ahhhh….sea day.  The Banks children did not wake up until almost 10am!  We decided to switch things up and try breakfast at Enchanted Garden this morning.  It was great! Pretty much the same buffet as Cabanas, but you could get made to order omelets, and it was a lot less crowded.  (Maybe that’s because most people had eaten at a more normal breakfast hour 🙂

Right before breakfast Halle and I stopped by to see Elsa and Ana in their Frozen land. 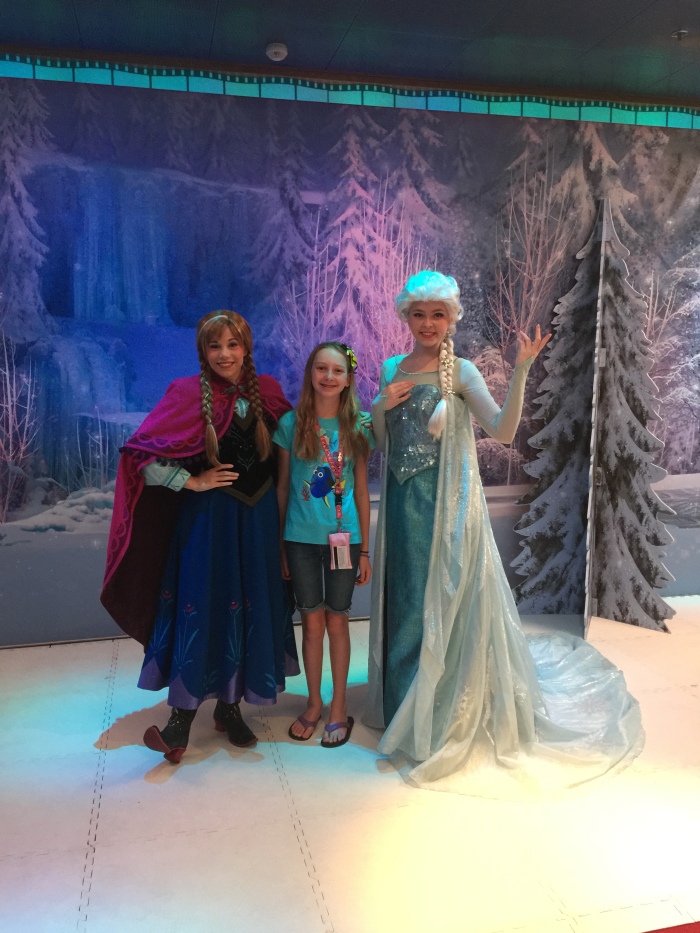 Then the girls went to the Bohns room and watched The Descendants while the boys went to play some more Infinity.  Blake really wanted to do the Midship Detective Agency so Rusty took him around to find all the clues.  I joined them for the last few.  It was super fun and Blake thought it was so cool that the pictures would interact with him.  Halle and Berlynn really liked Midship Detective too.

Blake, Rusty and I hadn’t been on the AquaDuck yet, so we put our suits on and went to give it a try.  The line was about 30 min long, but they had Lady and the Tramp playing on Funnel Vision, so waiting wasn’t bad at all.  Blake and I rode together and Rusty went alone.  It was really fun!  We all liked it a lot! (Image from Coaster Critic) 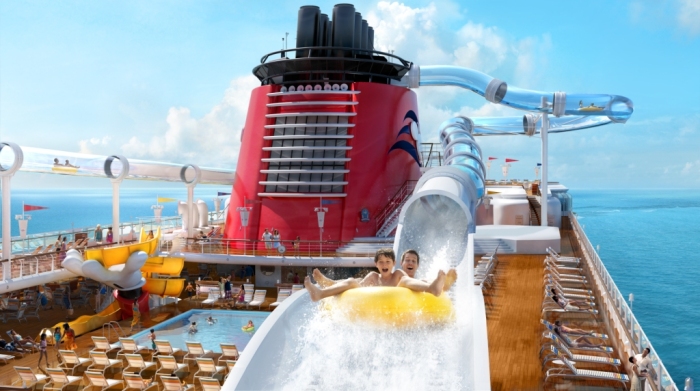 After the ride Blake wanted to veg in the swimming pool and finish watching Lady and the Tramp.  So Rusty and I found some deck chairs above the pool to keep and eye on him and read our books in the sun.  It was WONDERFUL.

Josh and Ez then went to see Rogue 1.  Rusty decided to join them for the last 1/2 of the movie.  So fun to have a Movie Theater on the ship!  After Blake was done swimming/watching we grabbed a quick lunch.  He got dressed and then wanted to go see Moana at the theater.  So, I bought him a popcorn, got him settled in and then hightailed it to the adults only section of the ship.

HEAVEN!  It’s so quite up there, and the deck chairs are waaaaay more comfortable.  This is where I parked myself for the rest of the afternoon.  There was a slight breeze blowing so it never felt too hot.  I had a nap and read more of my book.  This is why cruising is so great.  There is time for both adventure and relaxing.  And I don’t feel at all guilty about sending the kids away because I know they are having so much fun.  Rusty came up and joined me for a little while too. 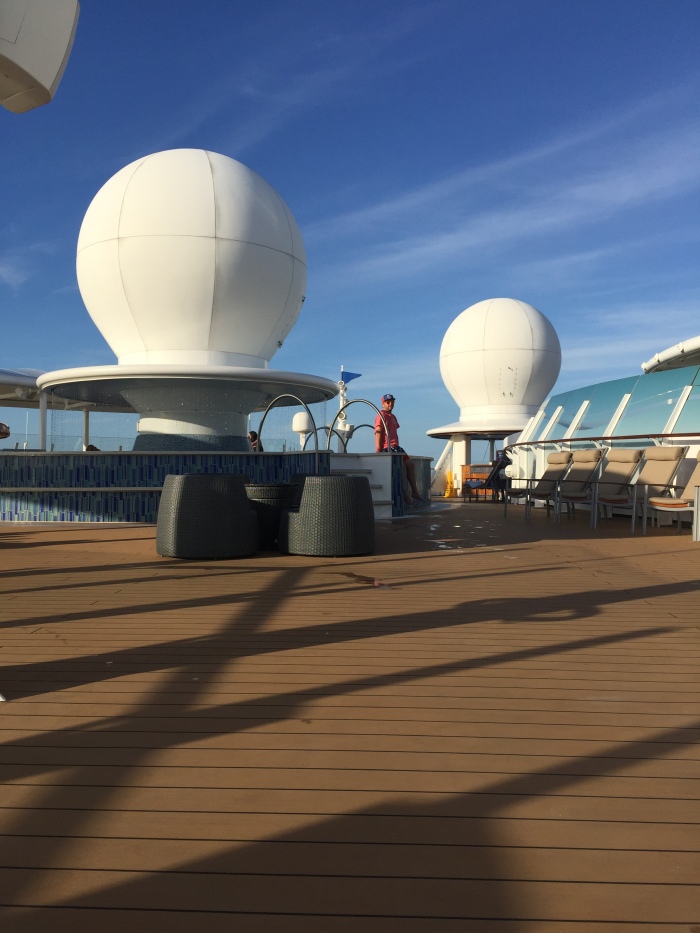 We all met up for our last dinner at Animator’s Palate.  This is definitely the coolest venue. All around the restaurant are giant TV monitors made to look like picture frames.  The frames come alive with ocean scenes during dinner and Crush the Turtle comes to visit.  It’s exactly like Turtle Talk at Epcot where Crush interacts with the kids, asking them questions and answering in funny ways.  We all learned how to do a turtle dance at the end.  It was really cute.  When Crush has finished making his rounds to all the tables all the screens turn into beautiful sketches from Finding Nemo.  We all thought it was super cool.  Also super cool?  TWO DESSERTS at dinner! 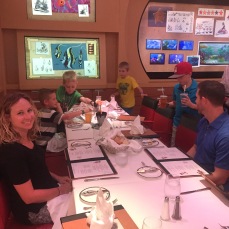 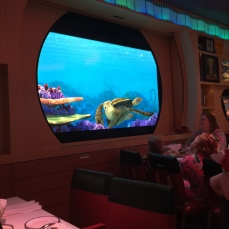 How is it possible that our trip is almost over?  Time just flew by!! We have loved every single minute, and would recommend a Disney Cruise to anyone.  ESPECIALLY if you go with friends.  Because that just made everything a million times better.  We couldn’t have asked for a more perfect towel animal on the last night of the cruise.  Meet, Princess’s new boyfriend–Towel Seal!

The next morning, after a quick jog around deck 4 and breakfast at Cabanas we were up and off the ship.  This vacation exceeded our expectations on every level.  Definitely one of the best family vacations ever.