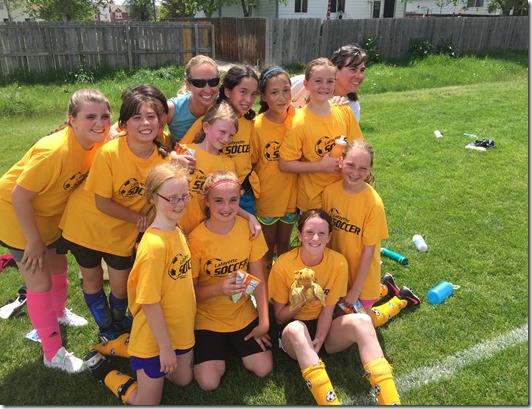 This was a pretty strange soccer season.  We had practice and games cancelled more times than I can ever remember due to weather.  That meant it was pretty hectic trying to make up all the games at the end of the season.  But, as always, I love coaching these sweet girls.  Halle ages out of Lafayette soccer this year and so I imagine my coaching days are over.  I absolutely cherish the relationships I get to build with these sweet girls and love to watch them grow their soccer skills and grow their character.  We played so well this season and so many of our players had great opportunities to really shine in positions that maybe they normally wouldn’t have picked to play.  Halle stepped up for our team this year and played goalie twice.  She was so awesome!  She was aggressive and confidant.  Also, on our last day of the season in double header, she scored two goals.  It’s so much fun to watch her out on the field.  It was also such a great feeling to step off the field after an undefeated season.  I could not have been more proud.  This season I was also especially grateful for my assistant coach, Gianna.  She was amazing to work with and we had some fun practices! 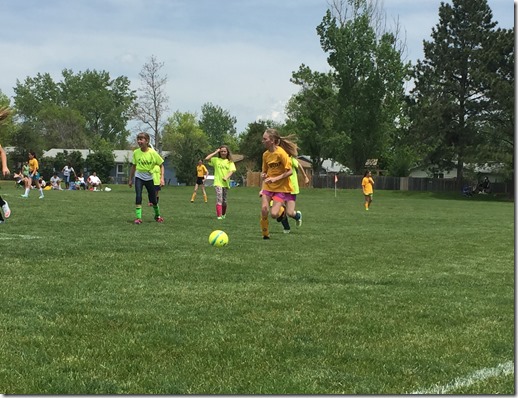 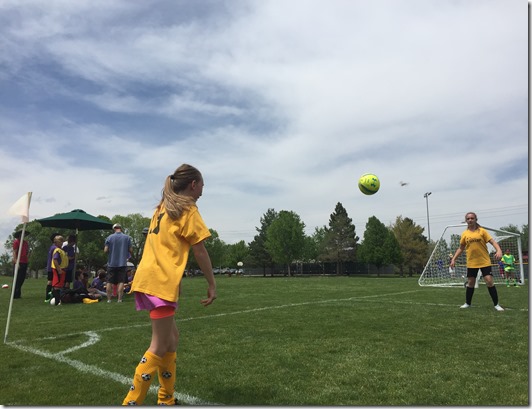 We had our annual Parent Vs. Kids soccer game and the kids pulled it out at the last minute.  I got a pretty decent scrape on my leg that turned into a bruise that lasted like 2 weeks!  I don’t like their aggression when it’s directed at me! 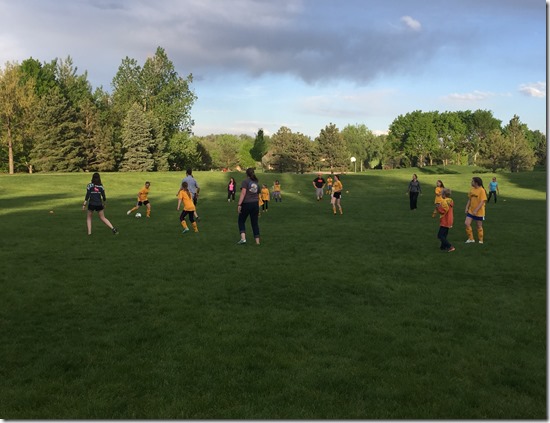 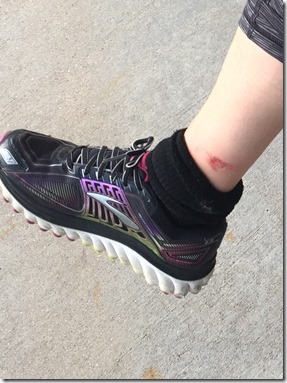