It’s been music month over here!  Concert after concert and it’s been so much fun to watch the kids perform.

First up:  Honor Band for Halle.  She got to perform in a district wide honor band with a guest conductor.  They practiced together all day and then presented a concert that evening.  It was so so good and I loved that they played totally different music than she was used to in her band. 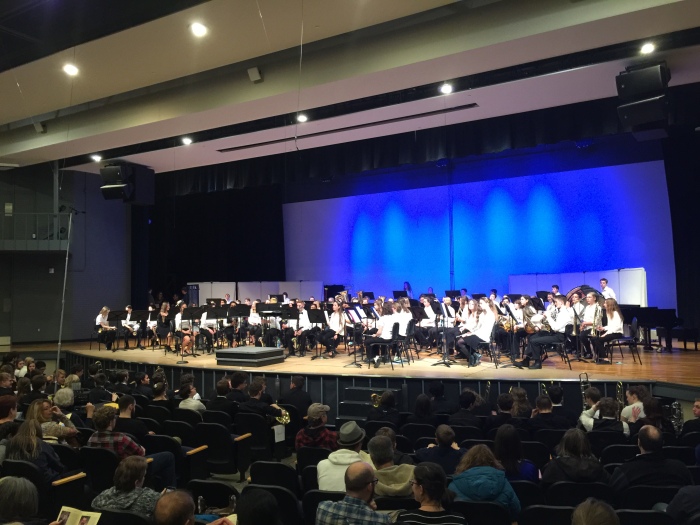 Next up was the Erie Choral Festival.  This is the 2nd year they’ve done this event and I absolutely love it!  All the elementary school choirs, middle school choirs and high school choirs come together to perform.  They perform 2 numbers all together, and then each choir performs a number on their own.  I have to say, Black Rock brought the house DOWN!  They got more applause than even the top HS choir.  Mrs. Harvey does such a good job with those kids! 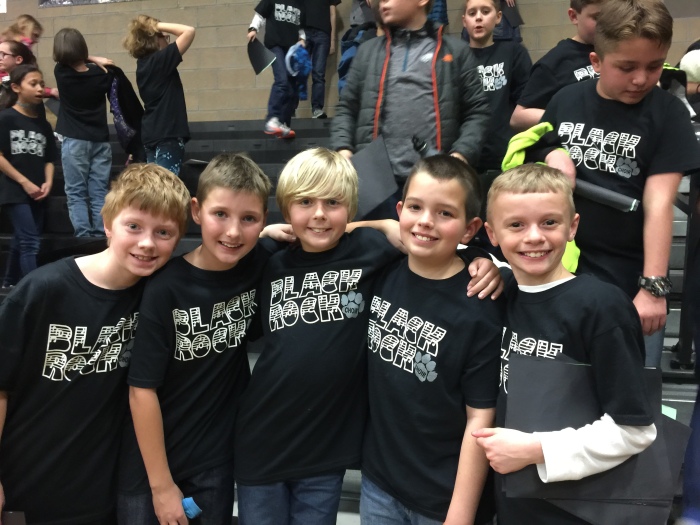 Then Blake had his 3rd grade concert.  This rendition of Stars and Stripes forever is my favorite!  Each class also had the opportunity to play the chimes.  I’m always so impressed at how well they do! And how cute is Blake’s Lego bowtie??? 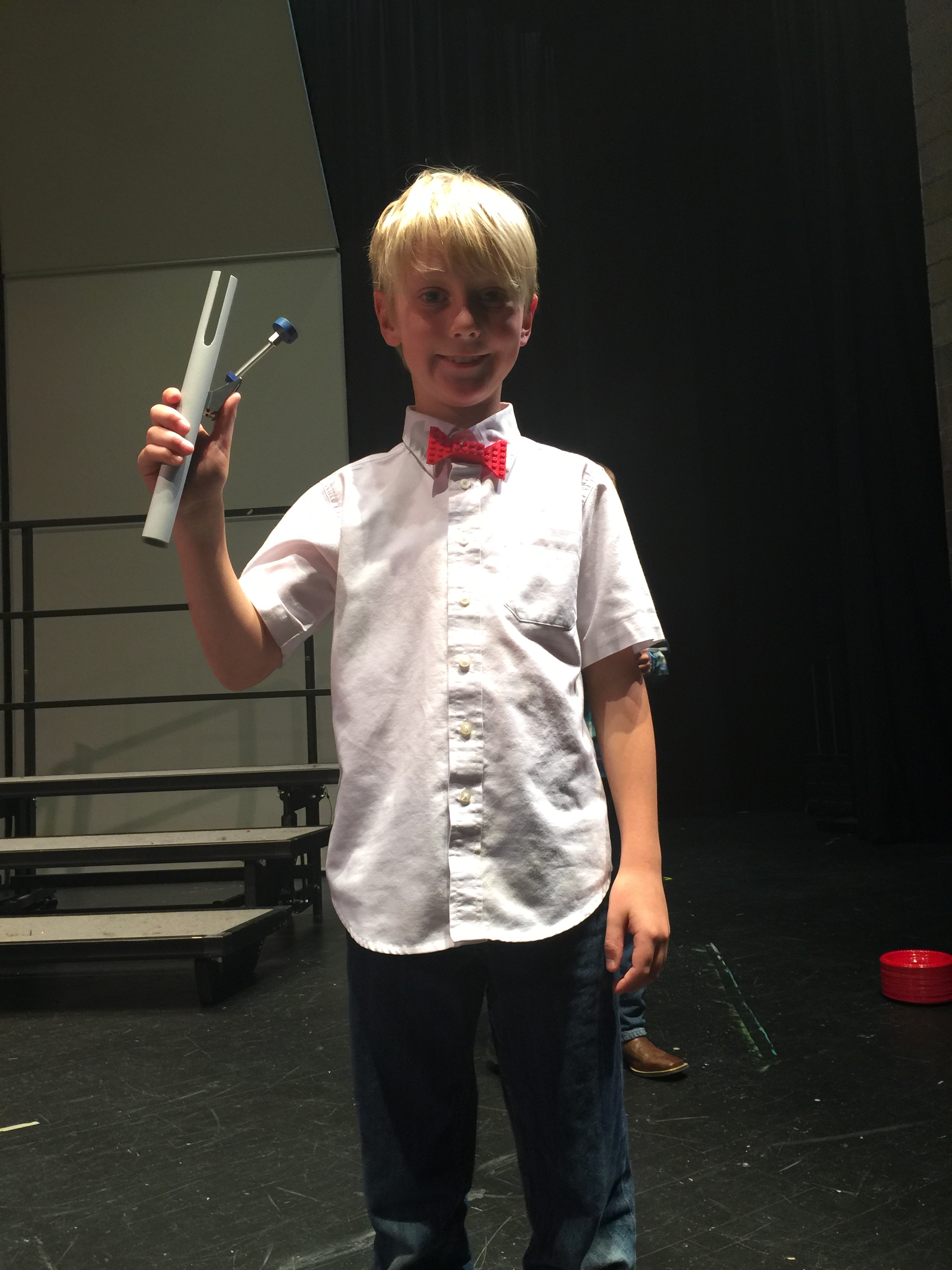 Next up was Halle’s Jazz band and 8th grade band concert.  They are getting pretty darn good! Although, they are a little loud for Josh 🙂

Clarie asked Rusty if he would take her to the Daddy Daughter Valentine Dance.  He was so honored, and they had a wonderful time.  They went to dinner at a Thai place before the dance and then went with the Kovachs and the Owens to Starbucks after the dance.  Apparently, at the dance the men had a calf strutting contest that was quite the hit with the little ladies. 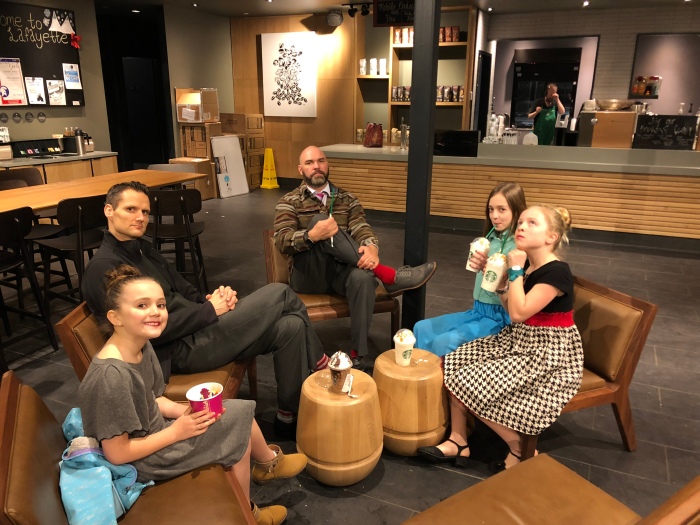 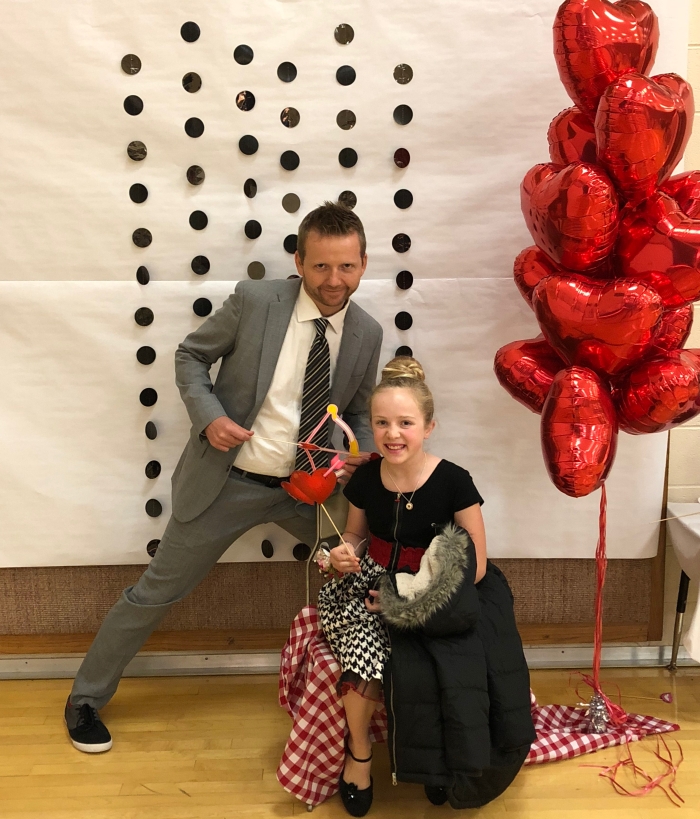 Super Bowl Sunday!  The Eagles beat the hated Patriots and this crew was THRILLED

Blake sleeps on his bear every night and Rusty is always afraid it’s going to fall on top of him and he won’t be able to breathe.

Pillow game!  They’ve got Rusty right where they want him! 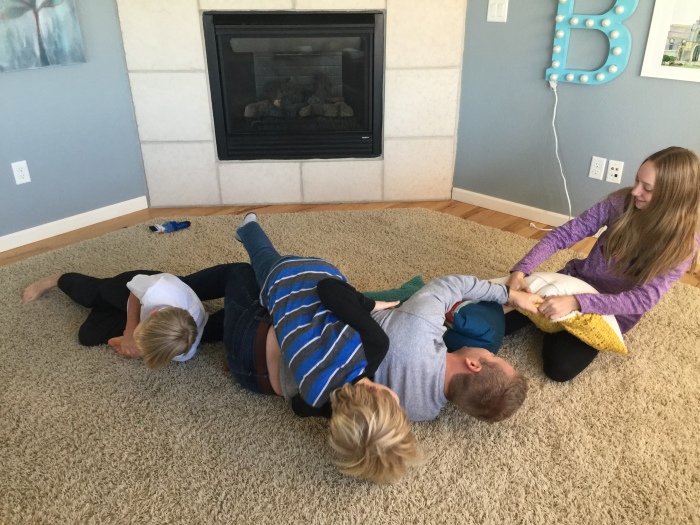 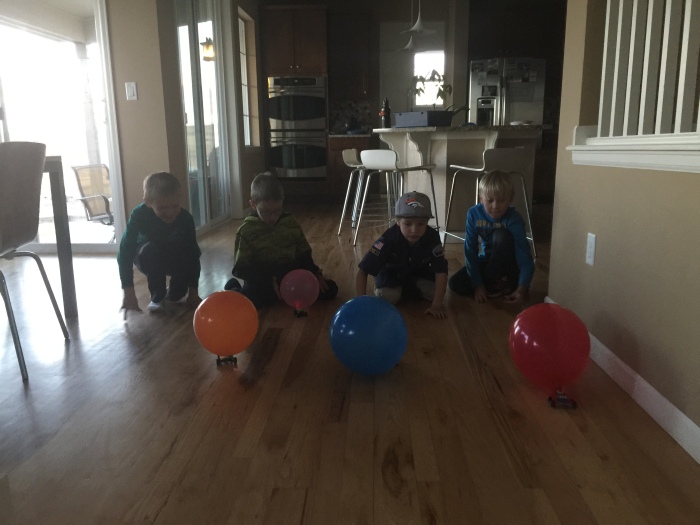 Sunday dinner game night.  These kids loooove to be together.

Klondike!!  Josh’s first scout camp out.  They didn’t stay the night because–Snow and freezing temps, but they had fun cooking their tinfoil dinners over the fire. 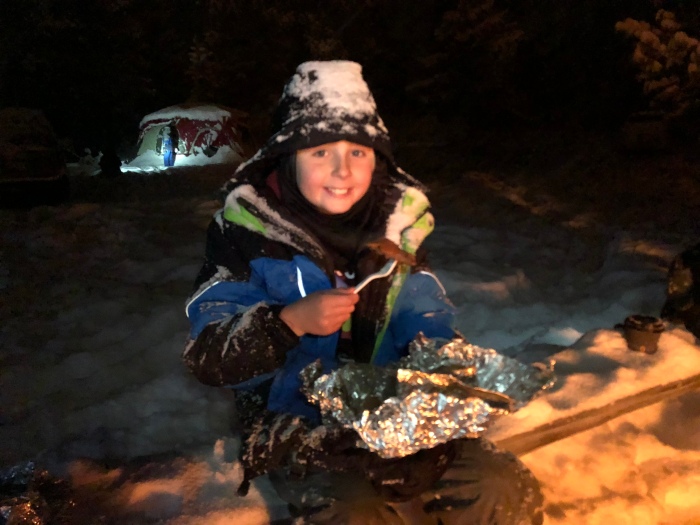 Halle is volunteering at the Humane Society and she LOVES it.  She is never so happy as when she comes home from walking these cute pups.

Josh and Blake built a cool fort in the basement and love to snuggle up inside and play their iPods/iPads.