This year I convinced Rusty that we should try some family skiing. We each got a 4 pack to Cooper Mountain over Labor Day when they are super cheap, got the kids gear at Boulder Ski Deals, and waited for the snow. And waited. And waited. It’s been the WORST snow year! We decided to stay the night over President’s Day weekend and get in 2 ski days for the price of 1 drive on the mess we call 1-70. 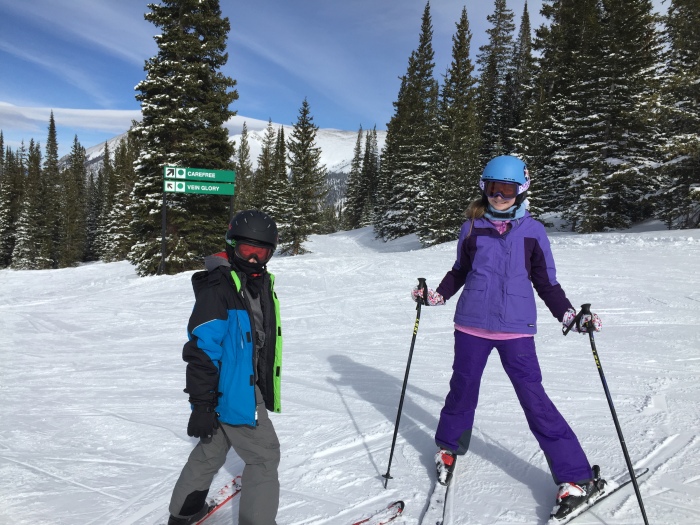 We didn’t exactly know how this was going to turn out. There was every indication that I could be a total disaster. So, we went in with low expectations. Turns out we could not have asked for a better weekend. The sky was blue and sunny, the snow was fresh, and the kids were skiing champs! Blake started out on the magic carpets and we thought he’s probably be there both days. But after about an hour he was ready for his first lift! Something just clicked in him and he was skiing so well. 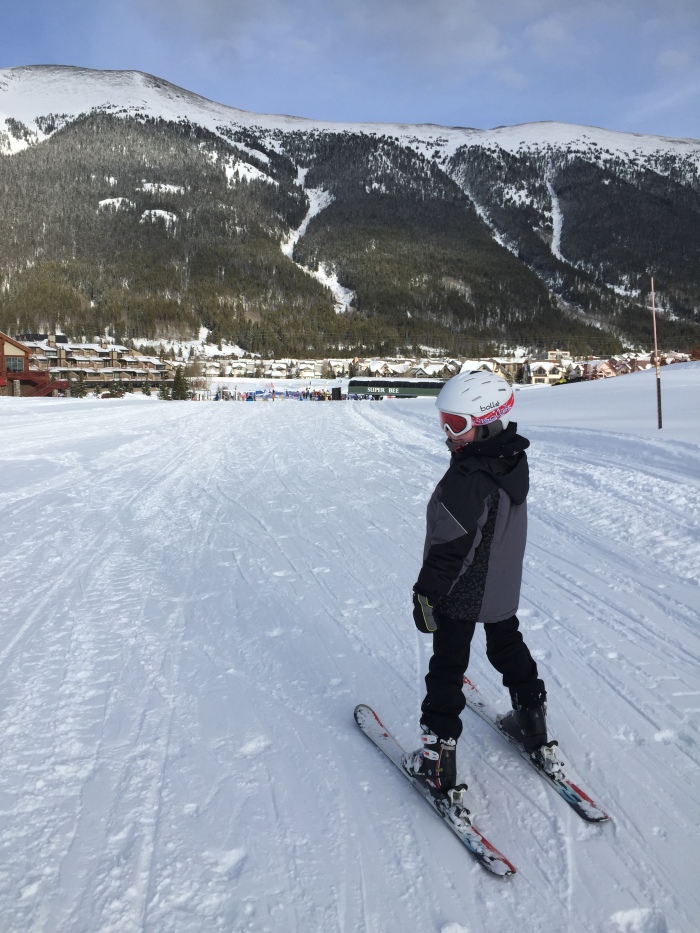 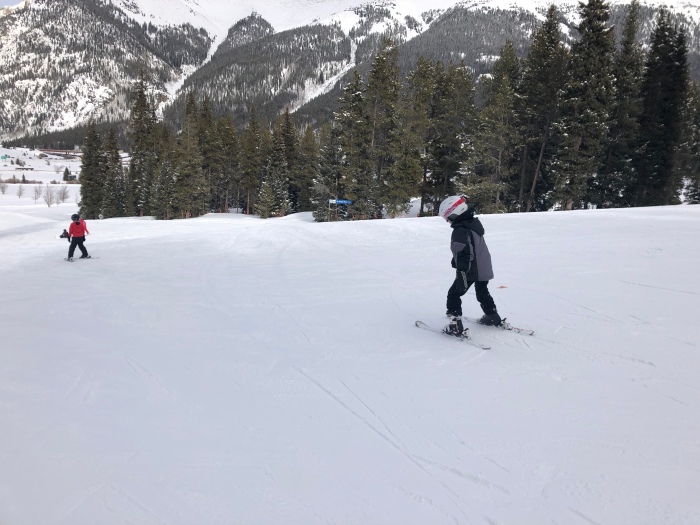 Josh too! And Josh had such a fun time. It was awesome to see him try new, harder runs. We skiied one afternoon together and I had the best time! 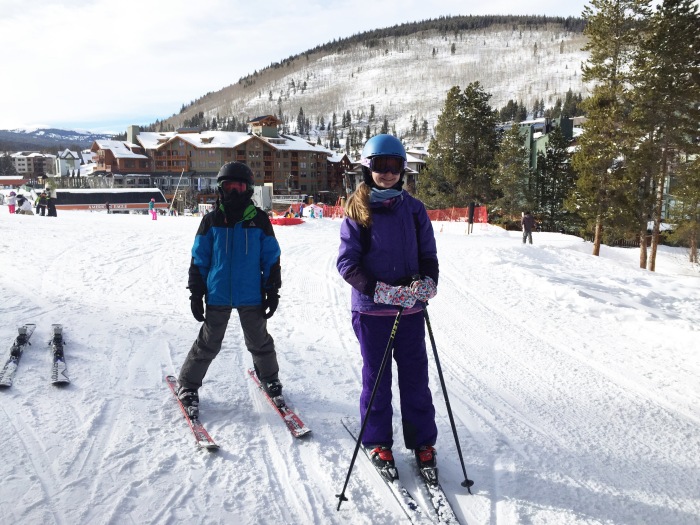 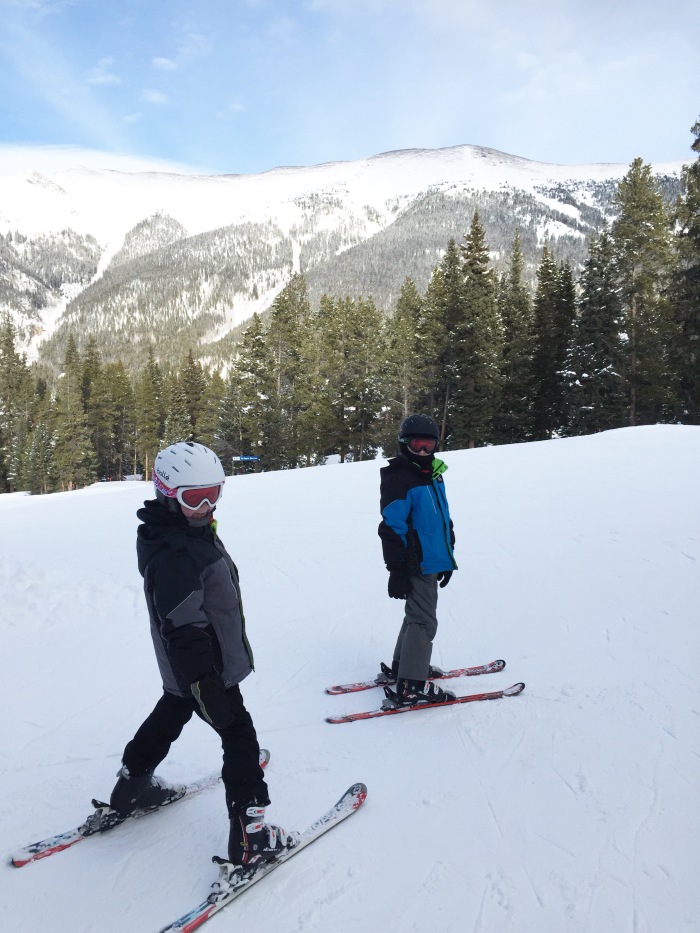 Halle was great, as always. 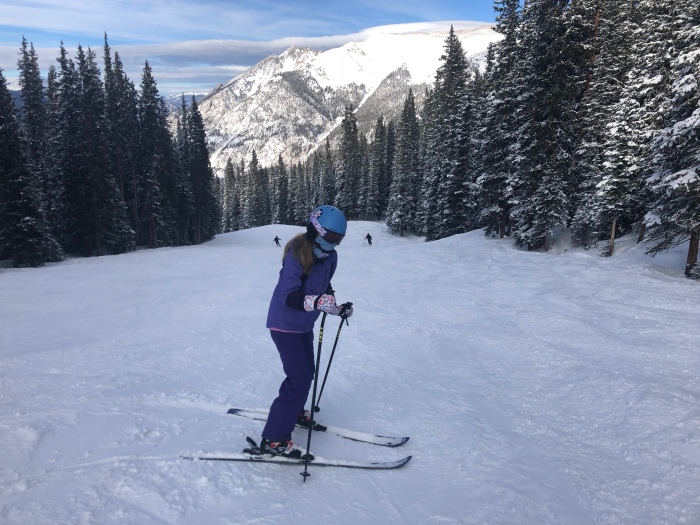 Rusty had a fun game going. If we could guess the exact number of the chairlift that we sat in, he’d pay us $20. $5 if you were only one number away. I won the $20 and Josh won $5. It was a great way to keep them engaged as we waited in the lines.

We all know that the entire reason we ski is so we can go rest in the lodge and have fries. It’s kind of the best ever. Josh had a bit of a headache and so we got a Coke as well to see if the caffeine could knock out his headache. Which REALLY made it the best thing ever. I don’t know why, but my kids think Coke is the greatest. 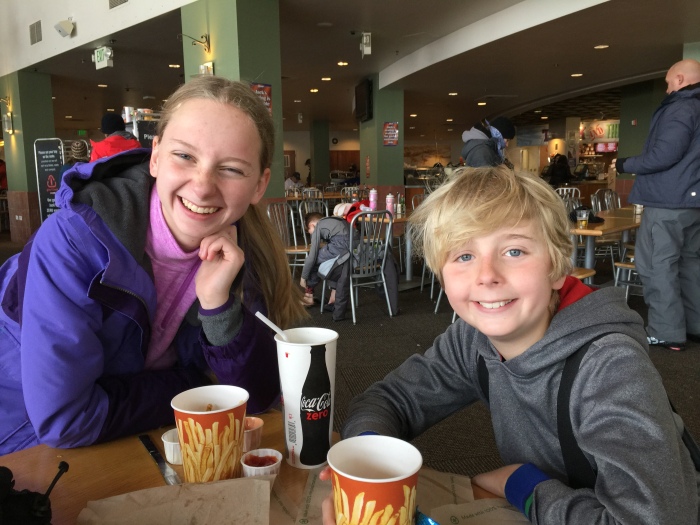 Blake and Rusty were having too much fun on the slopes to stop for fries. When they were done, the lodge was already closed. Blake was devastated. We made up for it with some sour patch kids at Walgreens.

Right after skiing we headed to Dillion to go to the Ice Castle. We were delighted to pass the “GOLDthorne” sign on the way celebrating Red Gerard’s gold medal in Slopestyle snowboarding. 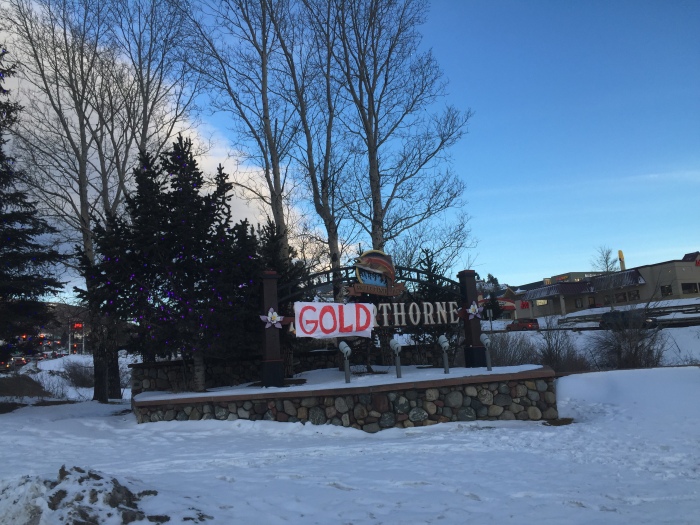 The kids and I had done an ice castle in Breckenridge many years ago, but they mostly didn’t remember it. And Rusty had never been. He was skeptical until we got there and was immediately converted by it’s awesomeness. 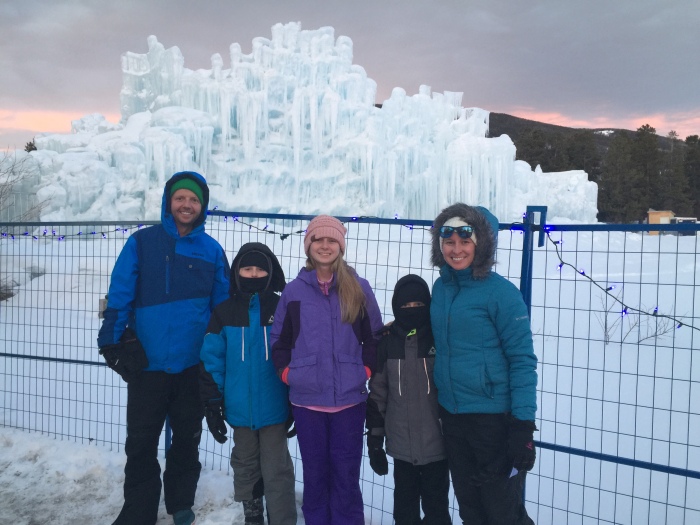 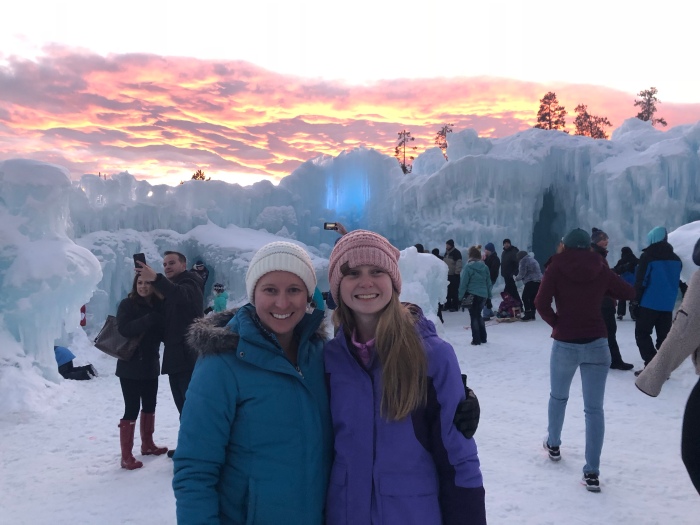 The ice slides were so much fun and we loved enjoying the spectacular sunset from inside the ice castle.

And once the castle was dark, we had a great time playing with the beautiful lights shining through the ice. 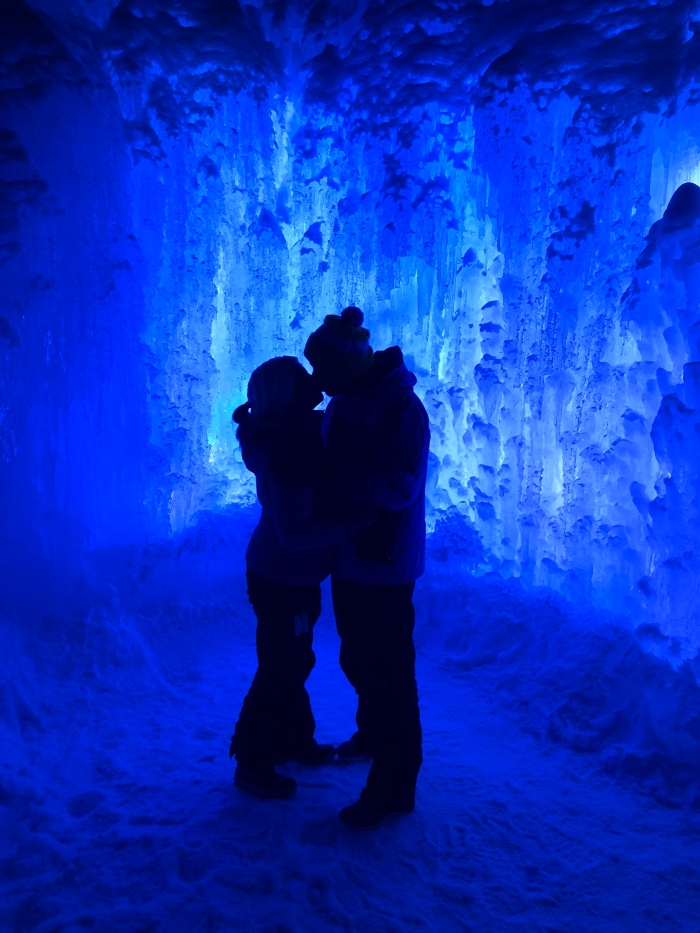 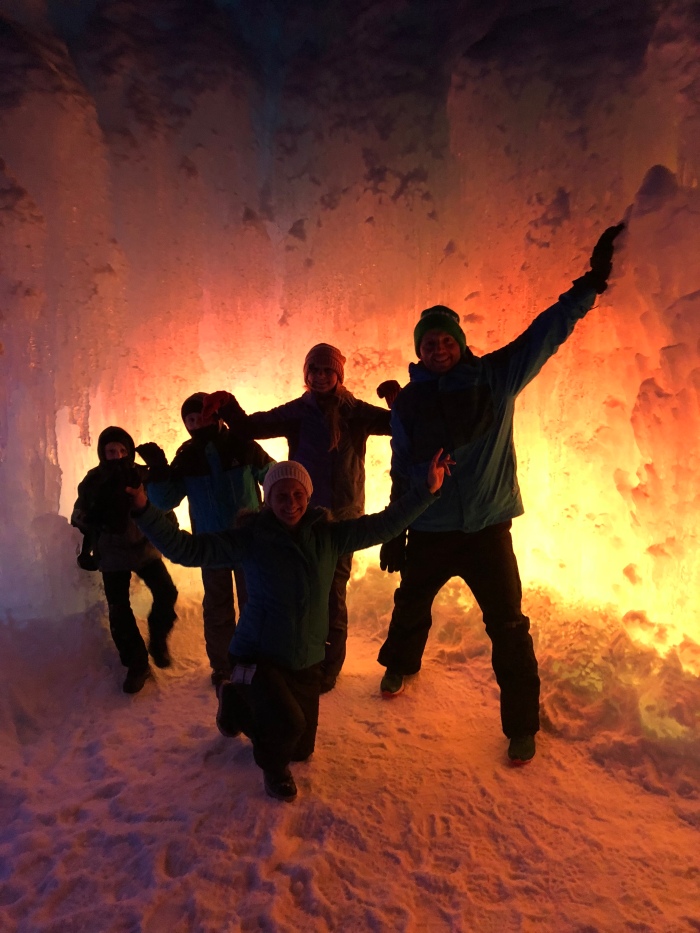 Next up was dinner. We were freezing and starving by this point. Luckily we found a little strip mall with a Noodles Inc, a Cheba Hut, and a Qdoba. Something for everyone!

We made our way to our hotel and me, Halle and Josh immediately hit the pool and hot tub. Blake got distracted by Bug’s Life on TV. The Pool was awesome. It was super warm. The hot tub was not quite as awesome. It was SCALDING HOT Like 115 degrees. After about 4 minutes I thought I was going to pass out! 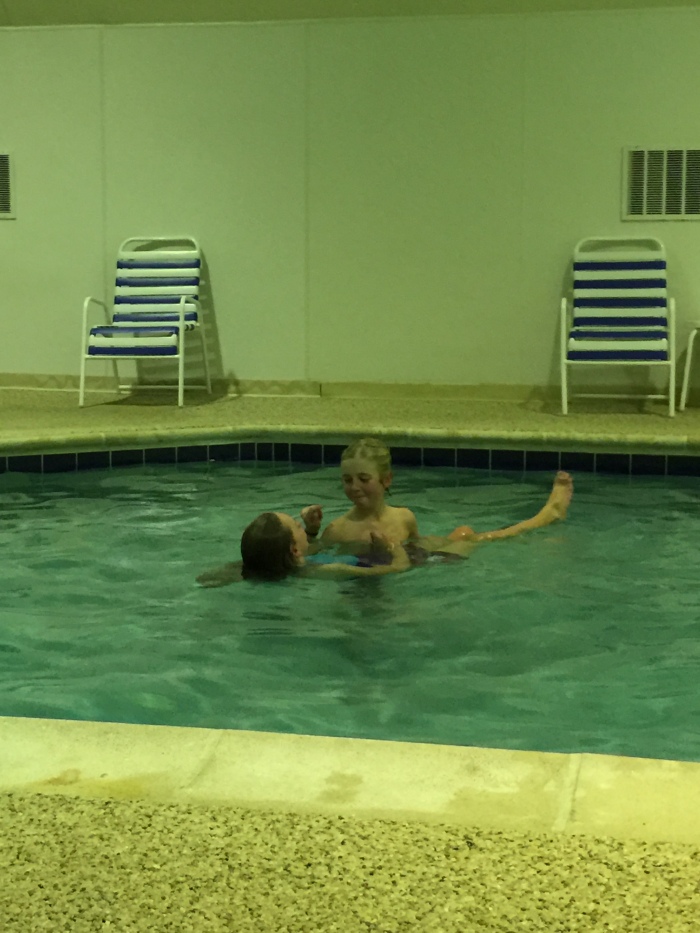 We had arrived at the hotel too late to claim a rollaway bed which means someone had to sleep on the floor. I think we have reached the point where we are going to have to get bigger hotel rooms so we can all have a bed. Halle bravely volunteered to sleep on the floor and we made it as comfortable as we possibly could. Josh and Blake refused to sleep in the same bed so I slept with Blake and Rusty slept with Josh. It actually worked out quite well–Blake is so little that I felt like I had the bed to myself! 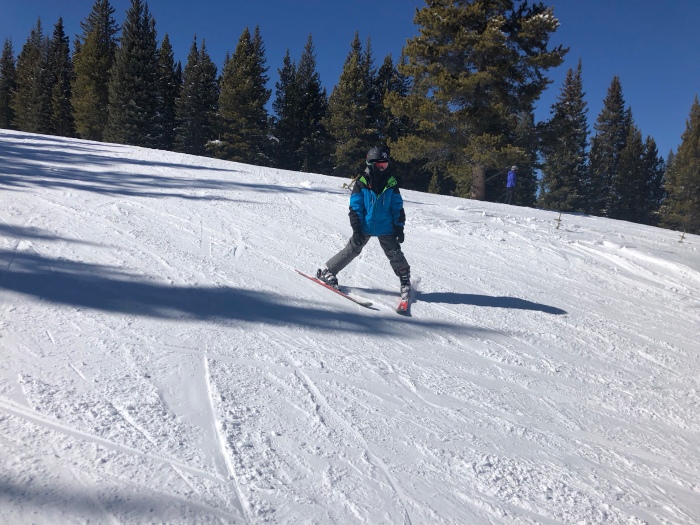 We slept in the next morning, ate breakfast and watched the newest Disney channel movie, “Zombies.” Then we hit the slopes again. Another perfect, Bluebird day. By mid day Blake was ready to try the “real” chairlift and Halle was ready to take a break (sleeping on the floor was not so great). So, Blake took her pass and off we went. I left Halle my credit card so she could get herself a treat. She rested up and found many funny T-shirts on Pinterest about being a gecko owner. 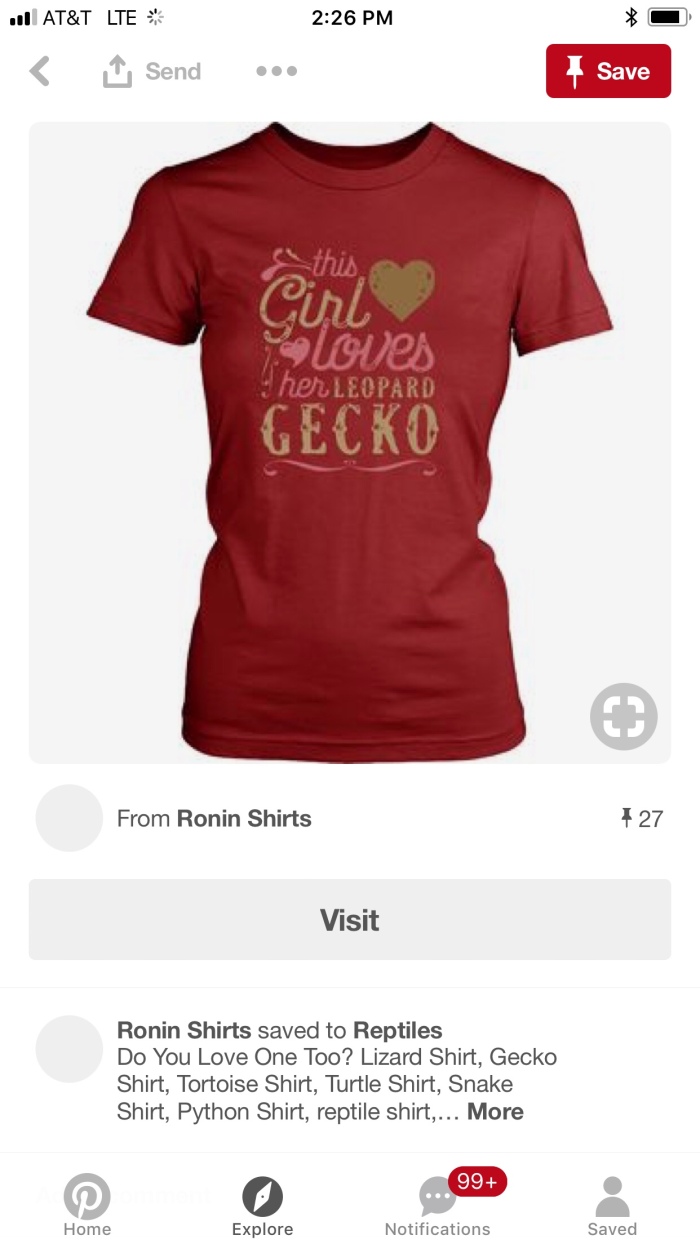 We lasted until right before the lifts closed. We ate fries, Halle and I went and made one last run, and then made the long trek home. Traffic wasn’t too bad (hooray). 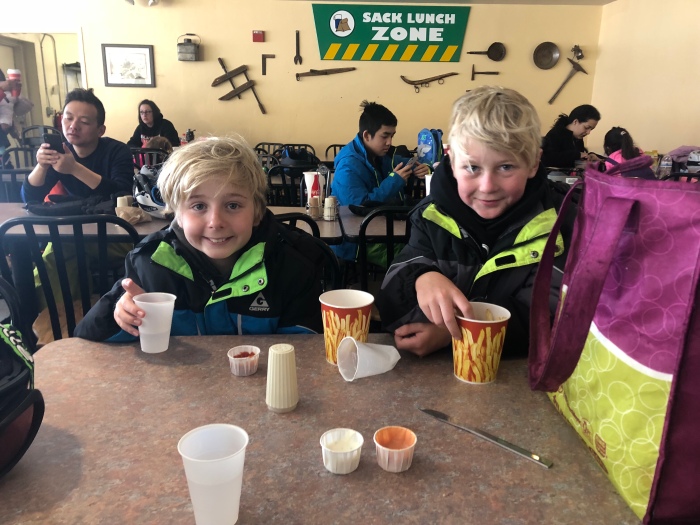 It was a great weekend with great memories full of accomplishments for these tough kids. I loved every minute of it. Right before we left we got Copper Mountain stickers to add to our helmets and our trip was complete! 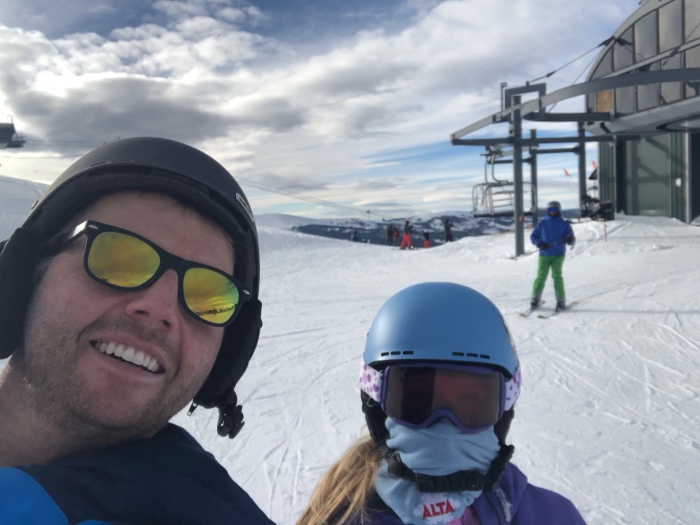