All our Christmas Events were so fun I think they all deserve their own post!  After we got home from skiing and a quick shower, the Cornell festivities began!  We had the traditional Costco ribs for dinner along with rolls, cheesy potatoes and a pear salad.  Delicious!
Then we dressed the kids up for the Natvity.  We tried to do pictures first, before the Bible reading this year so the kids might be in a better mood, but it just kinda turned out the same as always.  They try to be good sports, but they all rip those costumes off as fast as they can when it’s over. 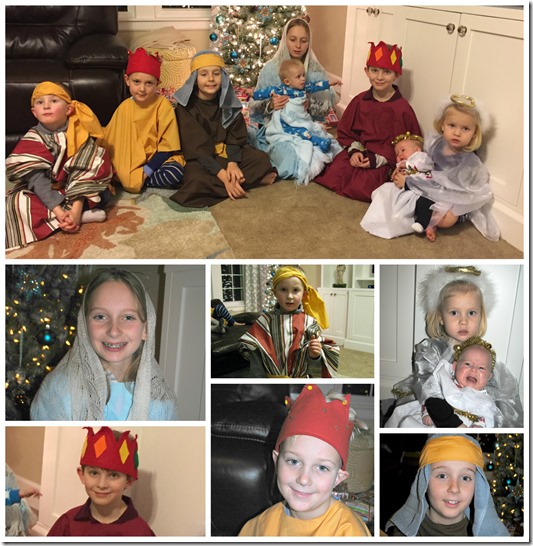 Now on to the talent show. Halle played “Jolly Old St. Nicholas” on the clarinet wonderfully, Josh played his piano recital songs and Blake played “Peter Peter Pumpkin eater very well.” (One of his new year resolutions is to learn a new piano song so he’ll have something new to play next year)  Landon played star wars and then we all sang “Scrooge” in honor of Aunt Joanne, who passed away a few weeks ago.  Gwen sang “Let it Go” with her new karoke machine, and The Girls did their annual rendition of “Candlelight Carol.”  It was a rousing good time. 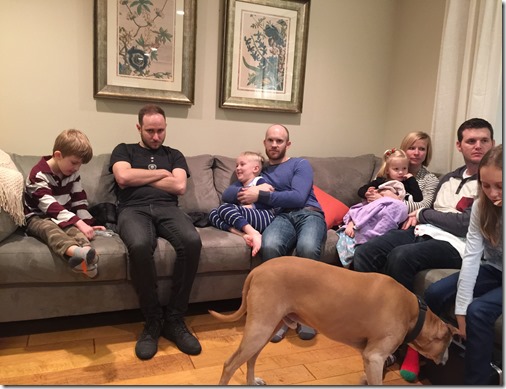 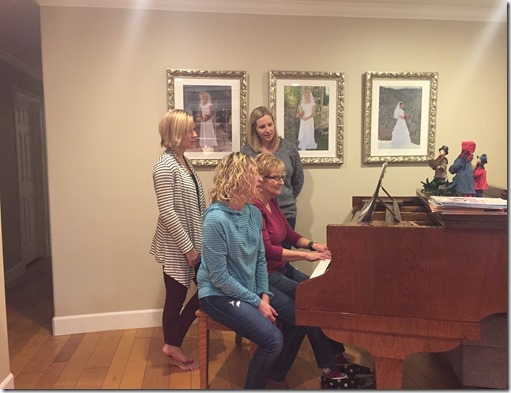 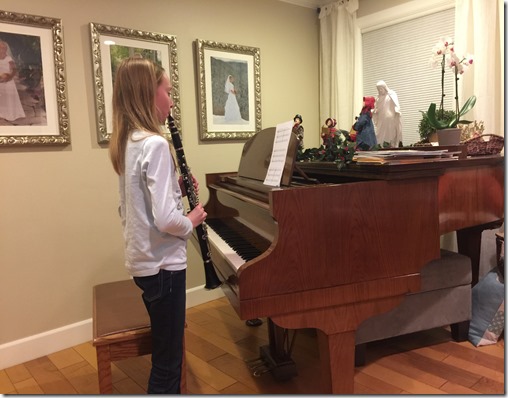 Grandpa and Grandma had a fun new game planned this year.  Well, everyone thought it was fun except Gwen.  It was called, “Naughty or Nice.”  The kids picked a number and then were read a scenario.  If it was nice, we said, “______ you are NICE!”  If it was naughty we pointed our fingers and said, “______ you are NAUGHTY!”  Poor Gwen just burst into tears when we told her she was naughty.  And I don’t blame her!  It was kinda scary to have all those fingers pointed at you. 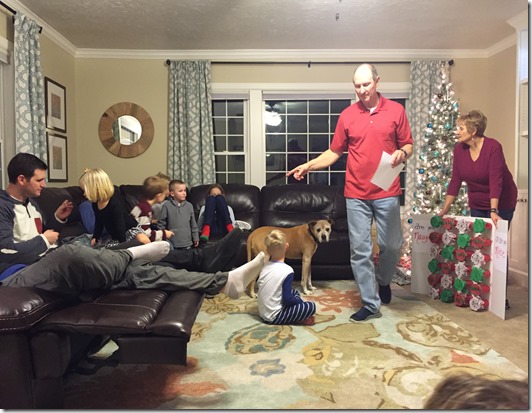 Grandma had a special suprise to go along with the pajamas this year.  She had made all the kids a cute pillowcase that matched their room.  The all loved them!  The espically loved getting inside them and hopping all over the room. 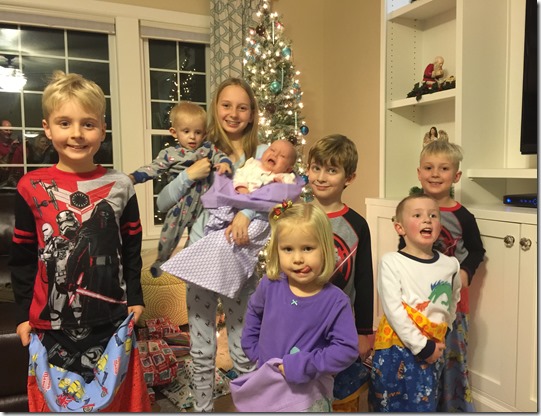 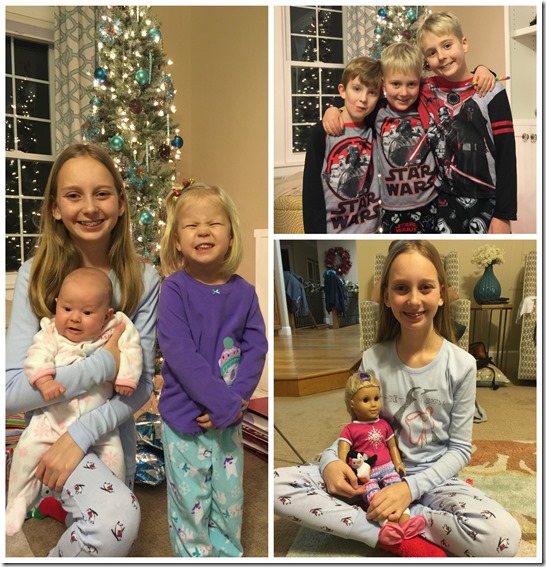 It was a very Merry Christmas Eve!