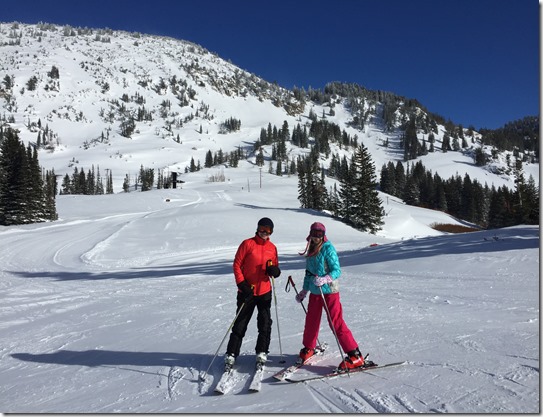 Josh was very unsure that he wanted to ski on Christmas Eve.  I floated the idea of him taking a lesson, and after MUCH coaxing, Rusty agreed to give it a try.  We showed Josh some videos of lessons and of the magic carpet on YouTube and pretty soon he agreed to go.  After we decided to put Josh in a lesson we decided it would be great for Blake too.  So, Josh, Cohen and Blake all took a lesson, which freed up the rest of us adults to ski with the big kids.  And I have to say, skiing with the big kids is soooo much more fun than trying to teach the littles!  I love them, but I was definitely not meant to be a ski instructor

There had a been a ton of snow in the previous days and the avalanche guns were going off like crazy.  They were so loud and the kids would jump a mile every time they went off.  Those darn guns almost sent Josh running back to the car, but he powered through. 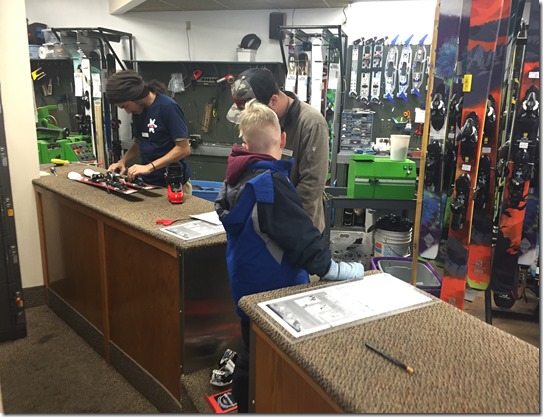 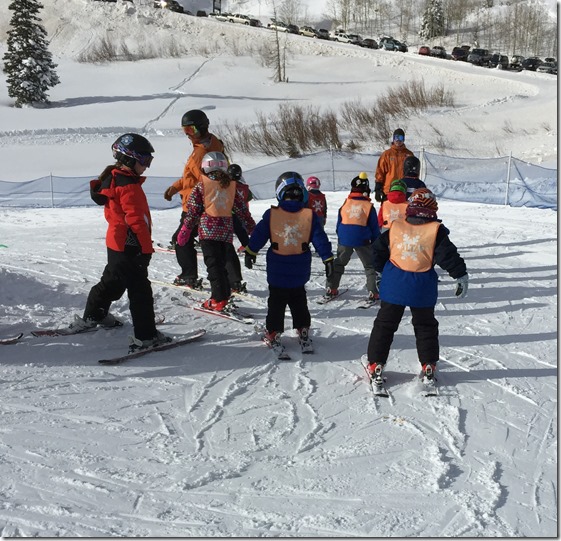 The day started off beautifully but was deteriorating as the afternoon went on.  The base wasn’t too bad but the lift and the top were soooooo cold.  My fingers, chin, and toes were so numb.  Halle’s too.  I could tell she was so miserable but trying to be brave.  So I stopped off at the ski shop and got her a neck warmer that she could nuzzle down in as we rode the lifts.  After a bunch of runs everyone was ready for hot chocolate and fries at the logde.  I don’t know why, but those Alta fries are the most delicious things on earth. 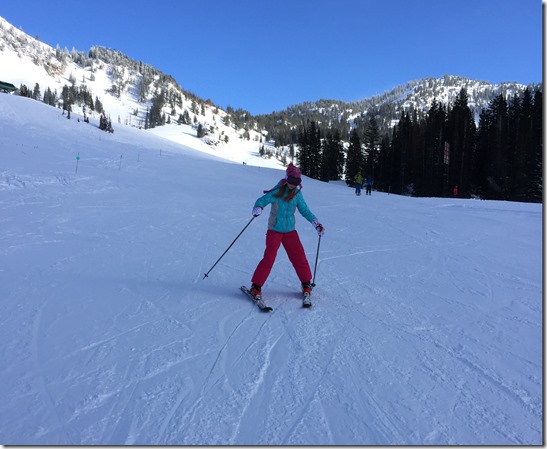 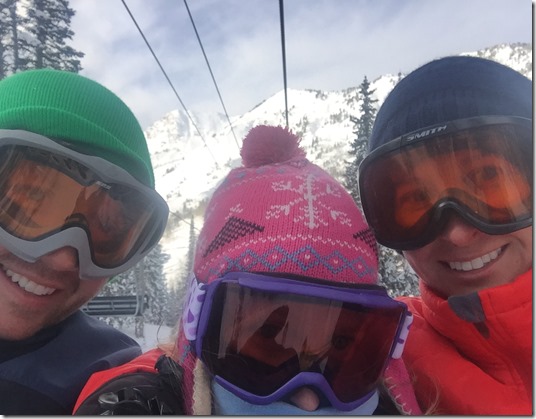 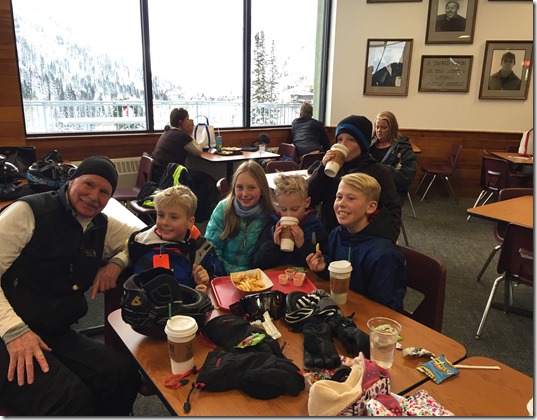 Then we went and picked up the littles from ski school.  Then it was back to the lodge for more hot chocolate and fries with them.  They were eager to show us what they learned so we all headed over to the tow rope.  I was impressed at what one day in ski school could do!  They were both skiing great and I was so proud.  I’m am now a definite believer in ski school! 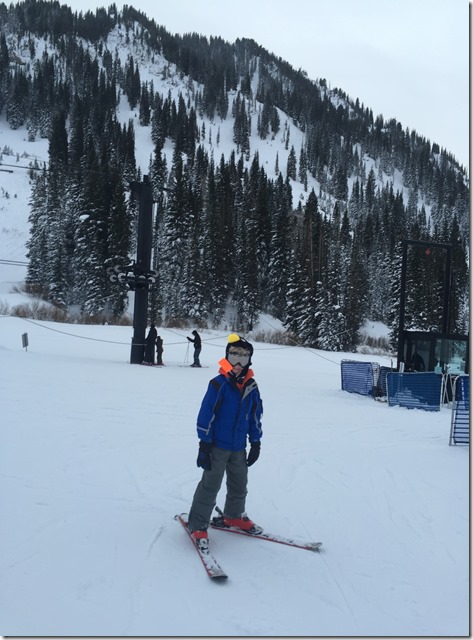 The highlight of the day for the big kids was skiing with Grandpa.  They think it is soooo cool that he can ski with them. 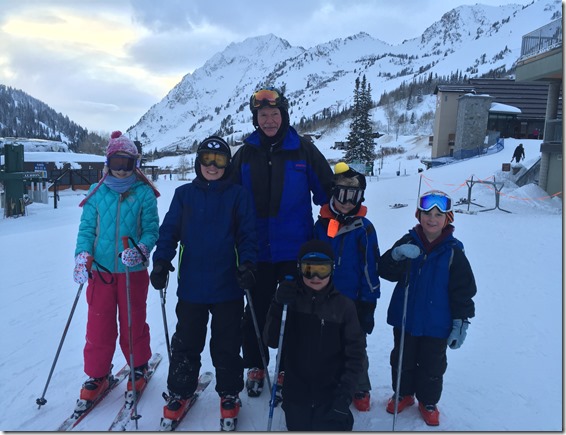 Halle and Bridger went up the lift a few times by themselves Halle and bridge took off to make a few runs. Halle and Bridge took forever to show up, I thought she was stuck somewhere and was just about to get ski patrol when they came down the mountain and sure enough she had gotten stuck in some powder.  It was Halle’s only time she had fallen that day and she waited right till the end. She couldn’t get her skis back on in the powder, and I think it scared her a little bit, but after a lot of work on trudging out of the powder she made it back down the hill.


Best part of skiing?  The kids sleep like ROCKS and Santa can easily come and do his business 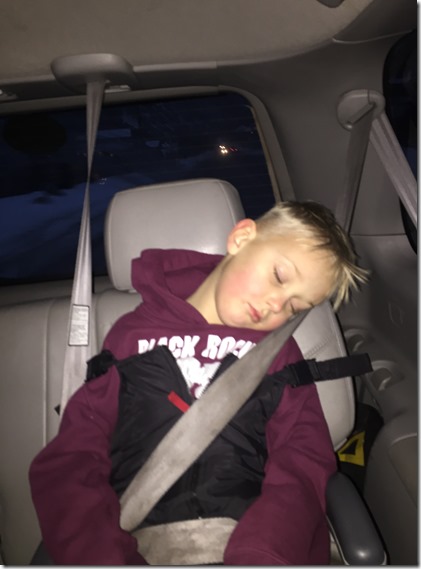