Blake’s turn to blog: We went to the beach. We went into caves. It was cool. We also went on a hike with 269 stairs. We saw the Golden Gate Bridge. Stairs are my enemy. The end.

When I told the kids we were going to have a beach day they cheered and rushed to get on their swimming suits.  I had to remind them that we were in NORTHERN Cali, and a beach day in SF means long sleeves, pants, and observing the very chilly water from a safe distance 🙂

We took a very slow bus up to Ocean Beach.  Halle loved seeing Seal Rocks, although as far as we could tell, there were covered in birds, not seals.

We explored some fun little caves in the rocks and Walter along the Sutro Bath ruins.  I was telling the kids the history and how it was once the largest indoor swimming facility in the US.  Josh sighed and said, “I wish we could have seen it.”

We wanted to hike along to Eand’s End costal trail but I knew the kids would need a good bribe.  I promised frozen yogurt from a cute little shop down the street from our apartment if they did the hike with minimal whining.  That seem to mostly do the trick.  The views of Golden Gate Bridge were absolutely beautiful. 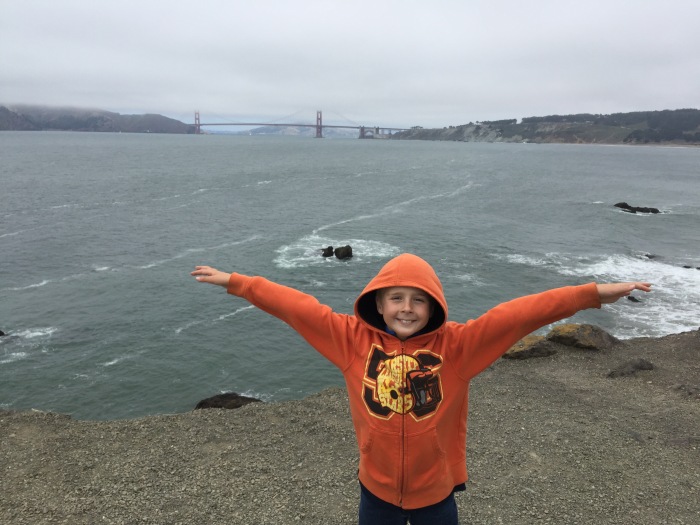 We tried out our selife stick for the first time on this trip.  We are not pros :We also found the labyrinth and the kids got dizzy trying to make their way out of the maze. 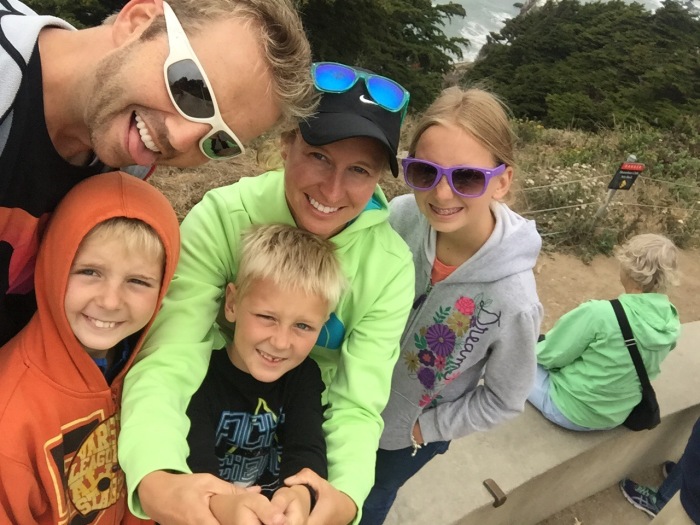 Even along the coast SF finds a way to throw in some mega hills.  We  climbed some STEEP stairs!

The hike was 1.5 miles in each direction and when we set out we fully intended on going the full 3 miles.  But at the turn around point we were all pretty done.  One of the best things about not having a car is the ability to quickly change plans.  We found a bus nearby that would take us home.  One of the worst things about not having a car is that said bus took an hour to get us 4.5 miles home. 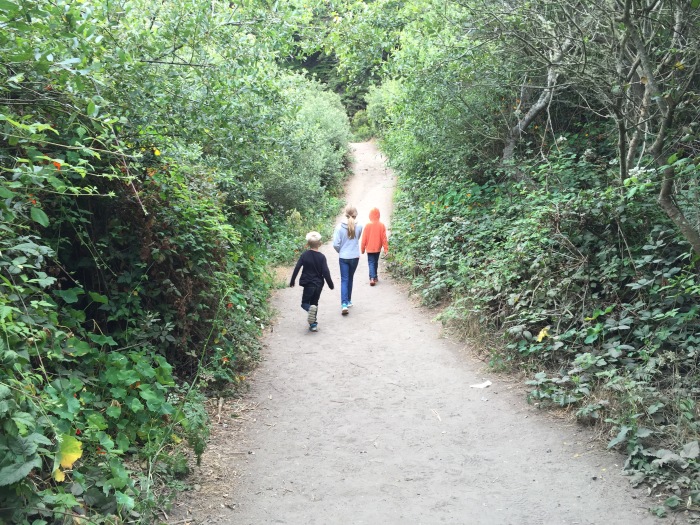 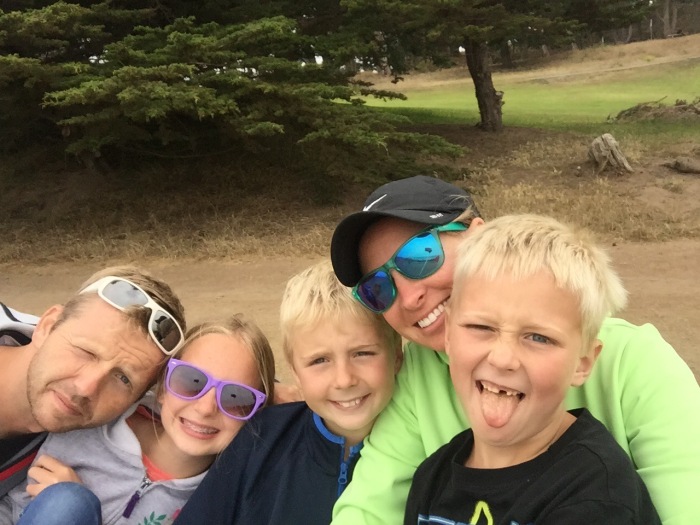 We all thoroughly enjoyed our frozen yogurt from Breezy’s after a long, fun day.