Rusty here:
I was up about 8AM NYC time so I hit the deli for Egg Bacon and Cheese on a Roll. Mmmm NYC is the king of american cheese. It was great, but for some reason the rolls kind of scratched my mouth up. Josh and I got ready and we were off to the US Open! I still hadn’t purchased tickets, I was waiting for the perfect time. Oh yeah it was about this time I realized I had forgotten all my shirts. I only had the one I was wearing and then Tara had packed a Harry Potter shirt for me for the 2nd day. That was funny. We got to the open and I finally bought our tickets. I had held off because I heard prices can go down and sure enough Rafa was a big draw but Djokavic and Serna and Federer were all in another day so I had a feeling tickets were going to decrease. And they did, down to about $125 before fees (from $165). I had also brought a metal water bottle which was prohibited. Josh pulled off a “tiny tim” where he brought the bottle and said it was his. Surprisingly they didn’t see it in the backpack and didn’t confiscate or delay us. On to the match! 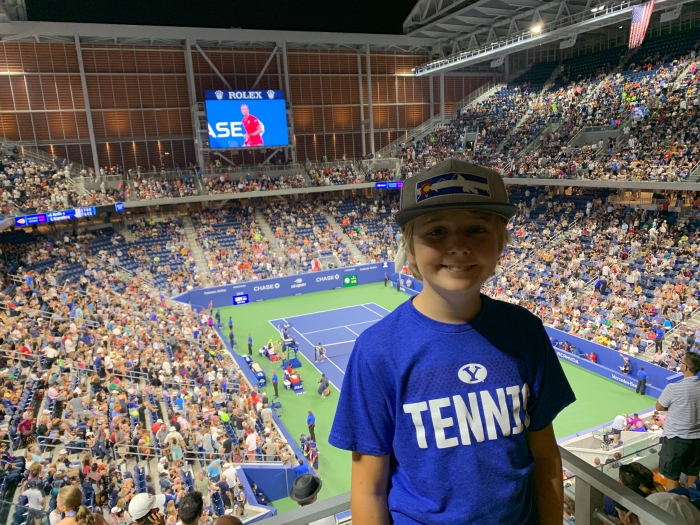 We started with a little bit of doubles on an outer court, then on to Wozniacki on the main court, (we were in ROW N which wasn’t bad at all). Then we saw the end of the Ahn match and the start of the Isner match. Then the Rafa match. Then some lunch of tacos and a crepe (MEH to both). After Rafa we watched a random women match and then my favorite part of the day we sat curtsied to watch two unseeded slug it out. I love sitting curtsied, it just feels like a different game. Josh was so sweet and so happy. He would just hold on to my arm as we would walk venue to venue. At the end he said Dad I just love this so much I had so much fun with you thank you so much. It was so sweet. What a great experience.

The crowd was into it. Mateas and Pympolio. And we were eating ice cream which was surprisingly worth the $8 that it cost (I was kind of roasted from sitting in the sun for a lot of the matches).

Into louis armstrong stadium to watch Monfils play his heart out which was actually really great. Lots of energy, tons of fun. I think we left there like 1030 or 1130, it was really late. Tara and halle and blake had gone to new jersey and eaten some delicious food and were ready for us to be done by the time we got back. 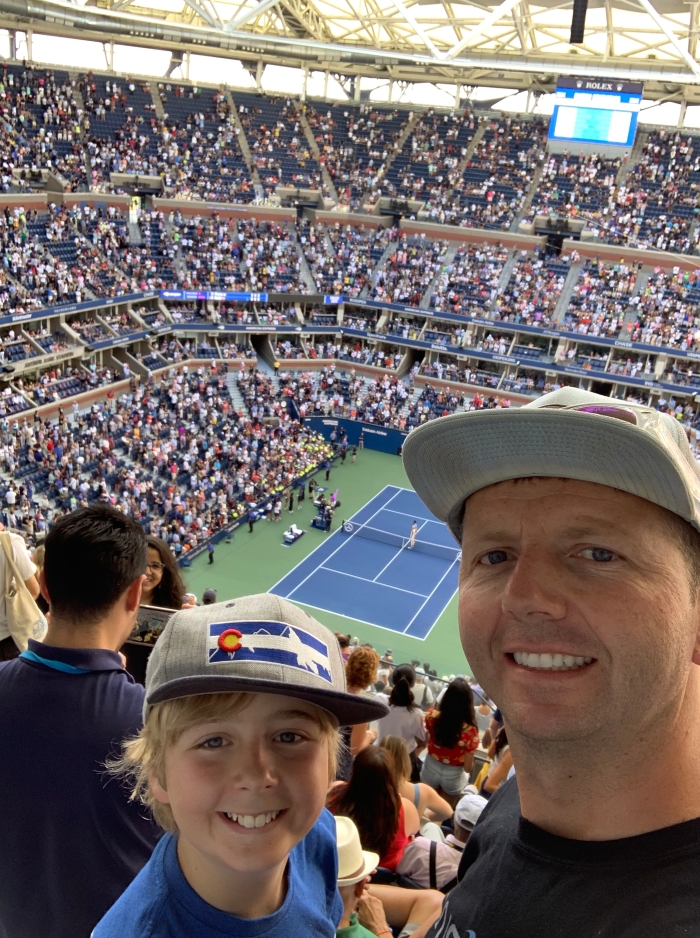 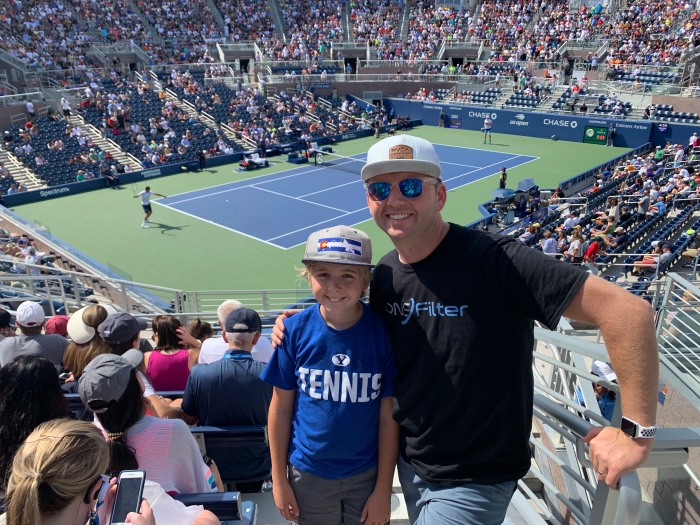 Then Monday night was the NIGHT MATCH!

Blake sleeps on the subway on the long ride to Flushing Meadows.

There was the most hilarious Mets dog outside near the security line.  The kids got the biggest charge out of him.  If you paid him $1, he’d shake your hand.

We got through security and watched the bryan brothers play jack sock. Blake was really rooting for Sock and it looked like it was working because they won. It was fun, he wanted to stay and was getting into it. We went to Rafa. It was okay, i don’t love watching Rafa for some strange reason.

Blake and I went to the fan experience for a few minutes and on the way back a nice lady gave us her tickets that were even better, in the lower bowl. We finished Rafa (it was a quick 4 set victory) and the 2nd to last point was where Rafa hit it around the net pole. He was on fire. The whole family was together. Halle was reading a book most of the time. Blake was playing a phone. This video of Halle reading, but still clapping, is my favorite thing ever.  She is such a good sport.  She comes along and just does her thing and never complains.  I love her!
Josh and Tara and I were loving every minute of it. We went to see grandma, she looked great as usual. She loves her element. Tina was with her. She gave us $5 for ice cream 🙂 Josh and I got an ice cream then settled in for the 2nd match, a womens match of Townsend (from USA) vs Berducci from canada. The crowd was really pulling for Townsend but she just couldn’t pull it out. We got done at like 1230 or 1. It was a long subway ride home where a drunk guy almost got in a fight with a belligerent nerd guy. We got home and our card didn’t work for the door. We were dead. I think we got to sleep like 230.B 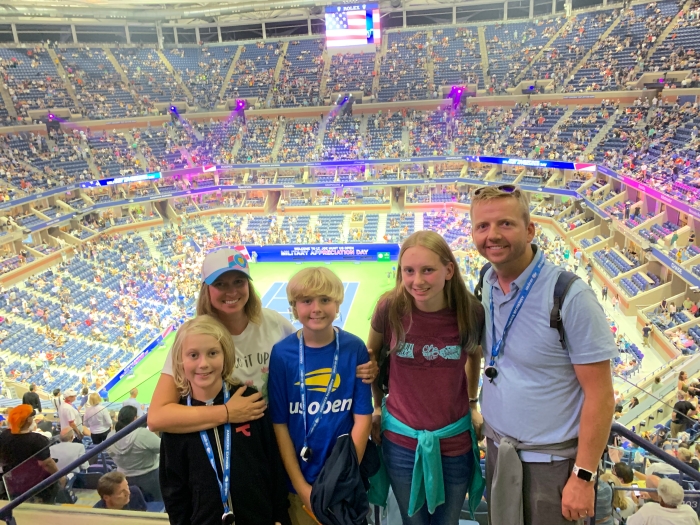