In the morning we hopped on a train to the exquisite town of Ghent. It was love at first site.  And can you believe all these bikes?  There were THOUSANDS of them at the train station.  I loved it. 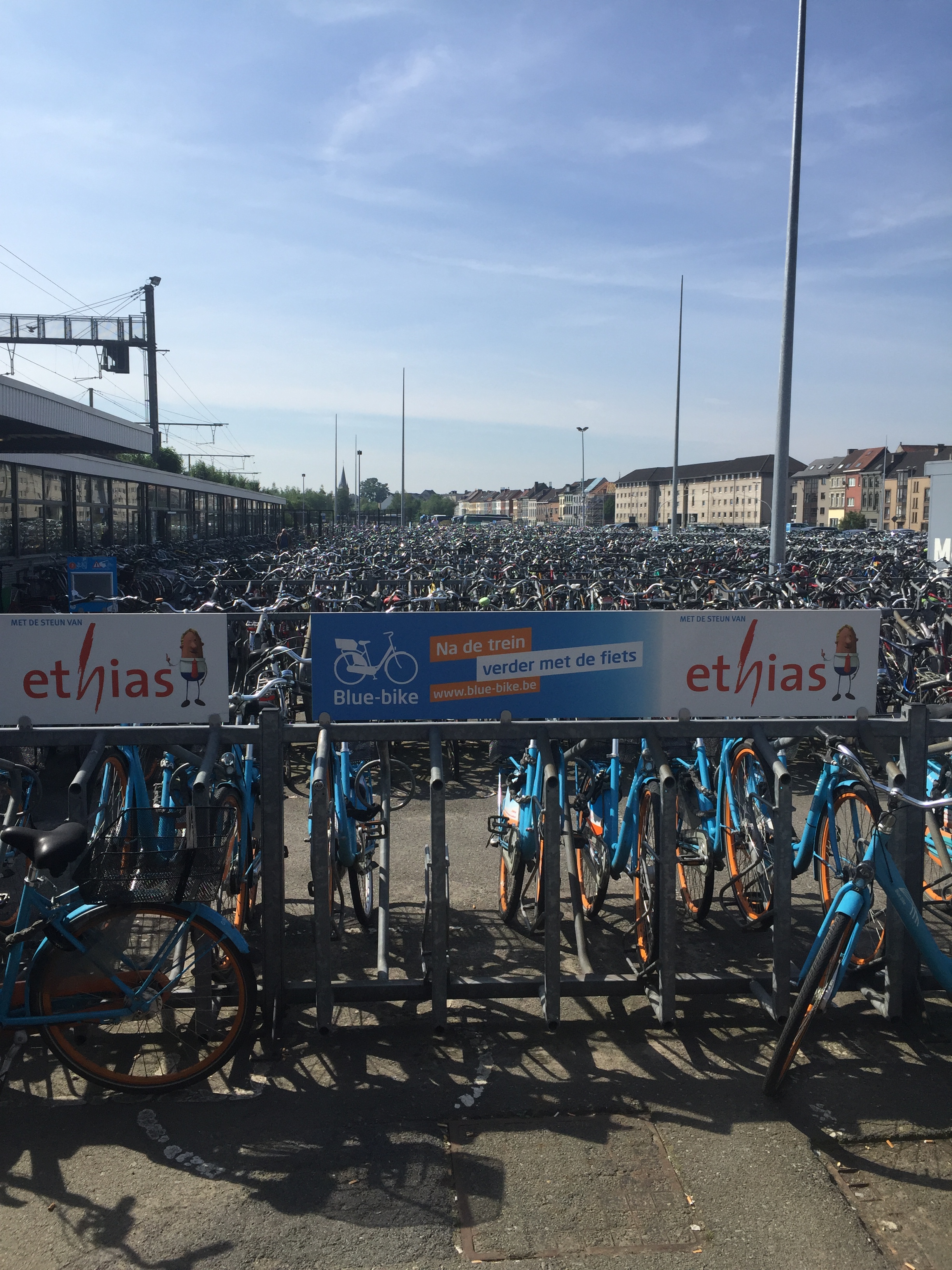 We stopped for some Cuberdons, the famous candy of Ghent.  We all thought they were just ok.  Kinda like a fondant jelly bean with a liquidish center.

All day long Gwen had a game going about her and Halle’s secret spy animals. Halle’s was a duck named George who could breathe fire.  Gwen’s was a Sand Boa named Piper.  Gwen declared that snakes were the most adorable animal ever. Even cuter than kittens. I’m not so sure about that, but this town is definitely up there on the cuteness scale. 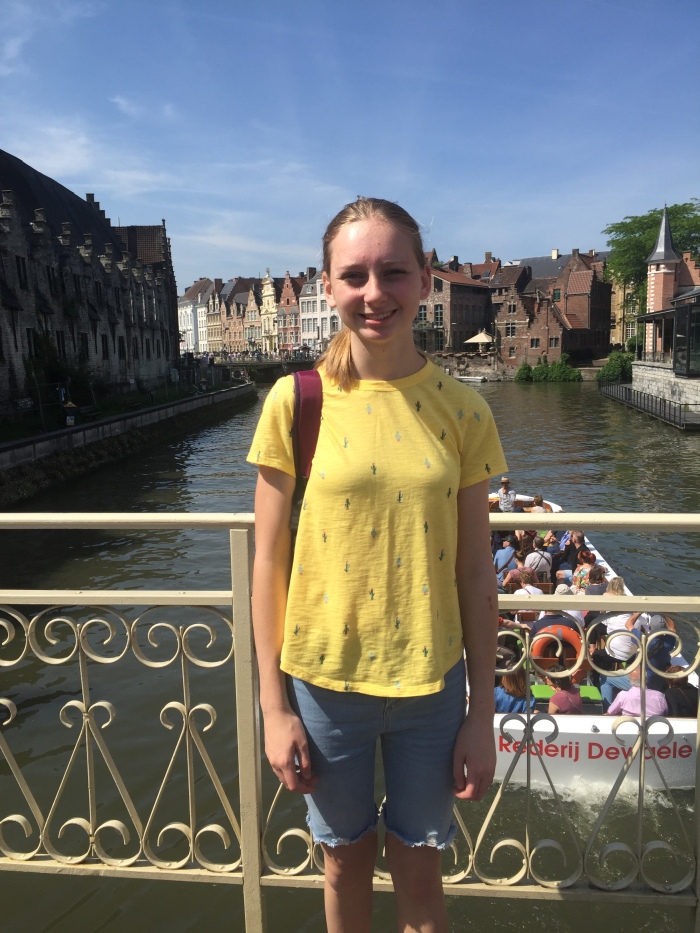 Then Graversteen Castle.  Halle loved this. We all did.  The audio tour that led you through the castle was brilliant. It had us in stitches the whole time.   So clever and so funny.  Gwen’s favorite part was about the high toilets right over the water and how people would applaud when the Count’s turds hit the water. 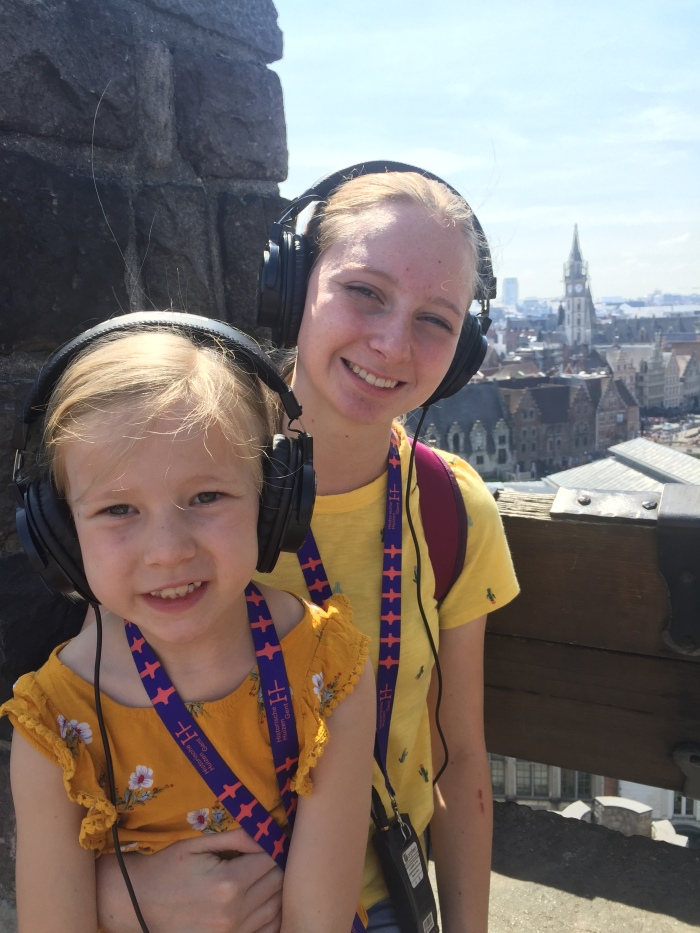 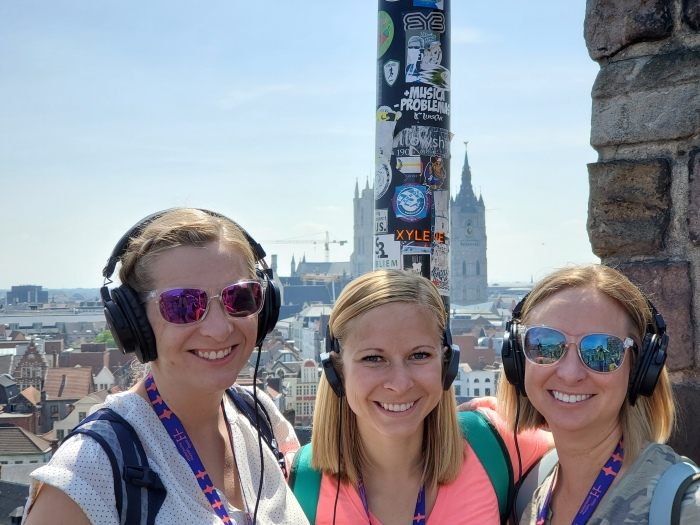 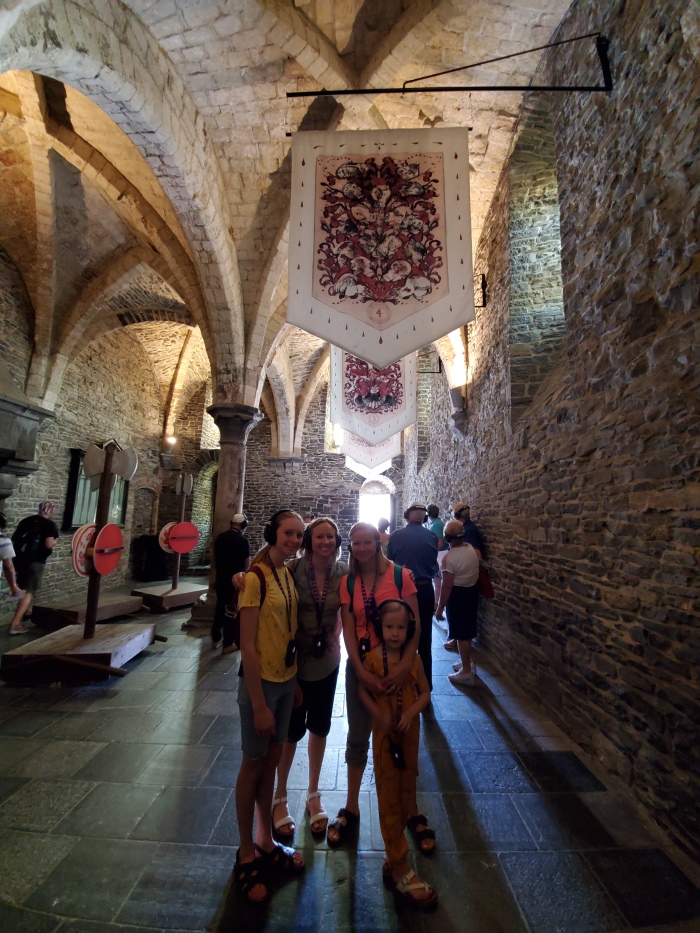 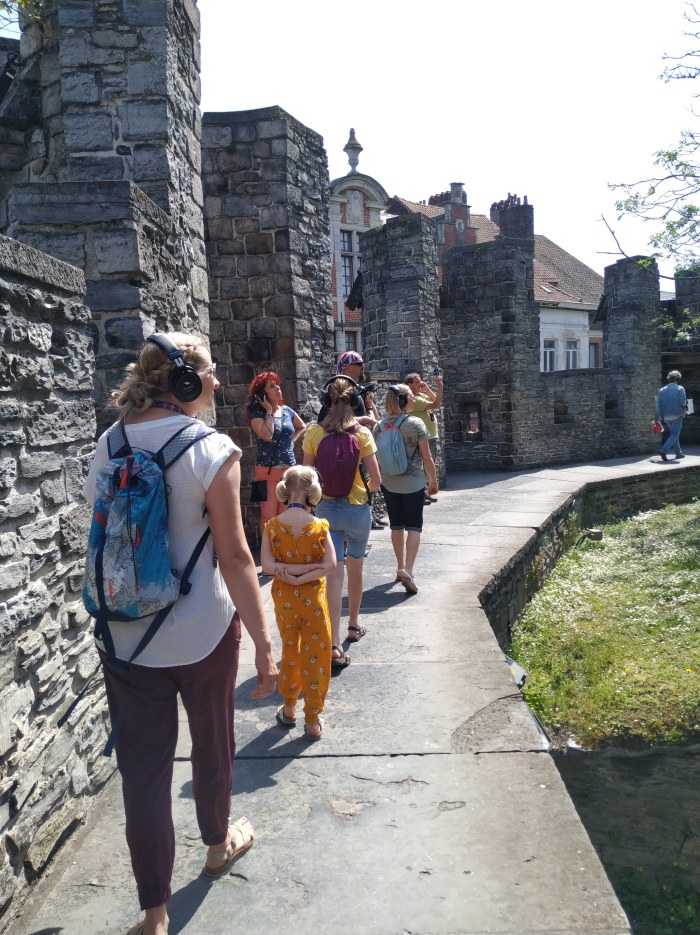 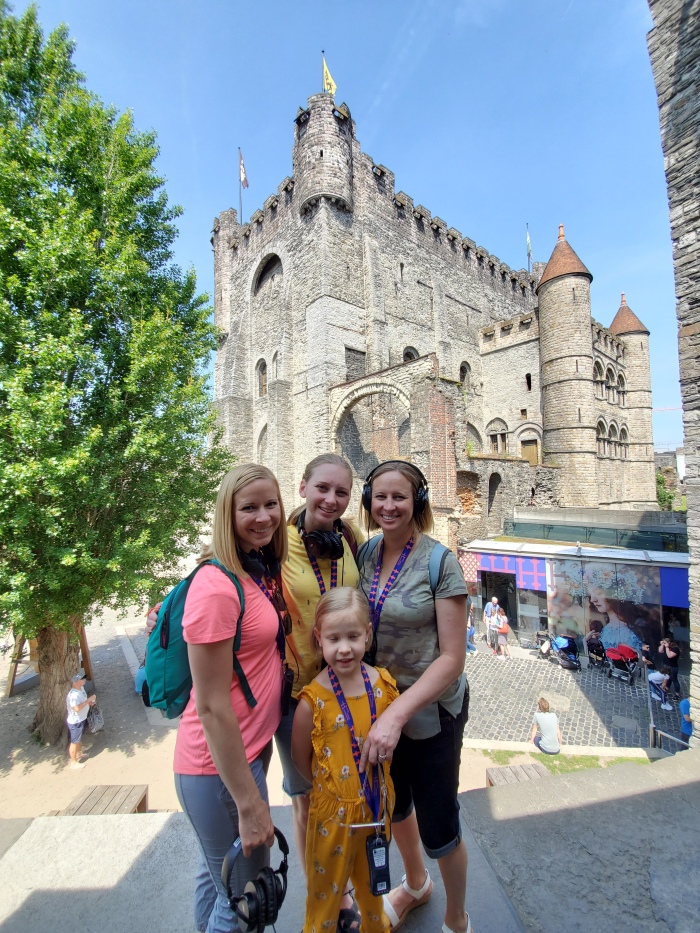 For lunch we went to the Holy Food Hall.  After seeing this picture on a blog, I can’t deny I’ve been dreaming of this place.  Only come to find out it closed about 6 months earlier. SAD.  We had some other good food, but nothing to write home about. 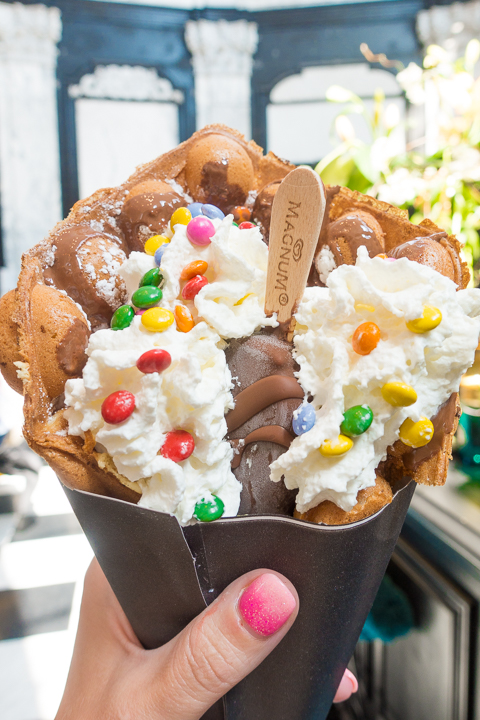 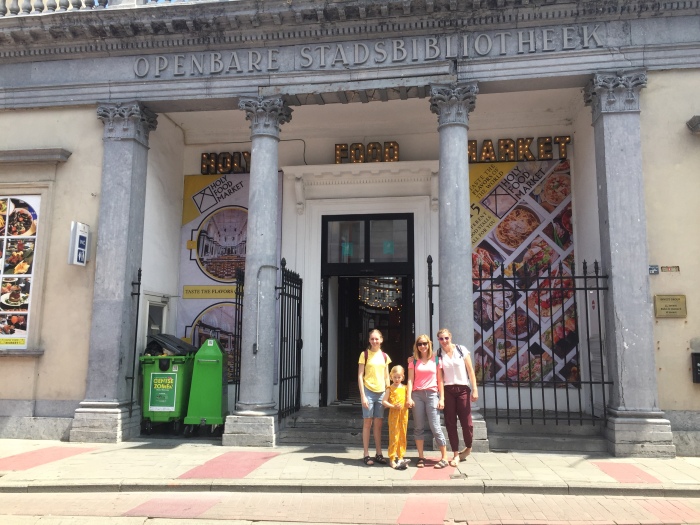 The Belfry was next where Halle found her favorite things.  A dragon, and a band.  It was so fun to look down on the band from top and hear them play. 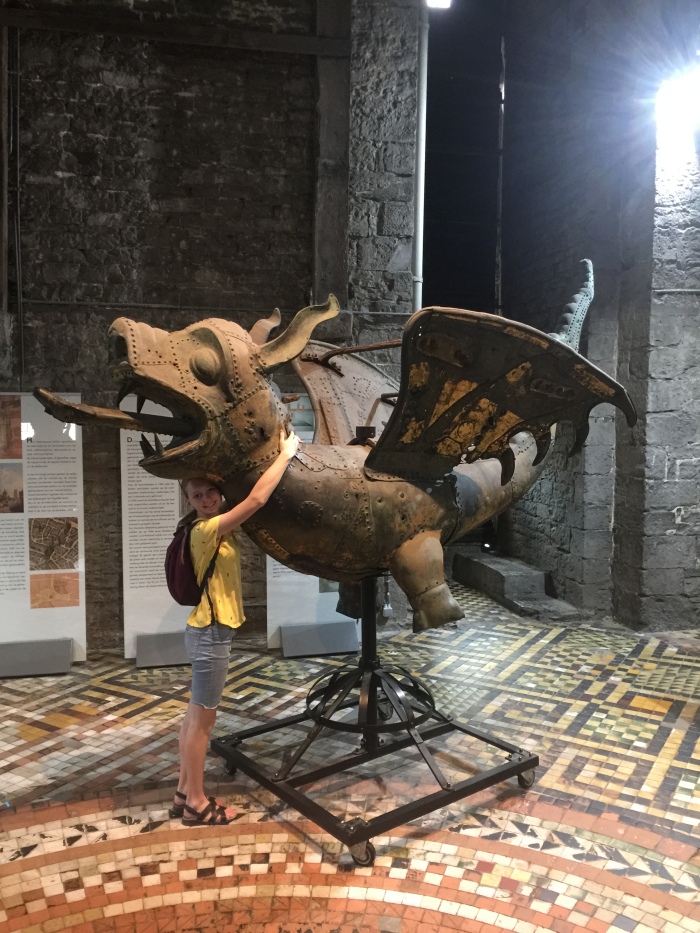 Right across from the belfry is St Bavos Cathedral.  SO so lovely. 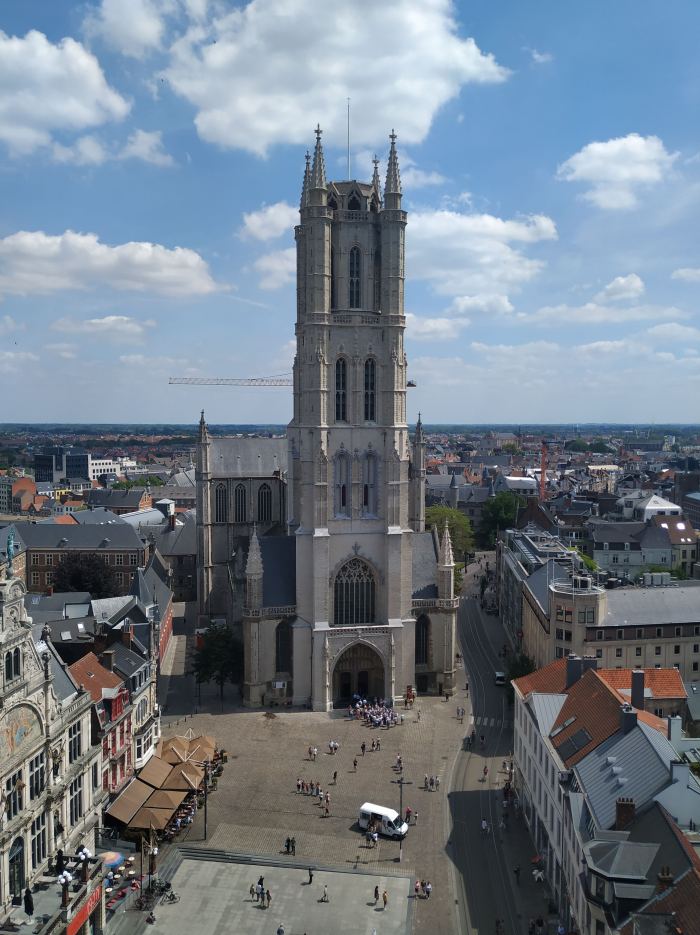 Now we were ready for a Waffle break at Jack’s House.  We declare these the best waffles in the world.  We got one liege waffle and one Belgian waffle with strawberry ice cream.  We also declare it the best strawberry ice cream in the world. It was mind blowing. And pocketbook blowing.  Those two waffles cost 22 Euro. You can get waffles from street carts for 2 Euro. But we think it was totally worth it.  Halle said it was her favorite treat of the whole trip.

Mallow Cakes, matching bracelets for the girls and a rest by the river came next.  I promptly fell asleep on the pavement and Nat and Carlie said I looked homeless. 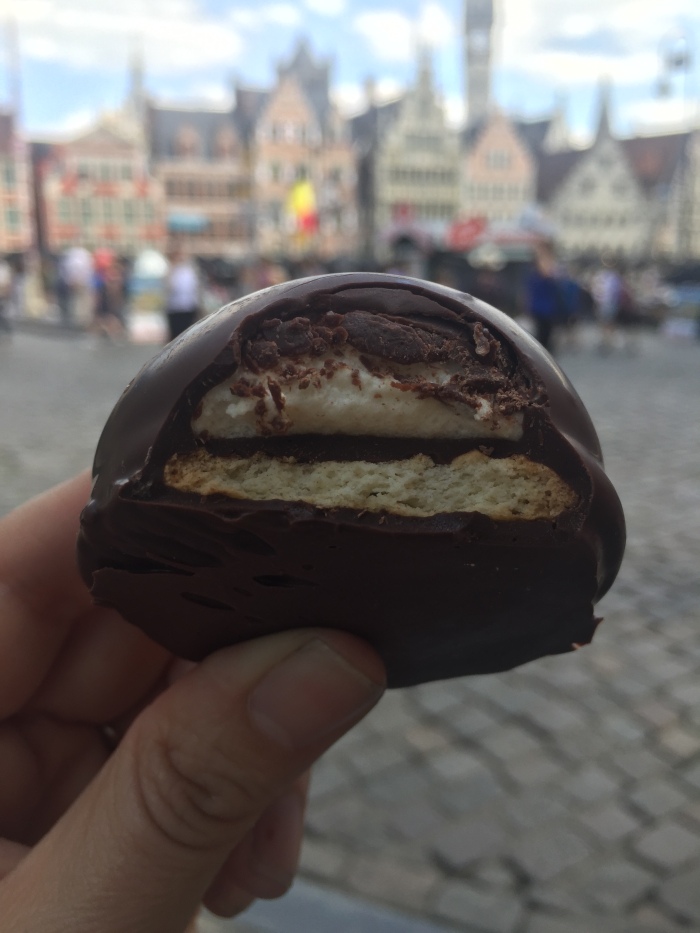 Let it be known that Gwen keeps the back of romper unbuttoned on purpose. Too hard to go to the bathroom if it’s buttoned! 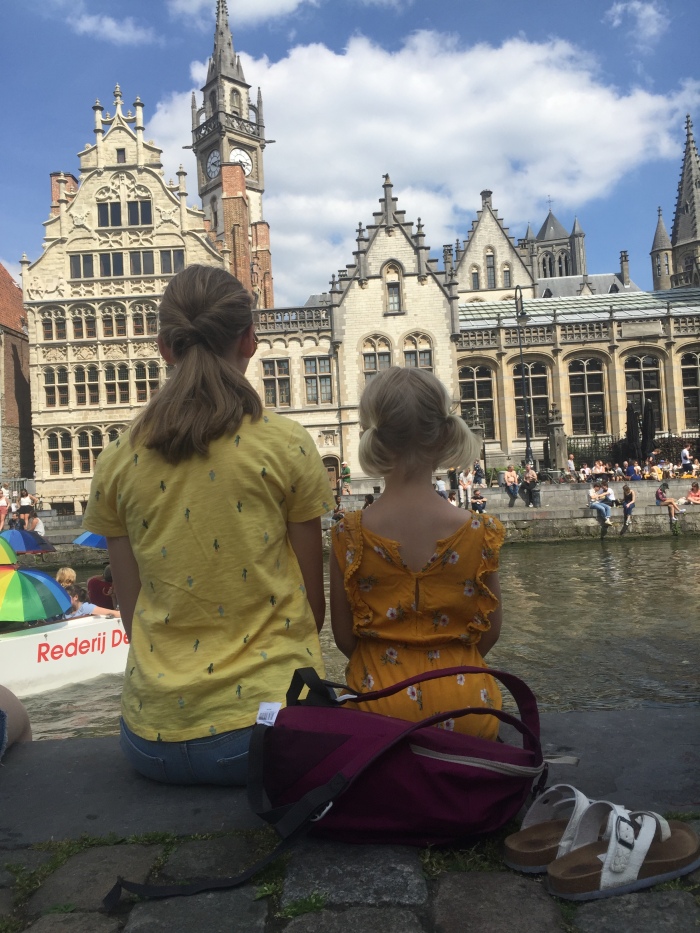 Then handstand time!  Carlie does a handstand in every city she visits, so Natalie and I had been diligently practicing so we could do it with her. Nat’s shirt didn’t quite have enough room in the shoulders, so she opted to handstand for this one.  I’m pretty sure people thought we were crazy and Halle was very patient being our photographer until we got the perfect shot. 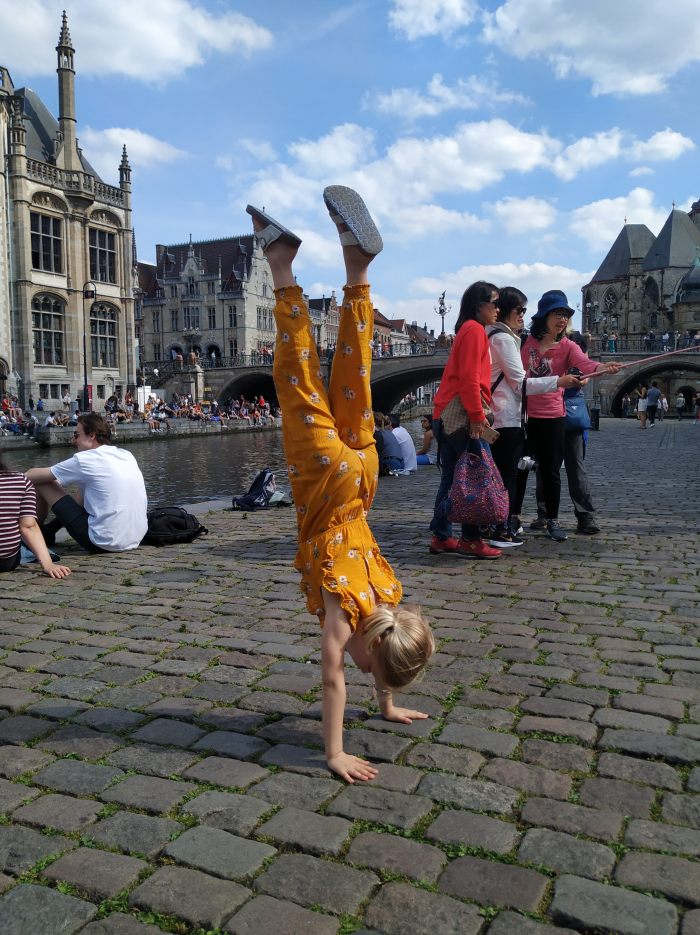 We had reservations to paddle board along the river at 6pm.  hen we typed in the address e realized it was much further away than we thought.  We hopped on the bus as fast as we could made made our way to the meeting spot.

We shall refer to our guide from here on out as “Muscles from Brussels.” Sadly, we have no picture. Muscles from Brussels, to the never ending delight of the girls, brought his dog along with us on our 8k paddle boarding adventure.  Halle and Gwen shared a board and Halle did an awesome job paddling them along until she felt like her arms were going to fall off.  From there, Muscles from Brussels towed them along behind his board and they looked at baby ducks and braided each other’s hair.

By the time we got back 3 hours later, everyone felt like their arms were going to fall off!

We were more outside the city than we expected to be but we had a lot of fun.  It was a unique experience and I’m glad we did it!  We had planned to head back into the city for dinner but we pulled an audible and just walked to the train station from the Paddle boarding place.  On our 20 min walk there Gwen regaled us with very detailed and descriptive stories of every tooth she’s ever lost.

We were starving by the time we got to the train station but everything inside was closed. There was one little hamburger stand open right outside the station so we had cheeseburgers for dinner.  They were more like a sausage patty than a hamburger but they were big and cheap, so no complaints from us!