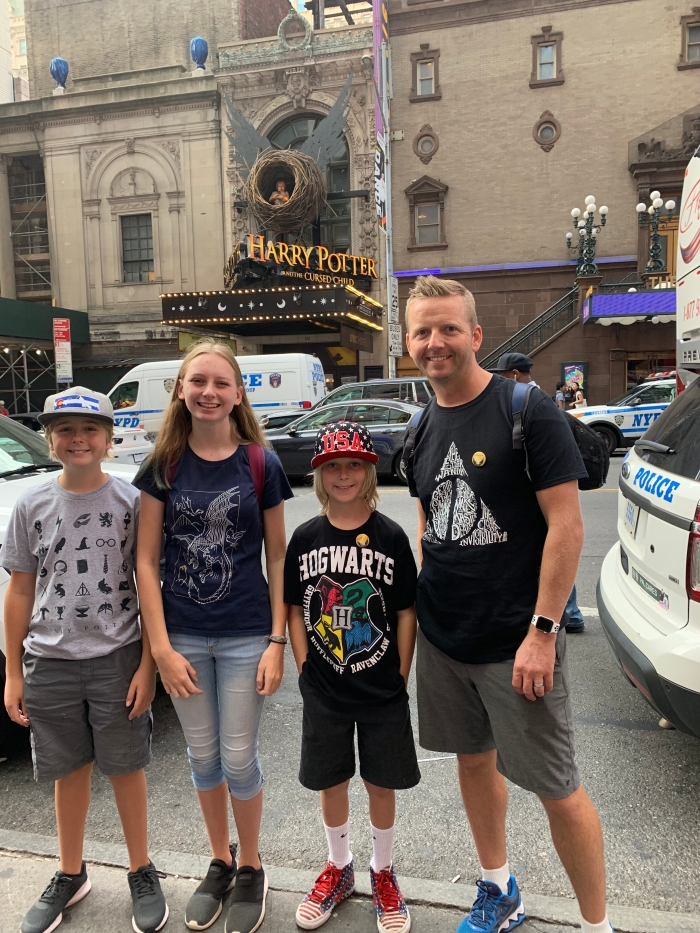 Halle here: On Sunday we went and saw Harry Potter and the Cursed Child. It was a super cool show, and the multiple parts made the excitement last all day. The special effects were so cool, and it was just like being back at Hogwarts. We watched part 1, which ended with dementors falling from the sky and flew around the theatre, which was super cool. 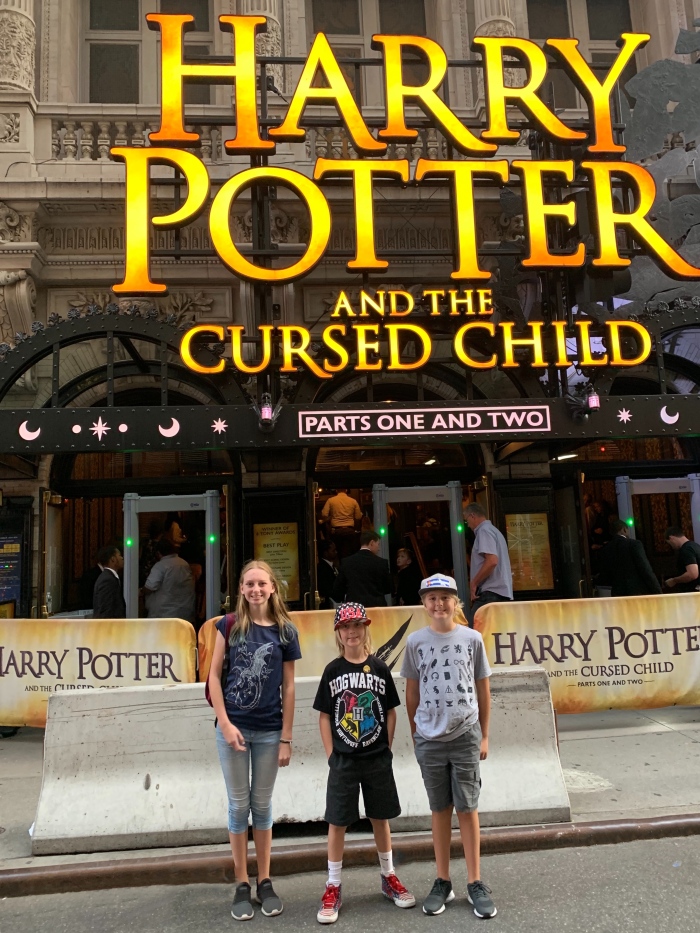 Then we took a break at a park and ate dinner, then on to part 2! Part 2 was action packed, and we were all on the edge of our seat, hoping Albus and Scorpius would save the day. We also did some fun photo shoots around the theatre.

After the show, Mom and I stayed to see some of the actors come out, and they autographed my playbill. It was super fun, and made an awesome keepsake. It was a super cool play, and I loved every minute! 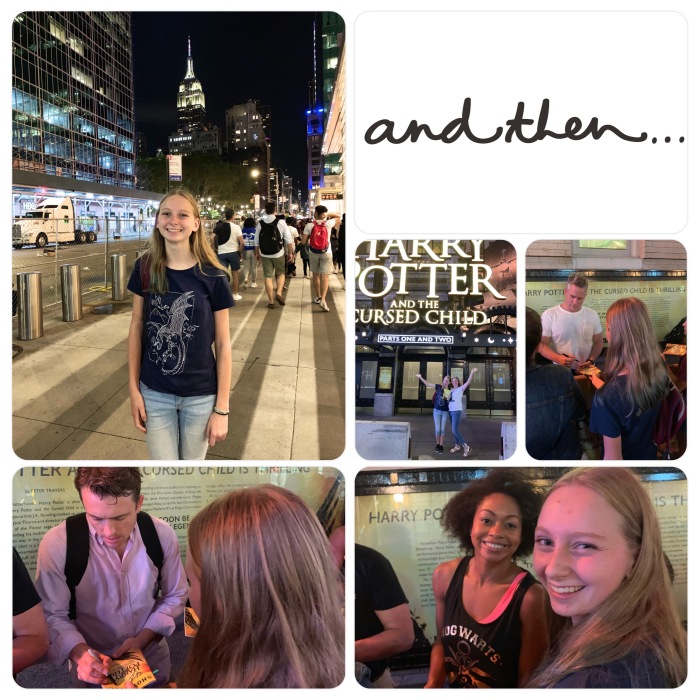