We are still busy working away at our $3000 goal for the James Blake Foundation in conjunction with the NYC Marathon.  We decided to hold one last neighborhood fundraiser while the weather was beautiful.  We added Krispie Kreme donuts to the lineup and we had a more successful day than I could have ever imagined.  Friends and neighbors were beyond generous and we profited $536.  People would just drive up, not even take a shave ice or donut, and hand us $20.  Friends went out of their way on a busy Saturday to make sure they stopped by to support us.  Amazing youth served their time to help us throughout the day.  When I get to witness the kindness and generosity that people have in their hearts it just lights me up.  This is what it’s all about.  Working together to make a small difference in our own corner of the world.

I have to tell one cute little story.  There was a little boy, maybe 10 years old who had a lemonade stand about 2 blocks from where we were at.  He scootered down and bought a shave ice with some of his lemonade money.  Then about an hour later he was back for his second shave ice.  And another hour later he came again!  3 shave ice in one day.  You better believe I returned the favor.  I went and bought lemonade for all my helpers.

The Banksberry crew working hard!  We earned over $100 in our first hour! 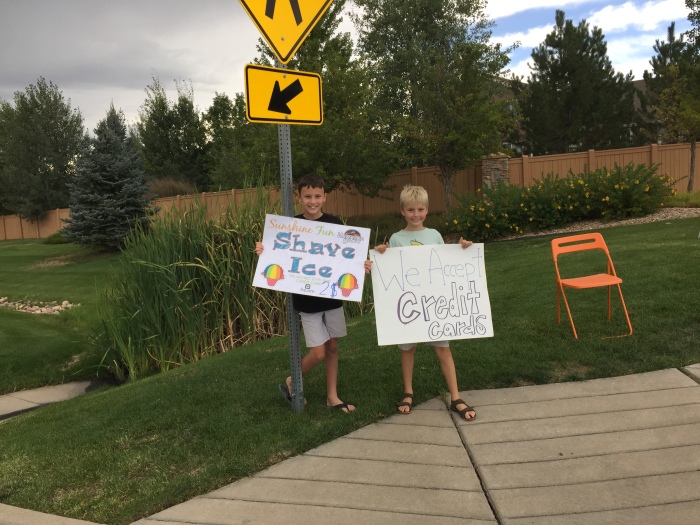 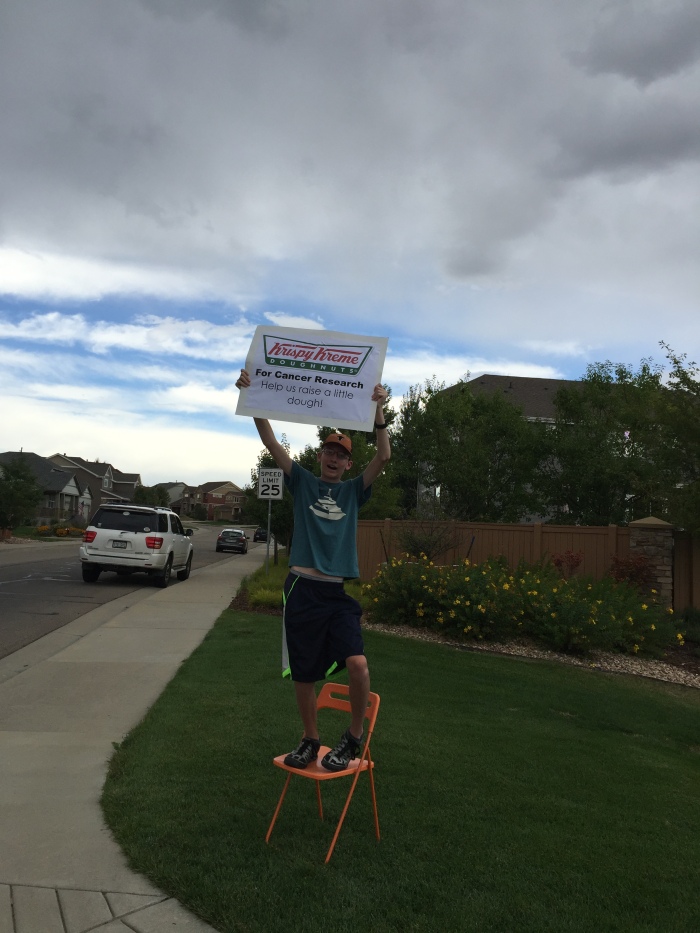 How could cars not stop for this?

Morgan and Meredith ran that shave ice machine like pros!

An afternoon storm was looming, but that didn’t stop Blake!

Jamis and Easton are the best!

Another inspiring story:  This summer, Jamis wanted to earn some money.  Amber, his mom, is an amazing cook so she taught him how to make some yummy meals and delicious treats. He sold them to friends and neighbors.  He and Levi Toy also sold pizza coupons door to door.  At the beginning of the summer he  pledged to donate a portion of his money to the James Blake Foundation.  At the end of the summer he donated $170 to our fundraiser.  It brought tears to my eyes.  What good, kindhearted kids.