Our very last day in San Francisco was spent at Alcatraz. We were lucky we got tickets! We booked the tickets more than a month in advance and this date was the first with any tickets available. And, only the combo tour of both Alcatraz and Angel island was left so that’s what we did. And that was a great stroke of luck. Angel Island was so beautiful. 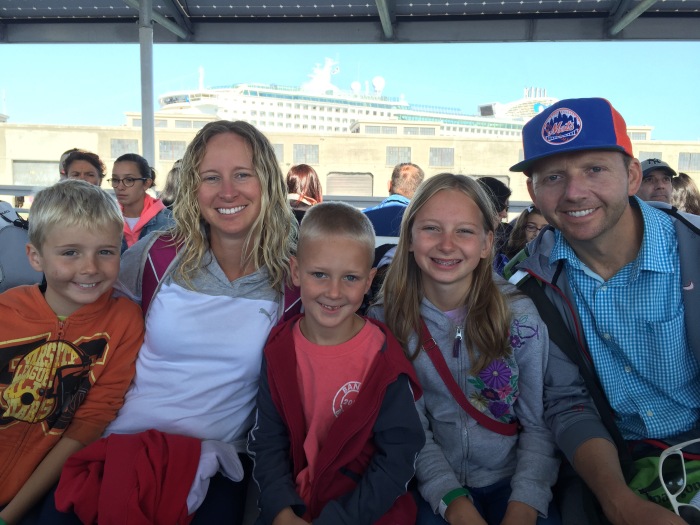 We rode the ferry over to Alcatraz and hiked up the hill to the cell block to do the walk through audio tour. It was really well done. We learned the history of the island, a little about the day to day life of prisoners (awful), a little about famous mob residents, and a little about some of the most famous escape attempts. The tour was betrayed by both former prison guards and former inmates who spent time in the prison. Seeing the tiny cells and feeling the cold, damp air and hearing about all the mind techniques they used to escape their awful reality was really eye opening. 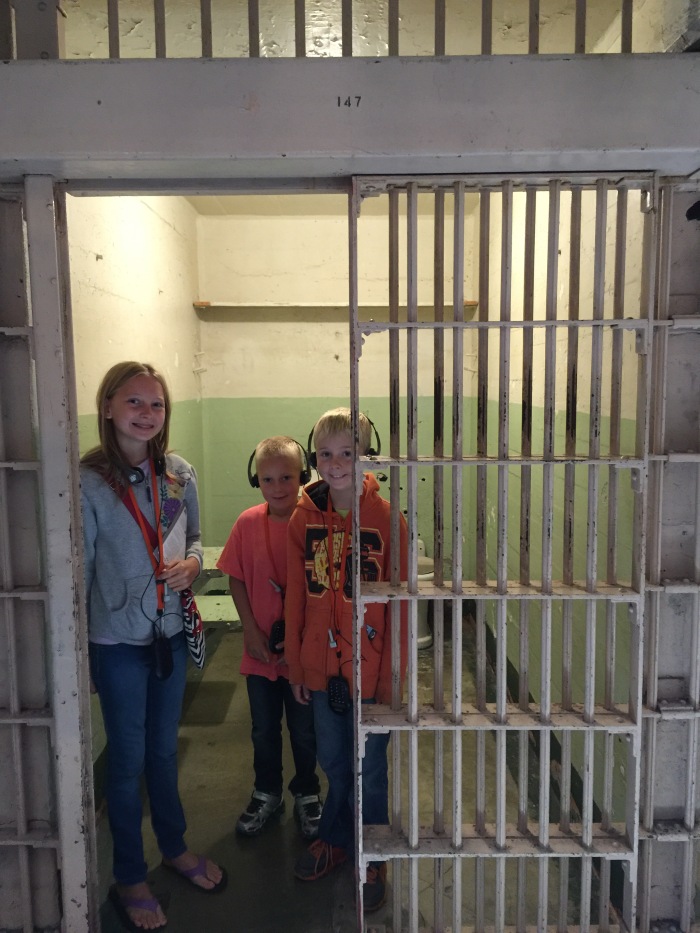 The prisoners said that one of the hardest parts about the prison was the proximity to SF. When the wind blew just right they could hear all the city sounds. And the view of the city is really lovely from the island so everytime they looked outside they were hit with exactly what they were missing.

The audio tour ends with one of the last prisoners to leave Alcatraz. He was there for 15 years and no one ever came to see him or wrote him a letter. He got off the Ferry in SF and felt so alone and without any resources to turn to. And that’s where it ends. It was really sad and made me want to write to prisoners. 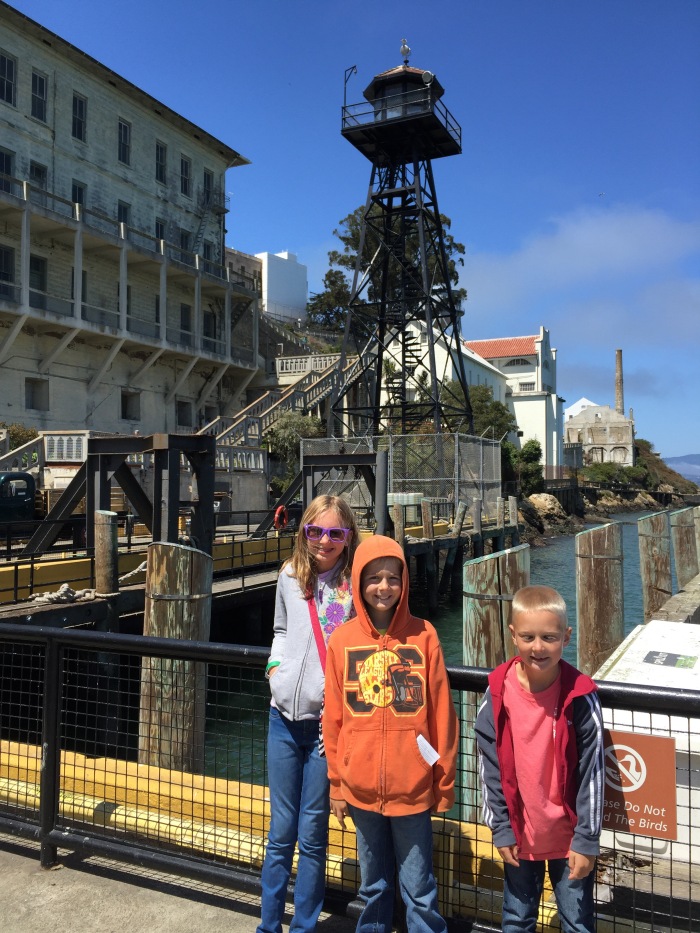 When the kids can’t get along at home Rusty sends them down in the basement to Daddytraz. They can’t come up until they can get along again. We think the regulations at Alcatraz apply equally to both prisoners and our children. 😂

Then it was on to Angel Island. We went on an hour long tram ride around the island. It is such a unique place. And has stellar views of San Fran (I’m sensing a theme here). It’s always a shot in the dark when you ask someone to take a photo for you, so don’t mind the weed running through our faces. 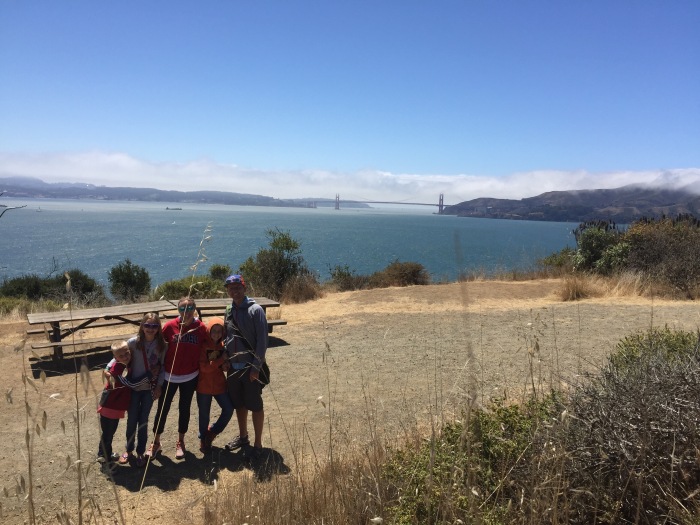 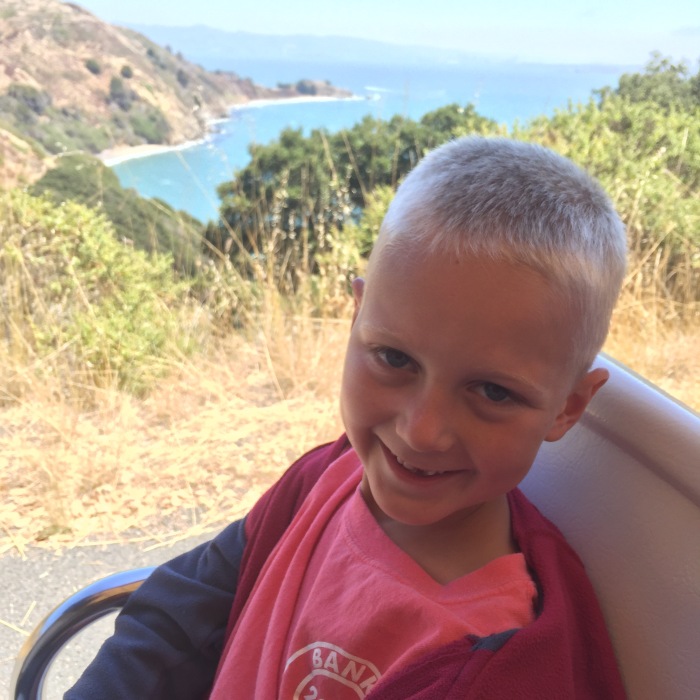 After the tram ride Rusty had to take a call for work so the kids and I just played on the small beach nearby. It was a rare, beautifully sunny day and we soaked it up!

On the ferry ride home Blake really wanted a pretzel. Of course I told him no and he said he was just going to go ask how much they cost. He came running back with a huge smile on his face and three pretzels in his hands. “Mom! He said I could have the for free. FOR FREE!” His little expressive eyes were dancing with happiness. He distributed pretzels to Halle and Josh and relished the moment when he was the hero of the ride.