Tuesday morning we woke up and went for a run in our neighborhood which meant running straight up the hills.  It felt like a rainforest run.  We ran to Glen Canyon.  It was so foggy and wet and cold. But the park looked eerily beautiful.  We got a little lost in the hills and we had to book it home for an 8am call.

It was a work day for me.  Later in the day I got a text from Tara that the kids were being pills so I met her at Alamo square park and the “painted ladies”.  Alamo square was under complete reconstruction and was totally brown and surrounded by a fence. 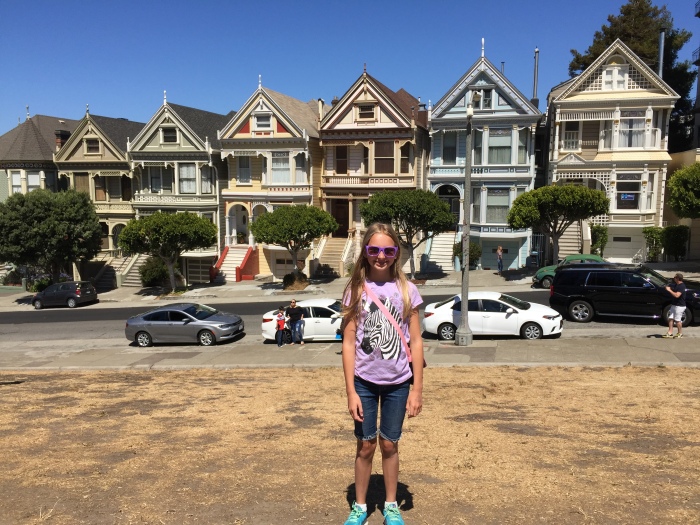 Afterwards we walked down to the Golden Gate Park Panhandle and played at the playground there.  It was kind of dirty but it wasn’t that bad.  Tara ran to Target and told me to hold Halle’s purse which she tossed to me.  I had my bag looped around my shoulder but I left Halle’s  on the bench by me.  It was right by me most of the time but I got up to go push the kids on the tire swing and talk to Josh who was being a little sad and the purse got stolen!  Stolen!  Can you believe it?  Someone stole a little girl’s I LOVE NY purse!  Halle was so sad.  She was inconsolable.  It had her camera and her phone in it and some money. Poor Halle.  She had been so responsible in taking care of her things and she just couldn’t believe they were gone.  Josh said, “let’s call the police!”  They were very concerned why the police wouldn’t send a detective out to crack the case.  It was hard (and kind of sad) to explain to them that there was nothing that the police would or could do.  It was a sad ride home.  The Uber driver was very sweet and consoling.  We came home and because it was my fault, we ordered all new stuff and that seemed to help her feel better.  It was a hard lesson to have so early in our trip.

While Rusty was at work the kids and I went to visit Coit Tower.  We were really hoping to catch a glimpse of the flock of green parrots that lives there, but no luck.  The tower had really beautiful views of the city and we all enjoyed getting our bearings from above.  We walked down about 1 million stairs to get off Telegraph Hill and then continued walking straight down to the bay.  That was kind of cool, but the kids don’t have their city legs yet and there was a lot of whining and complaining about being tired. But we made it through. 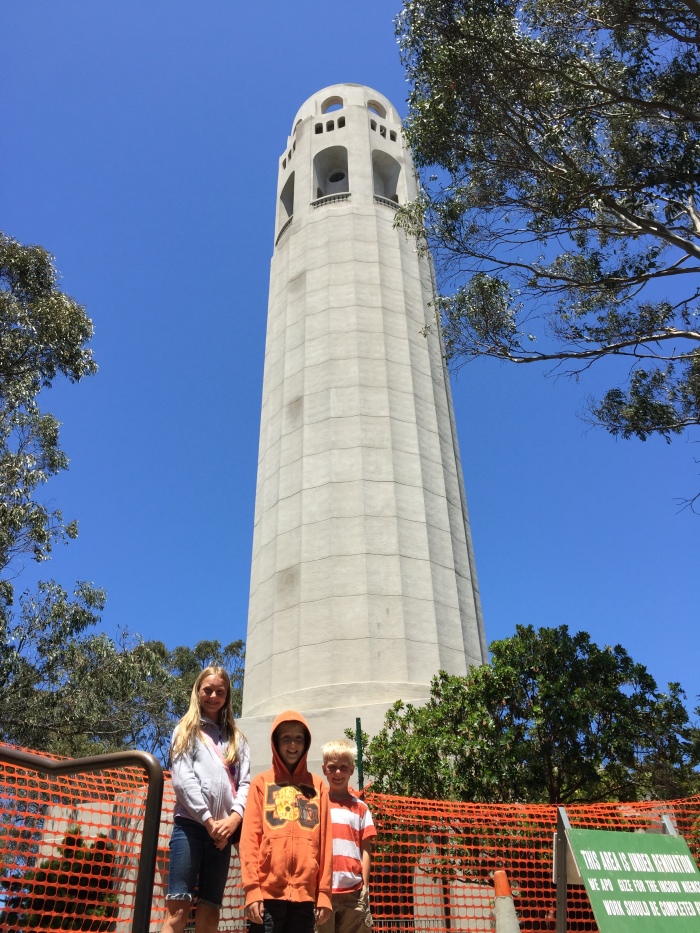