Blake has been growing his hair for months so he could be a very authentic Thor. And I had to buy and return no less than FOUR costumes until we landed on the exact right one.

Josh dresses up as a scary Grimm Reaper, but didn’t want to wear that costume to school because he said it looked like a dress. He rummaged through the dress ups and came up with this. I though it was hilarious.

Halle, Ruby, Riley and Addie dressed as a boy band. They were the 4 Directions. It was hilarious. They even learned a dance to go along with their costumes that they got to do at the Stake Halloween Dance. Halle was the heart throb with the cool leather jacket and converse shoes. Addie missed the party Halloween night so Grace’s Devil was a stand in. 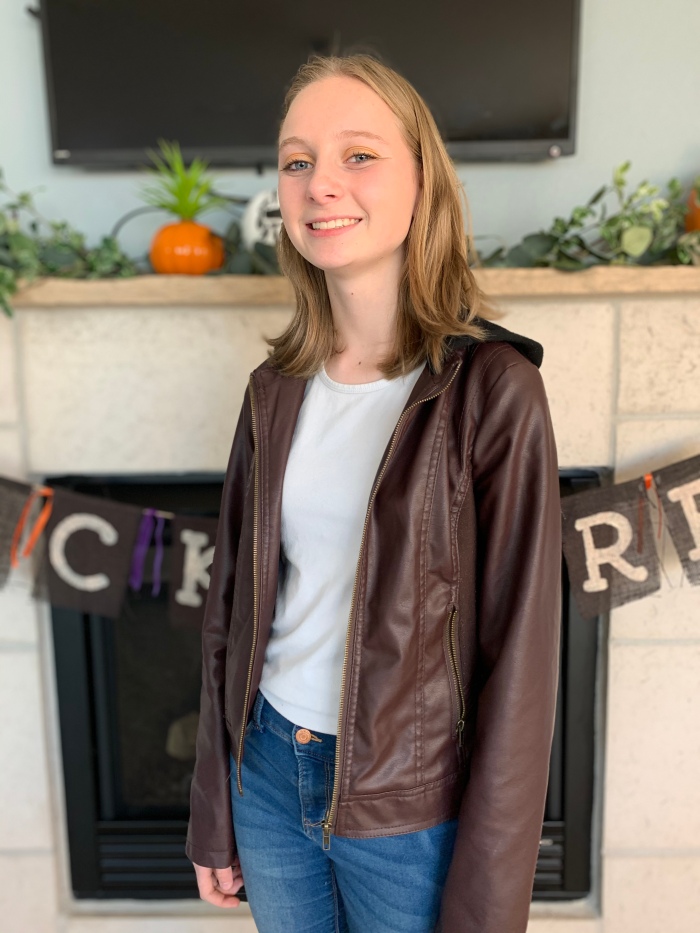 Rusty, Dash and I went for a Wizard of Oz theme. Meet Dorothy, Tin Man, and the Cowardly Lion. I’m quite proud of my Crocs turned Ruby Red slippers.

We met up with the Rowberry crew and cases the neighborhood. It was a brisk 20 degrees with several inches of snow on the ground, so I didn’t think the kids would last too long. But they proved me wrong. 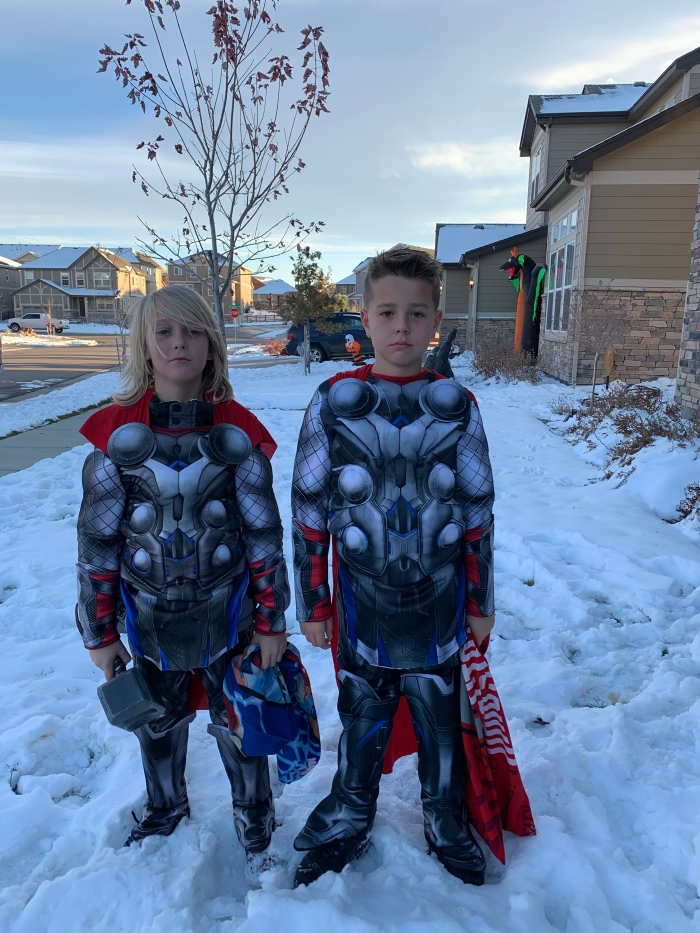 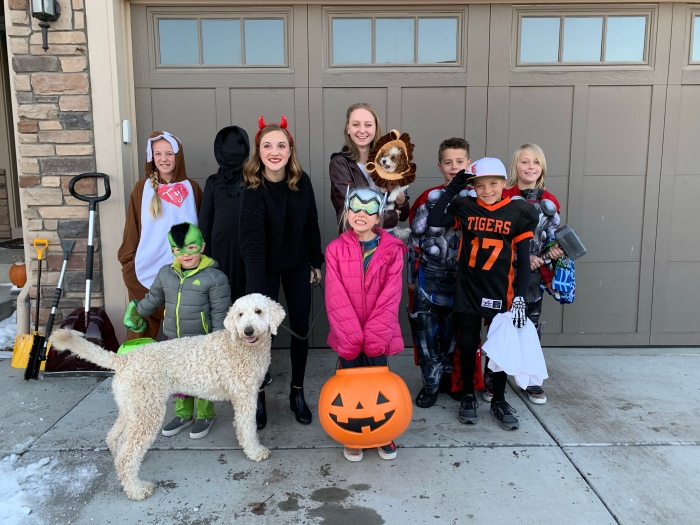 After Rowberrys we went to our house and they warmed up and hit our street. Liam came to join Blake, Truman and Max. Then they came back for pizza and dry ice cokes. Then out one more time! 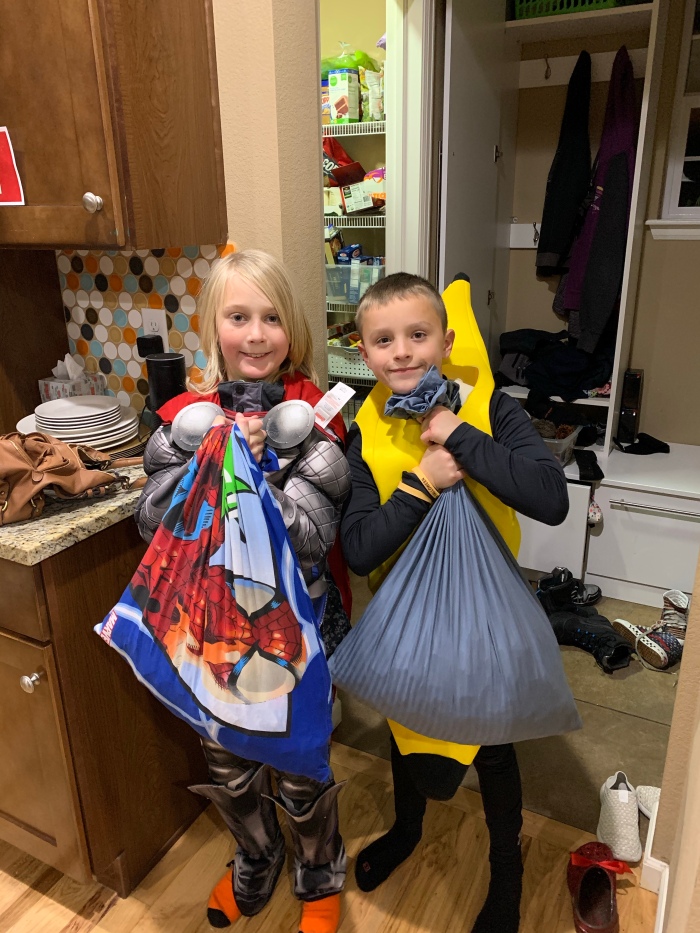 The big girls stayed back and we made Halloween Peep houses and the. They watched Nightmare before Christmas. Halle says Jack Skellington is her boyfriend.

We had a rockin good time. At one point I think we had 14 sugared your kids running around the house. Happy Halloween!