Halle and Josh’s Come Follow Me lesson.  The Cupstoration.  It was adorable.

3rd of July fireworks in Vista Ridge.  We invited the Bohns over to BBQ with us and watch the show.  It’s a horrible picture, but a GREAT night. This year we got Torpedo snappers instead of just the regular ones.  They were powerful!  One exploded and burnt Blake’s arm, and a lady stepped on an unpopped one and about had a heart attack wehn it exploded under her foor. 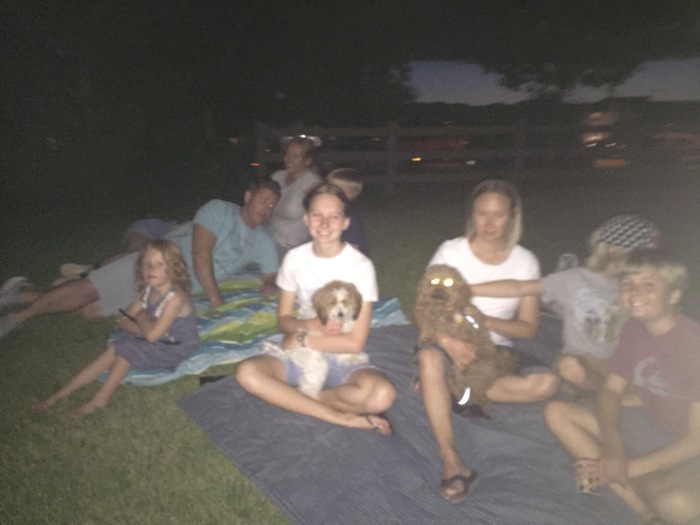 On the 4th, the kids and Rusty went to the ward pancake breakfast while I slept in (That’s my favorite 4th of July tradition). then that evening we went to Secret Life of Pets 2 at the Cinnebar and ordered dinner.  On the way home we stopped by Waneka Lake to watch the fireworks.  The lightening storm that was going on was just as good as the actual fireworks! 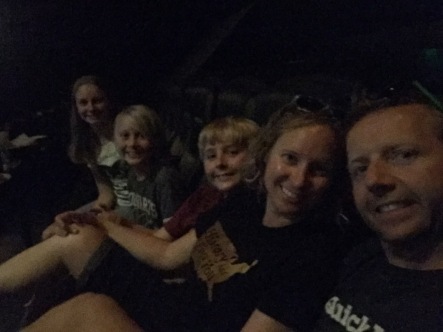 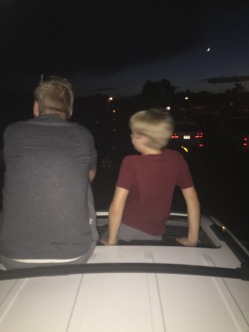 Our favorite time of day: 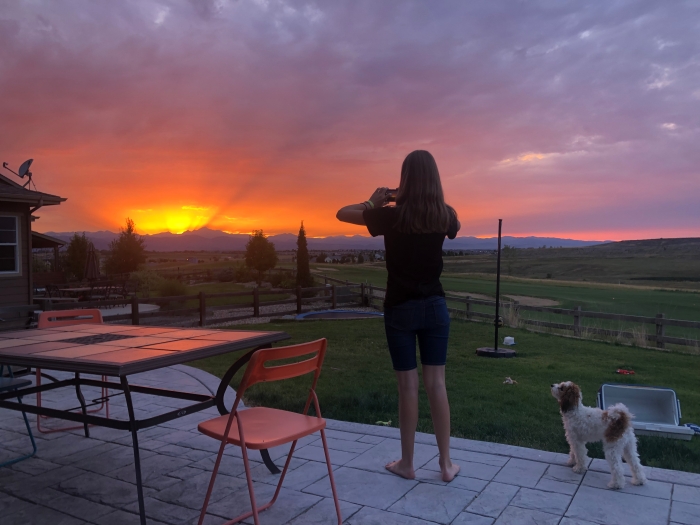 My favorite way to watch Tennis!  Josh took First in the District at his CARA tournament, and went to the State Semi Finals the next day.  He had an all out BRAWL.  Every point was a slugfest, sometimes reaching 20 ball rallies.  Josh had been up a few games, then lost a few in a row.  He was getting really down and discouraged and kinda wanted the match to be over.  I was feeling so sad for him.  We had a little talk during a changeover and I told him things weren’t over till they were over.  He had a chance, win or lose, to prove to himself that he wasn’t a quitter.  He came back and won the next 3 games in a row.  The score was tied 8-8.  The next two games went to Deuce, and due to a few unlucky moments, he ended up losing 8-10.  But, I couldn’t have been more proud if he had won.  He played through every point and overcame some big mental obstacles. 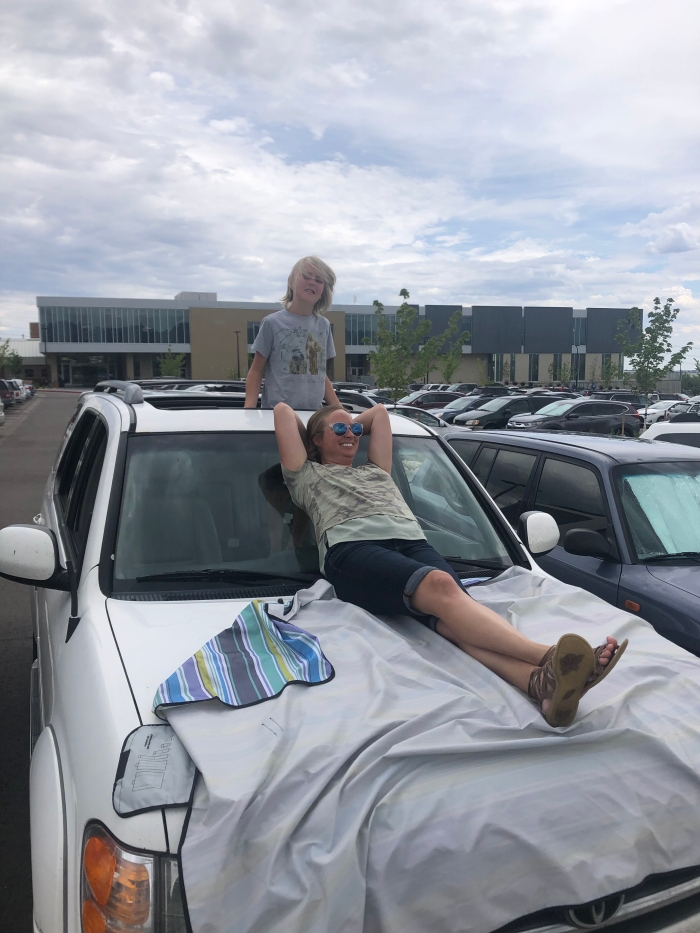 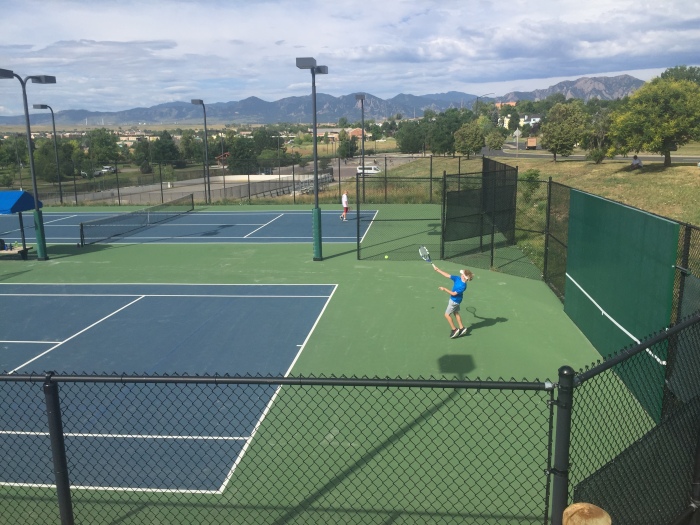 Charlie and the Chocolate Factory. Eating our traditional pre theater dinner at Micis.  The Oompa Loompa’s were HYSTERICAL.  I just loved watching Blake’s delighted face at all the special effects.  Such a fun night. 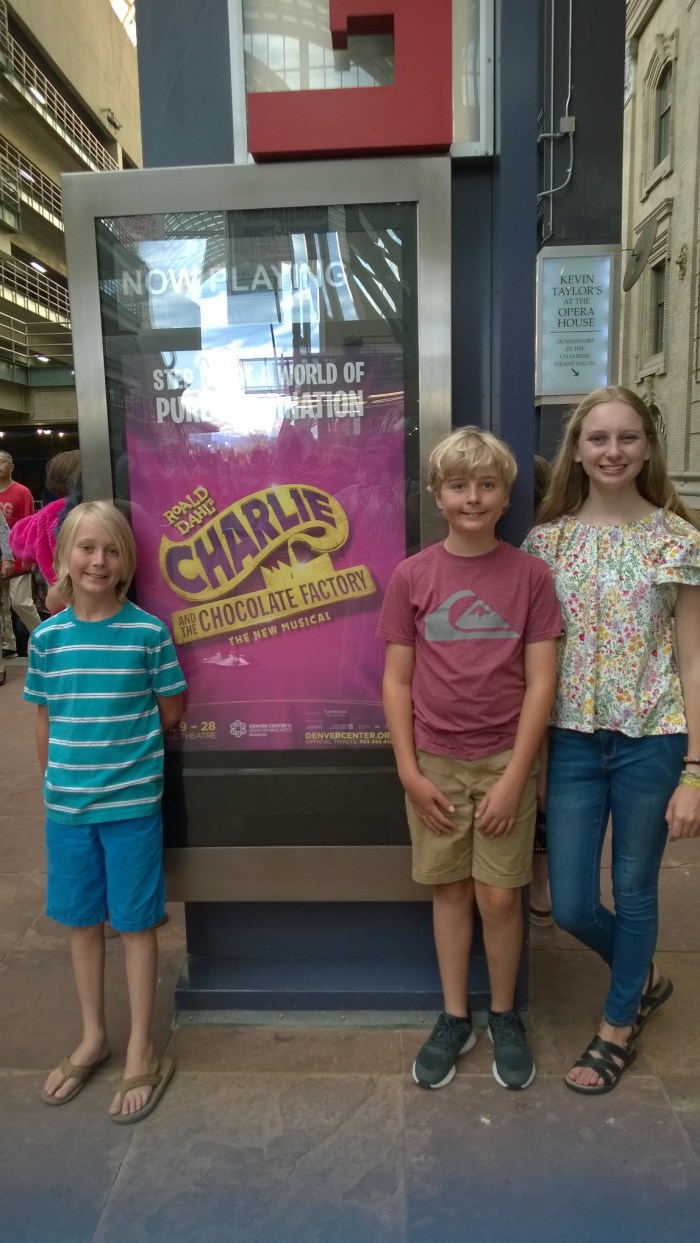 Fishing at Thomas Reservoir with Landry.  You would have thought it was Disneyland, these boys had so much fun.  We had to drag them away after it got dark. 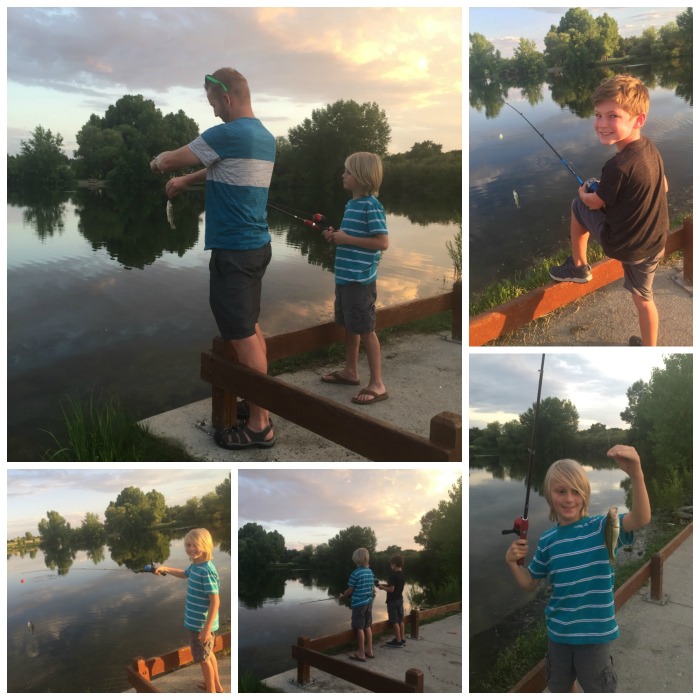 Hiking the Manitou Incline.  This has been on my bucket list for years!  And it didn’t disappoint.  So much fun. And so hard.  2700+ steps and 2000 feet of elevation change in just under 1 mile. 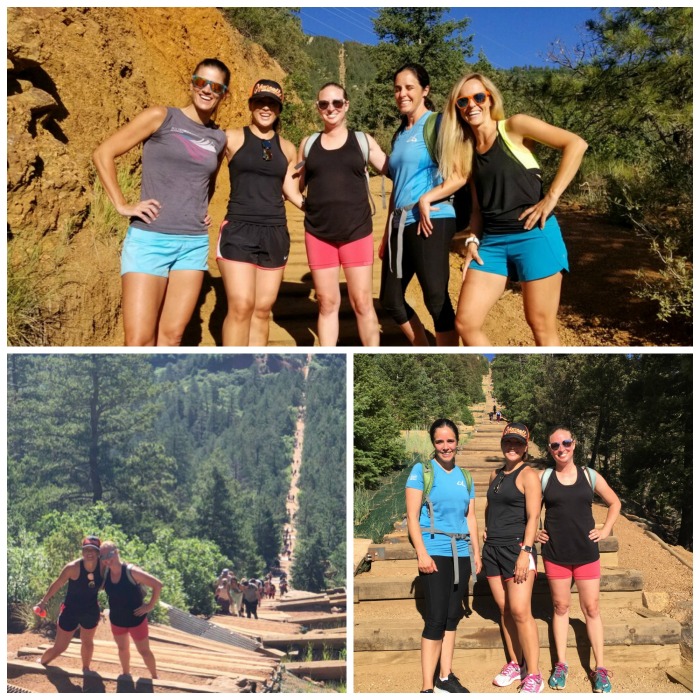 Dinner to celebrate Sarah’s birthday at Japango.  Delicious food, and even better company. And some shiny, sweaty faces 🙂 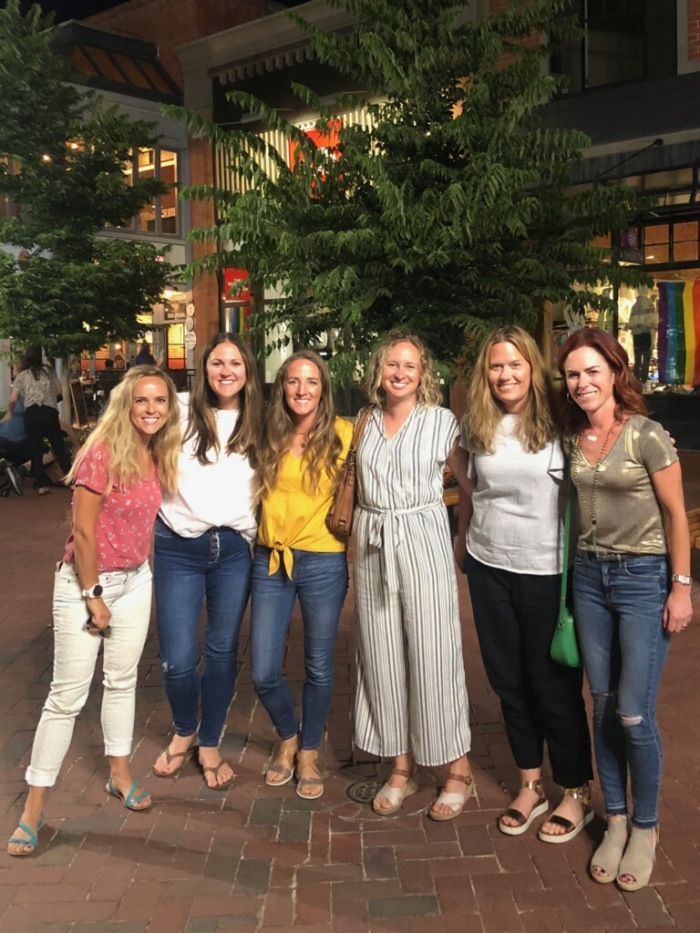 One Saturday we did our annual paddle boarding trip to Union Reservoir with the Rowberry’s.  We had like 5 kids on one Paddle Board and they were having all kinds of fun.  We had a kayak too, and Rusty went out to take some pics.  He had his phone in a waterproof bag.  Well, the wind kicked up and a mini storm blew in.  The kids got a little nervous and a few of them jumped into Rusty’s Kayak, which capsized.  Since the waves were really rolling, the phone sank straight to the bottom.  Never to be seen again.  So you’ll have to imagine all the darling pictures of the kids doing front flips off the paddle board.  Sad day.

And my favorite July event: Sunday picnic at the Ft Collins Temple.  Our Primary Presidency challenged all the kids to keep a picture of the temple in their room, to index a few names on FamilySearch if they were old enough, and to go and touch the temple and make a promise they would go there someday.  We forgot that the temple grounds would be closed on Sunday.  Poor little Luke stood at the iron fence and cried and said, “I can’t touch the temple, and so now the temple will never touch my heart.” 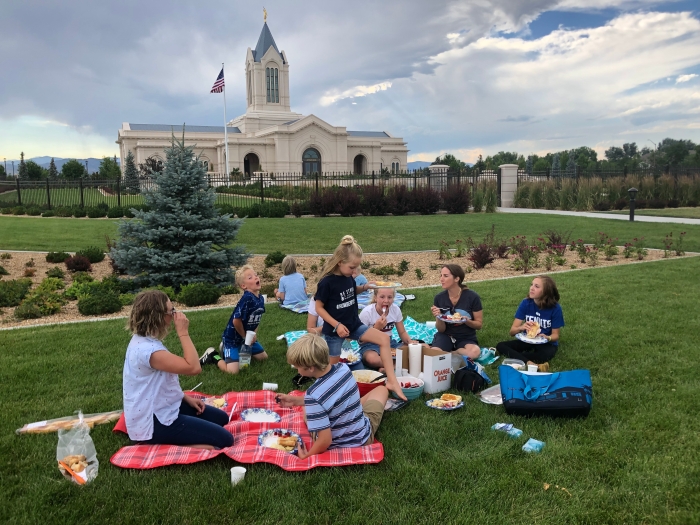 We improvised and all touched the temple sign.  Technically, it is part of the temple.  We all got to share memories of our favorite temple experiences and the teens told the little ones what it was like to do Baptisms for the Dead.  I shared a great quote I had read on the churchofjesuschrist.org website. It says, “The covenants and ordinances of the endowment bless us right now with power, protection, and purpose and help us become what God wants us to become.” 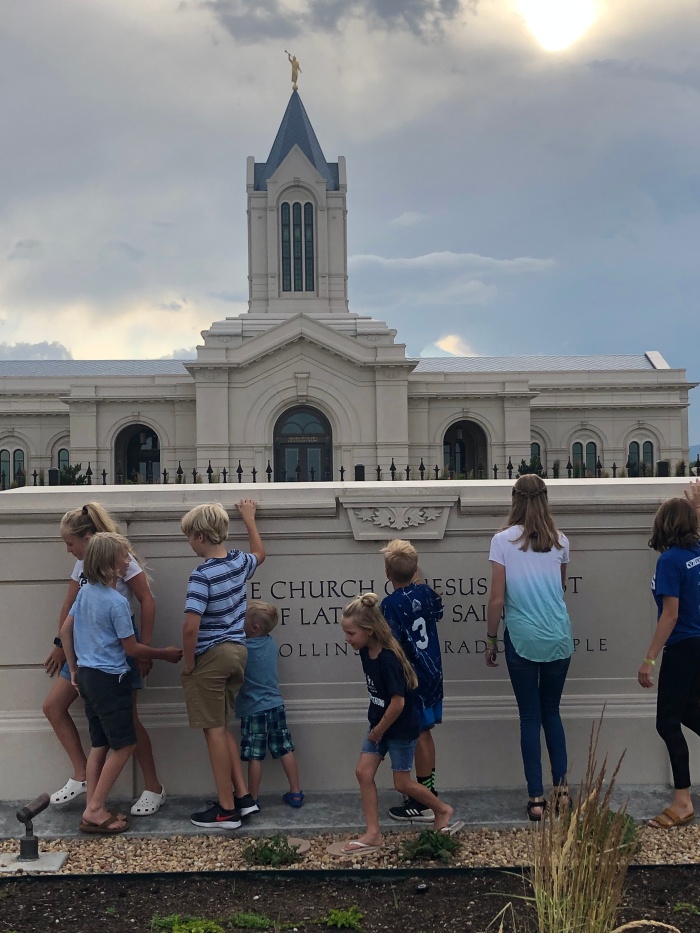 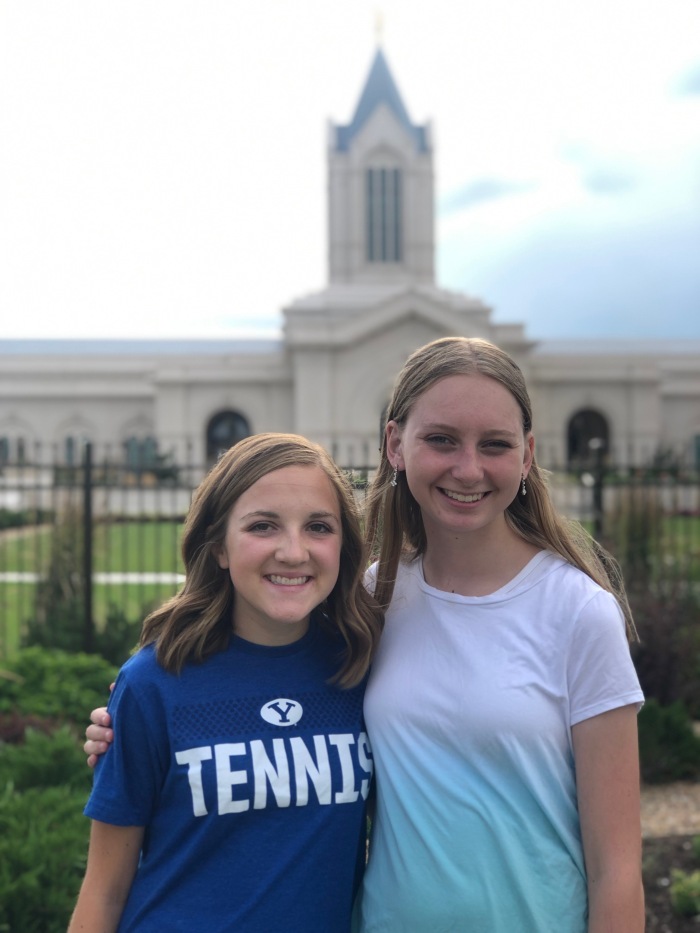 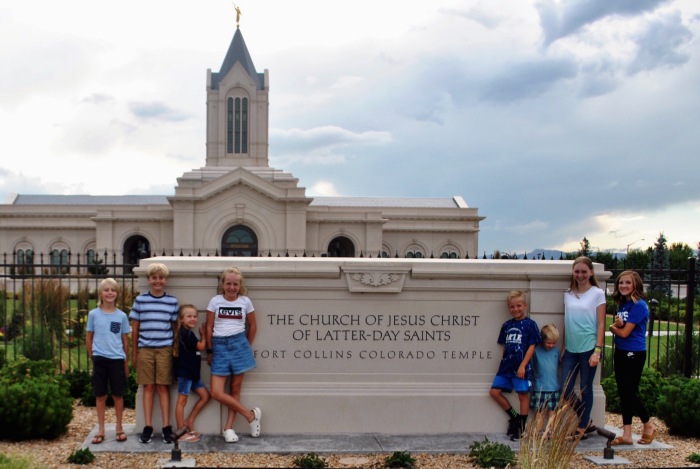 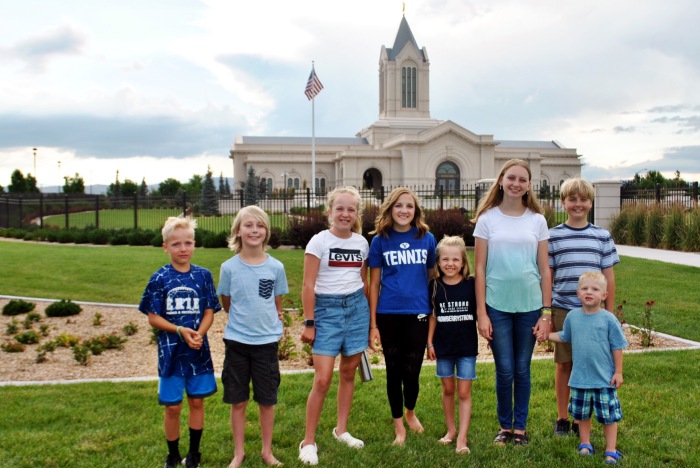