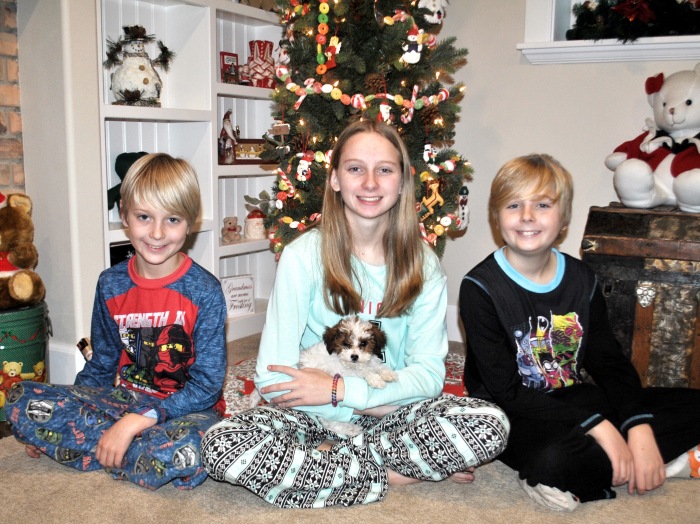 Merry Christmas! What a fun day we had. Santa found us once again. And, once again, the kids slept in! They talked a big game about getting up at 5am, but we had to wake them at 7:45! 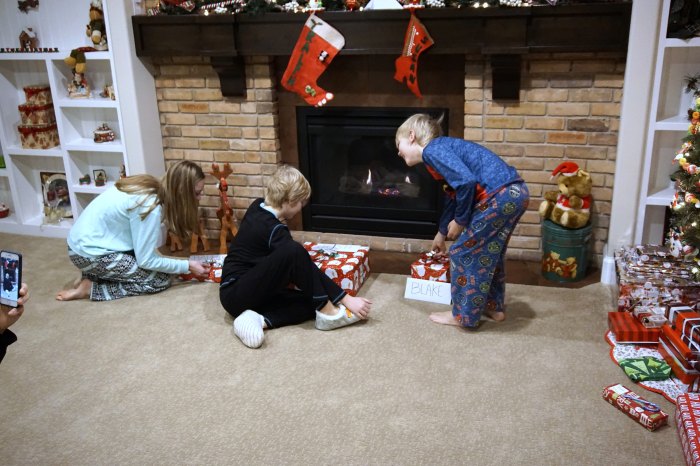 Dash was our main present this year, and he was simply adorable.  He loved sitting next to the kids and he loved his new squeaky toys!

Santa brought Halle a Longmont Humane Society jacket, and a gift certificate for her to take puppy training classes with Dash. 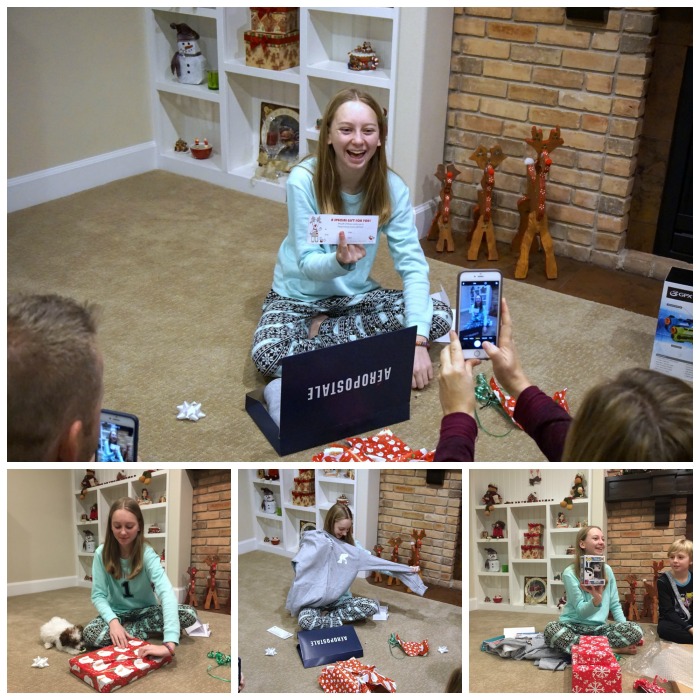 Santa brought Josh a Laser Tag set.  It was really fun!  He also got a new tennis racket and tennis backpack.

Santa brought Blake a year long membership to My Nature Lab.  His dream come true!  Initially he asked Santa for a Nintendo DS, but I told him Santa had an idea for a great surprise.  He said he’d trust Santa, and I think he’s glad he did!  Santa also brought him the little barking puppy with the light up tail that he’s wanted since he saw one on the streets of Paris.  He also got a Ukulele, and Grace is going to teach him how to play. 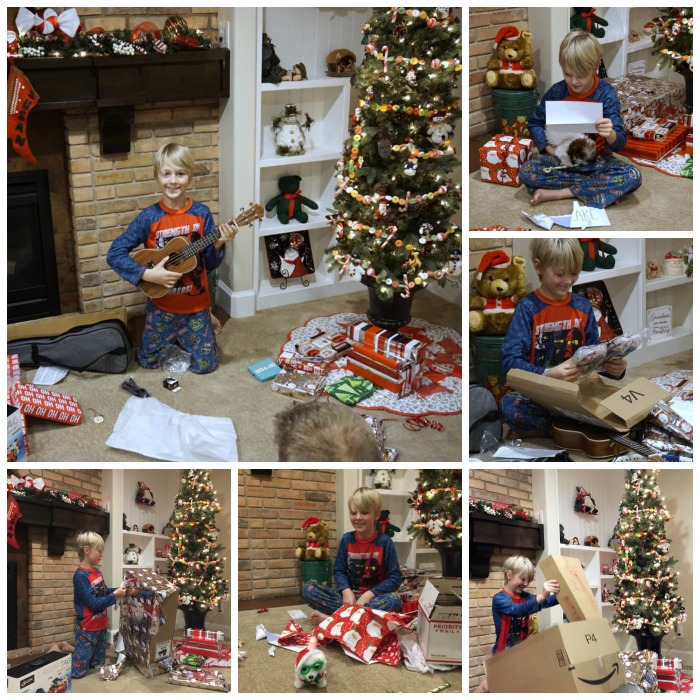 Rusty got an Apple Watch, and I got a new jacket and a new temple dress! 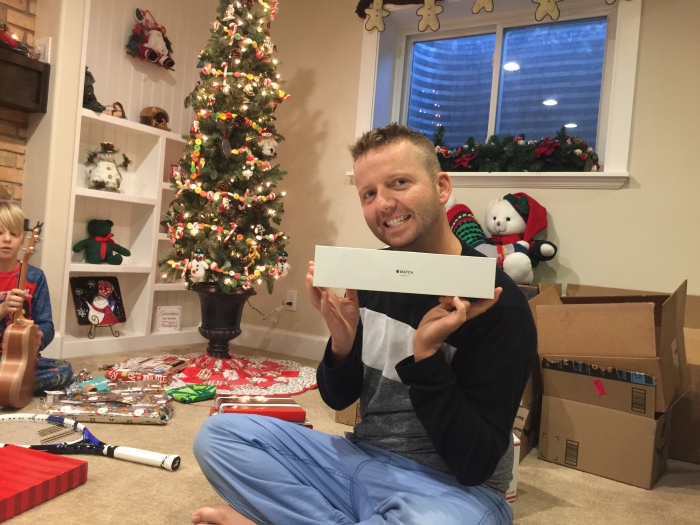 I think the Elves wrote their best poem yet!  And their hiding was superb! It took the kids forever to find their stockings.  The favorite gift in the stocking this year were Digestives like we ate everyday in London, and cap guns. 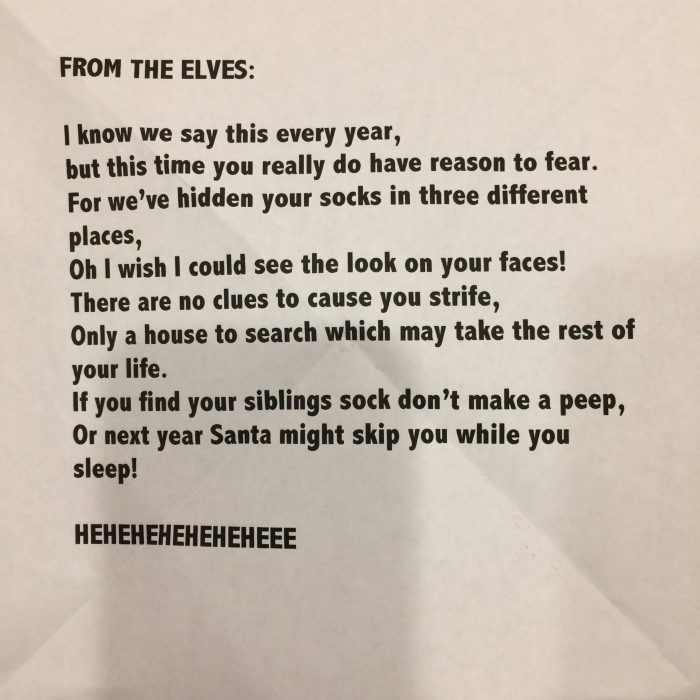 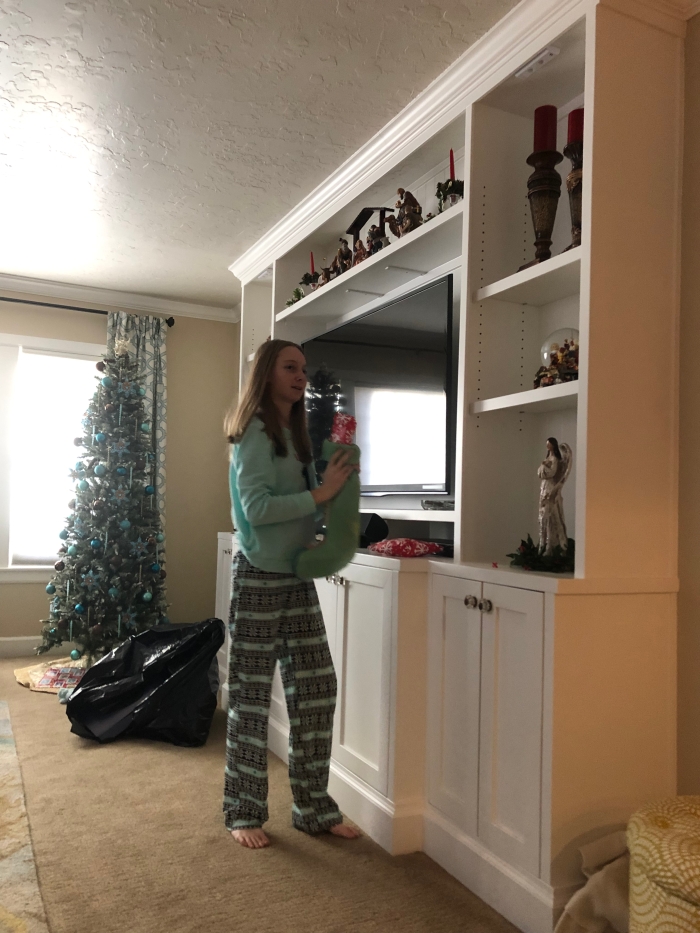 I loved this tender moment when Josh threw his arms around me and told me a big thank you for a magical Christmas.  It made every moment worth it. 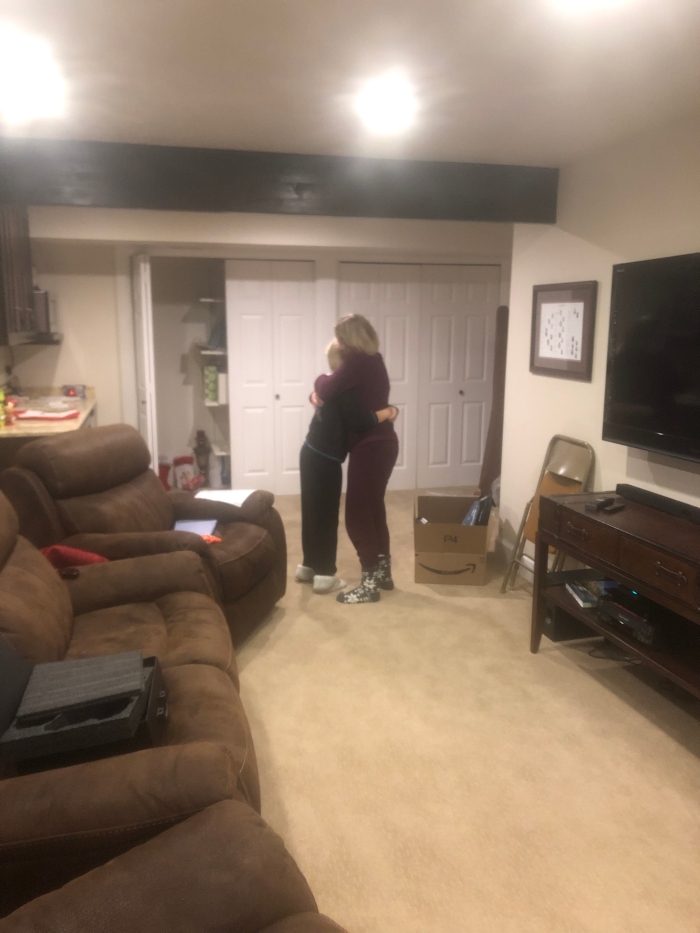 We made a delicious breakfast of German Pancakes, breakfast potatoes, donuts, fresh squeezed OJ from Harmons, and chocolate covered cinnamon bears 🙂  Landon and Jhena and Cole came and joined us for breakfast.  Dash had a nice little rest in Landon’s pocket.

Then we all cozied up on the couch and introduced the kids to “A Christmas Story.”  We all had some good laughs.

Later we busted out Apples to Apples.  Our very favorite moment was when Blake read the card Beethoven.  He pronounced it Beet Hoven and I thought we were all going to die laughing.  It was so cute.

In the evening we went up to the Banks where it was confirmed that we are most definitely middle age adults.  We got adorable mugs that said, Dog Mom and Dog Dad and a new Roomba Vacuum.  And those were the BEST PRESENTS EVER.  We were so excited!

We played a really fun game with the adults and Bridger and Halle called This, That and Everything.  What a fun Christmas!  Now I want to sleep till New Year.