Josh has been so excited for Wimbledon. He has been talking about it non-stop since we left the French open.

We were going to tour Wimbledon as a family when we got our London pass, but it was too close to the tournament so they weren’t doing any more tours.

So Josh and I decided to head to Wimbledon on our own so we could get a tour in, just two weeks before the tournament starts. We were the very last tour before they were stopping tours for 4 weeks for the tournament.

Our guide was a funny woman named Joe who you could tell just loved tennis and probably did this mostly for the love of the game. We got to see Court 1 and Centre court. Josh just wanted to sit here and wait until the tournament started.

We got to go behind the scenes of Wimbledon into the press area, where people never get to go. 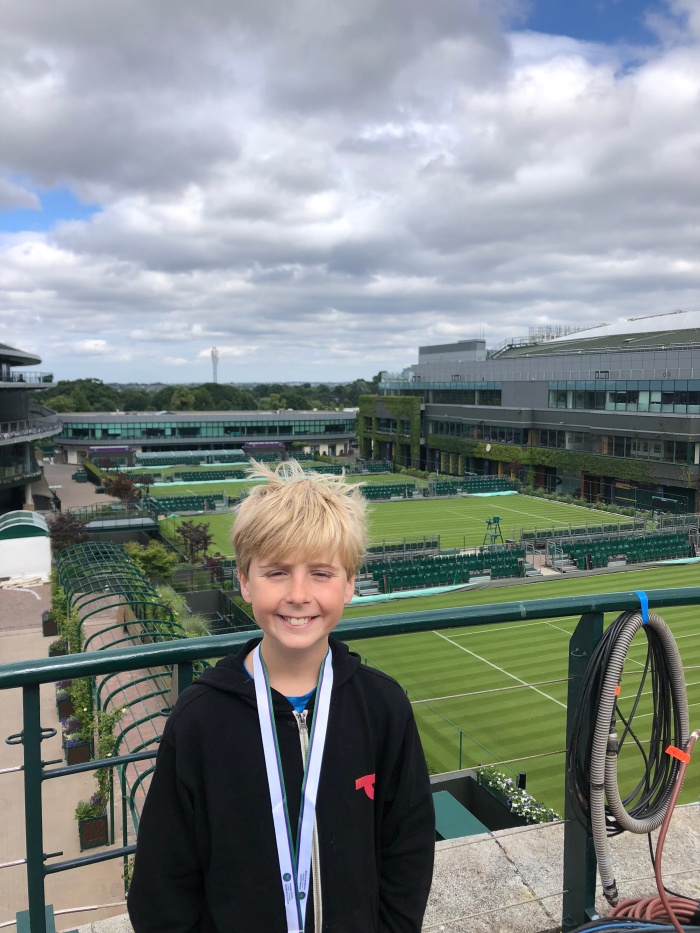 We even got to go into the Members Only club area and walk through the Player’s entrance. Sadly we didn’t get to go in the locker room, that’s because members could be using the locker room!

Jo said the easiest way to become a member of the club is to win the tournament!  She said there are only 300 members, and 1000 on a waiting list, and a spot only opens up when people die, which is about 6 per year (on a good year she joked).

In the champions area we got to see my namesake Bjorn and his 5 Wimbledon wins, culminating in 1980. What a great year 🙂 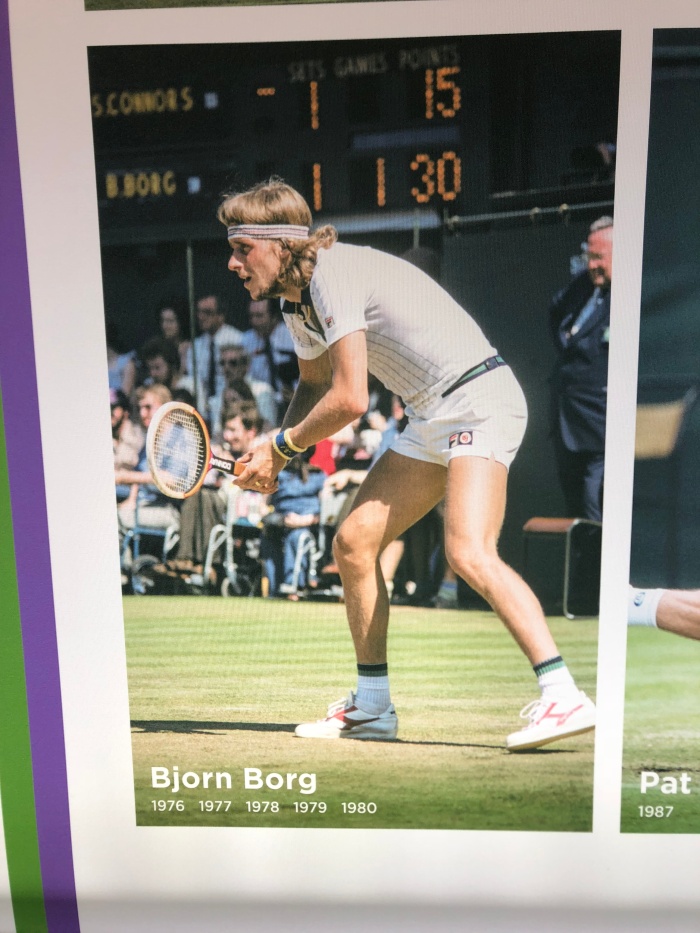 We saw the actual trophy, turns out players are only given a replica of the trophy and the real trophy always stays in the museum. Here again is a look at Borg’s impressive 5 wins. 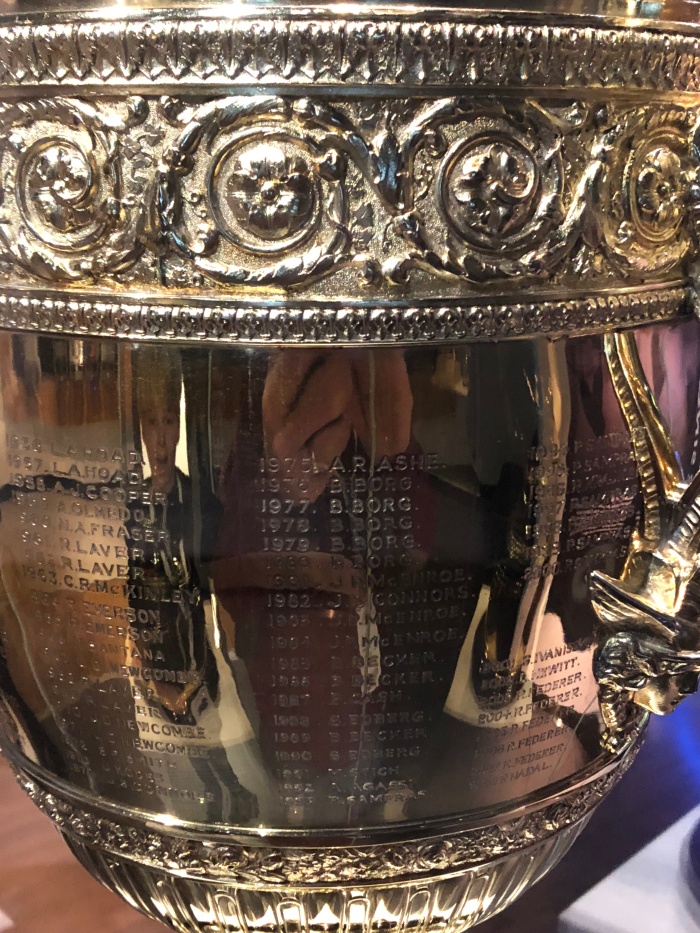 The museum had great exhibits where we learned about the history of “Lawn Tennis”:

We had a great day and are even more excited (if that is possible) for Wimbledon. 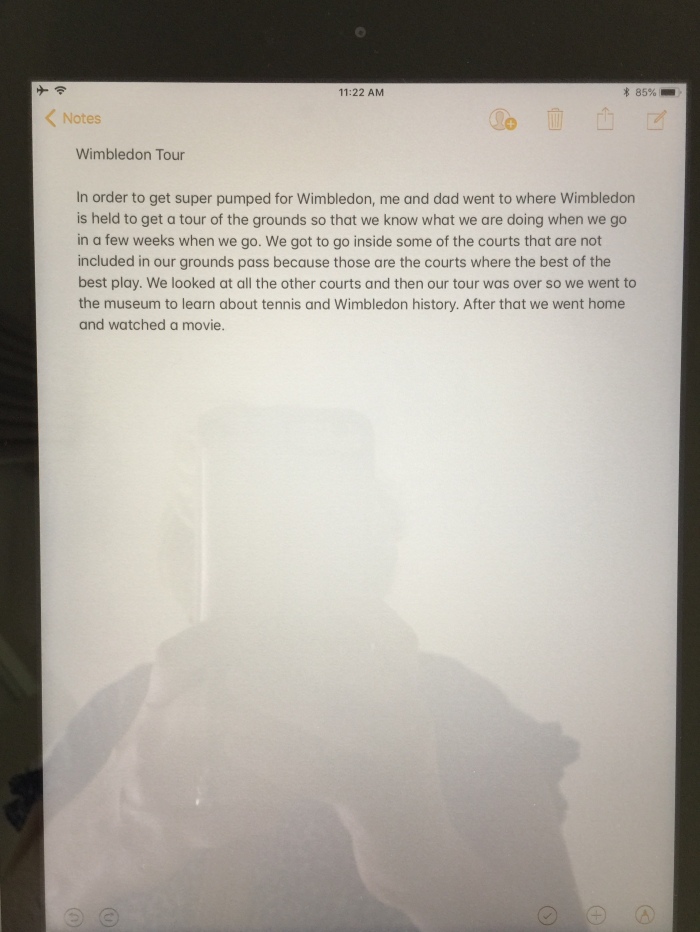