Helloha!  That’s Leo’s Hawaiian greeting 🙂 We have been planning this Cornell family vacation for a looooong time.  I can’t believe we’re now looking at it in the rear view mirror.  Our trip started with a crazy trip through airport security.  We went to the skybridge which normally takes less than 10 minutes to zip through security.  But not today.  The line was sooooo slow.  And when it was finally our turn, security proceeded to flag ALL the kids backpacks, Blake’s carryon bag and Rusty’s laptop bag.  It was horrible!  And it was all because of the snacks they had in their bags.  Apparently now you are supposed to remove all food items from your bag and put them in the bins before your bags are x-rayed.  We RAN down the hall as we heard our name announced over the loud speaker, “Banks Party, your plane is fully loaded and the doors will be closing in 2 min.”  We made it with seconds to spare!  Our flights were long and uneventful. We grabbed lunch in Seattle and ate by the famous6-story glass wall overlooking the runway. 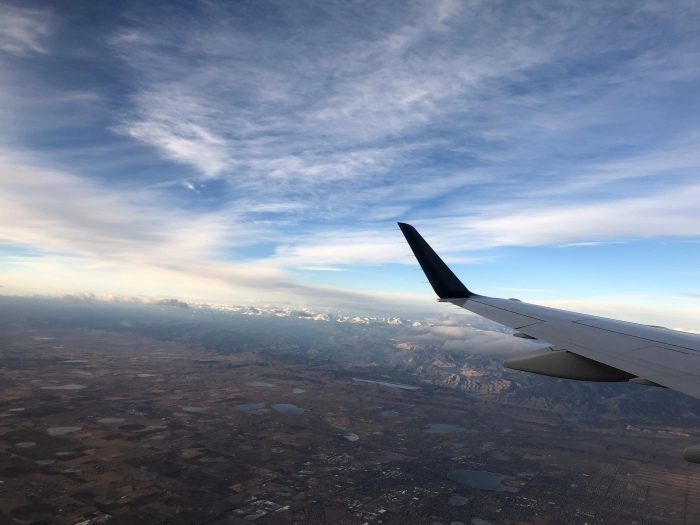 Blake watched 4 movies and Josh and I worked together on a creative writing story.  He dictated and I typed.  It was fun!  FINALLY we landed at the Lihue Airport.  And we were greeted with the hot, humid, beautiful Hawaii air.  Every time I smell that air I feel like I have come home.

We picked up our mini van and immediately started counting Chickens.  Jhena had told Gwen she’d pay her a penny for every chicken she saw so we told our kids we’d match that offer.  By the time we got to Poipu Point, they were almost at 100 chickens!

We stopped at Costco to grab a birthday cake for Jack and pizza for everyone for dinner.  It’s Cornell tradition to eat pizza the first night in Hawaii.   As we passed through the tree tunnel we felt fully in vacation mode.  That tunnel is like a portal to another world!

We all met in our room and snarfed down the pizza.  We hit the pool and the hot tub and played the night away.  These cousins have so much fun together.  Mave and Halle were attached at the hip all trip and it was so cute.  Mave would say, “Where my Halle girl?” 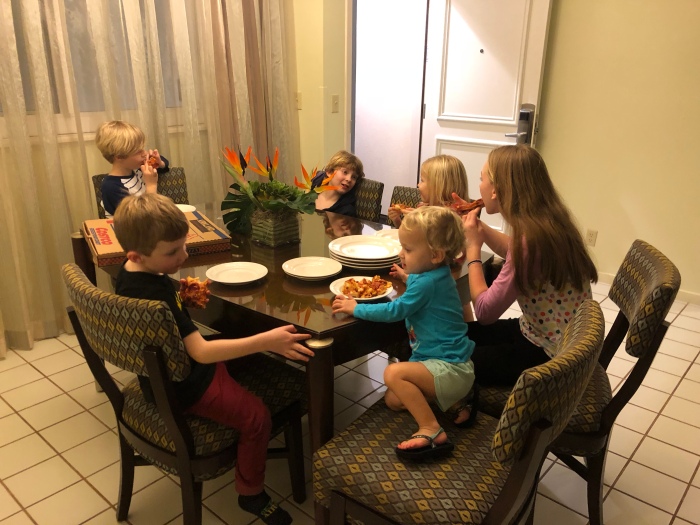 The next day was double beach day with a Whale Watching tour thrown into the middle.  The Hawaii time change assures an early morning.  Rusty and I and Nat and Michael went for a walk on the cliffs near Shipwreck beach to watch the sun rise.  It was lovely.  Sun and sand are good for my soul!

We ate breakfast, and while parents packed up  beach bags the kids explored the resort.  Of course, Blake immediately found the stray cat who he named Sweetie.  I had a rotisserie chicken in the fridge and we kept dropping big slices off our balcony down to the kids so they could feed Sweetie.  Over the course of the week Sweetie ate more of that chicken than I did! 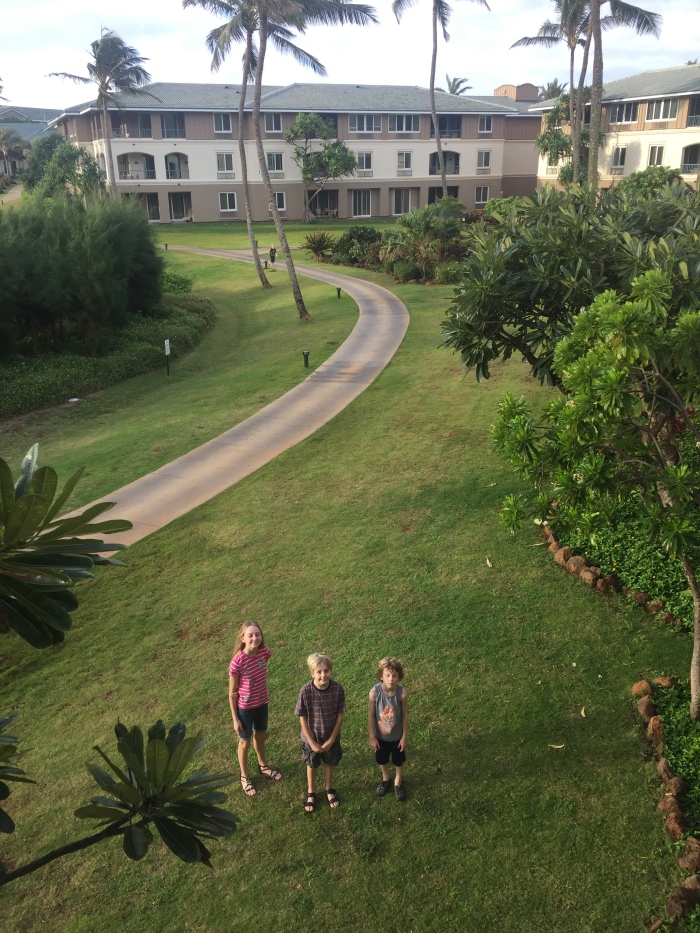 We headed to the beach by the Sheraton hotel.  This beach is fun because when you get tired of the ocean, you can go jump in the hotel pool!  But, no one got tired of the ocean.  Josh especially loved this beach because it had fun waves that crashed right at the beach and he could body surf, and play in the waves. 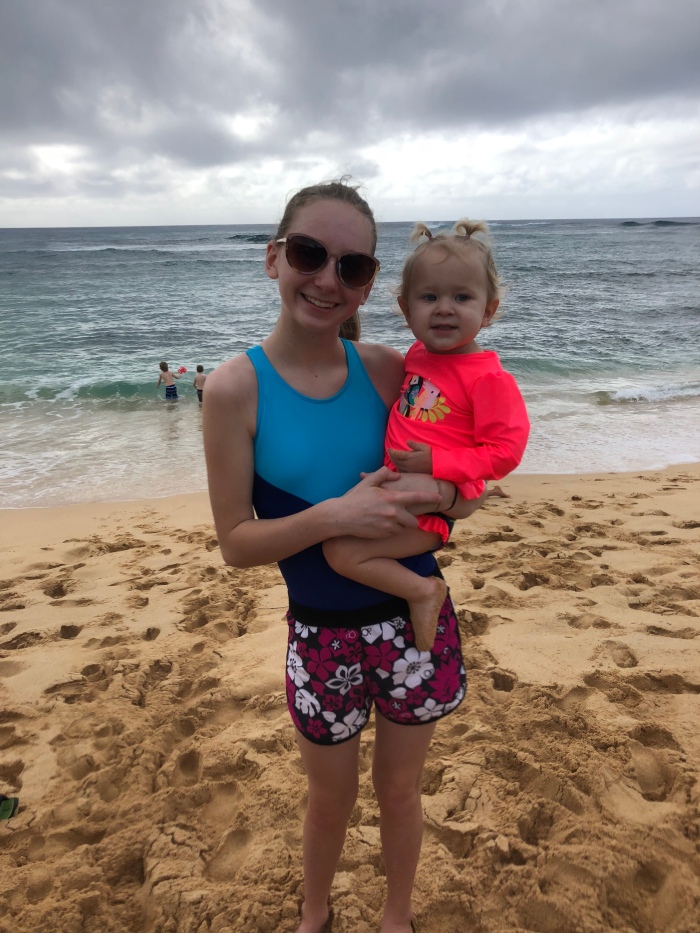 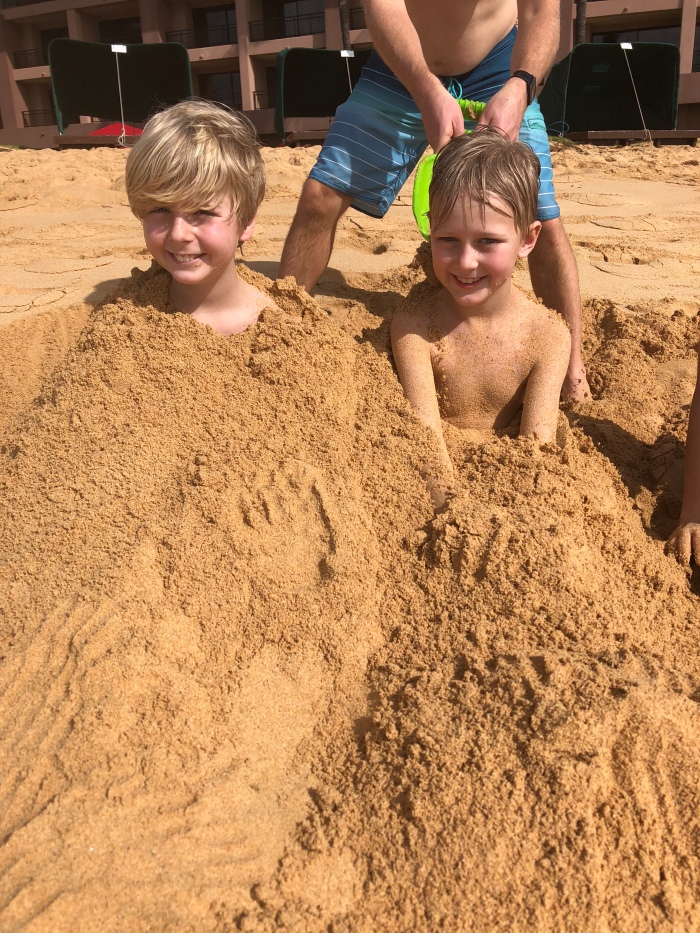 After we had our fill of the beach we went back and had our traditional turkey on a roll for lunch and headed to Port Allen for our whale watching tour.  Jan in Hawaii is prime whale season so we were pretty excited for this. Right as we pulled out of the harbor we saw a whole pod of spinner dolphins.  They swam by the boat for a bit while Halle snapped a million pictures.

It was a bit windy and rainy, which meant the water was pretty rough.  As we were getting out to sea we all sat up at the front of the boat. We were warned that it was in the spash zone but we didn’t think it could be too bad.  We were bouncing pretty hard and going pretty fast.  Jack said, “This is too fun to be scary!”  Then, we were all SOAKED by a giant wave that washed over the ship.  This scared poor Mave to death and she was not a huge fan of the boat after this.  Little Leo was also freezing!  His chin was quivering like mad.  Luckily G&G had some towels and so Mave and Leo went and snuggled up on the top deck of the boat with G&G where they were safe from the waves.  The boat ride was really fun and the captain told us about a little secret beach near Spouting Horn.  This caught our attention and we were determined to get to that beach.  More on that later.

The tour provided unlimited drinks and Blake took full advantage.  I told them since it was a vacation they could have a Pepsi if they wanted.  Blake drank 4 before I caught him!  Josh dutifully only drank one.  I’m pretty sure he wishes he would have drank more.  But, he did eat about a million cookies, so it probably evens itself out. 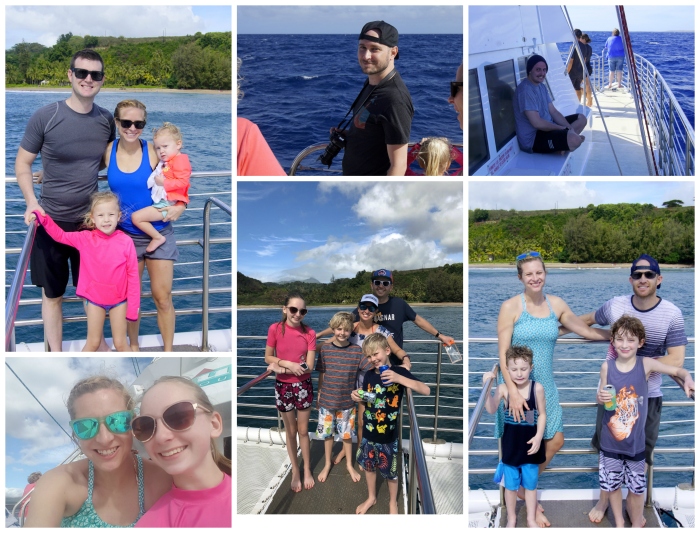 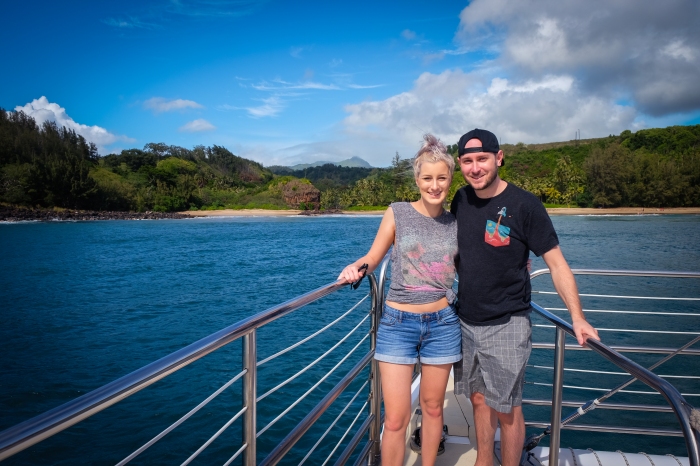 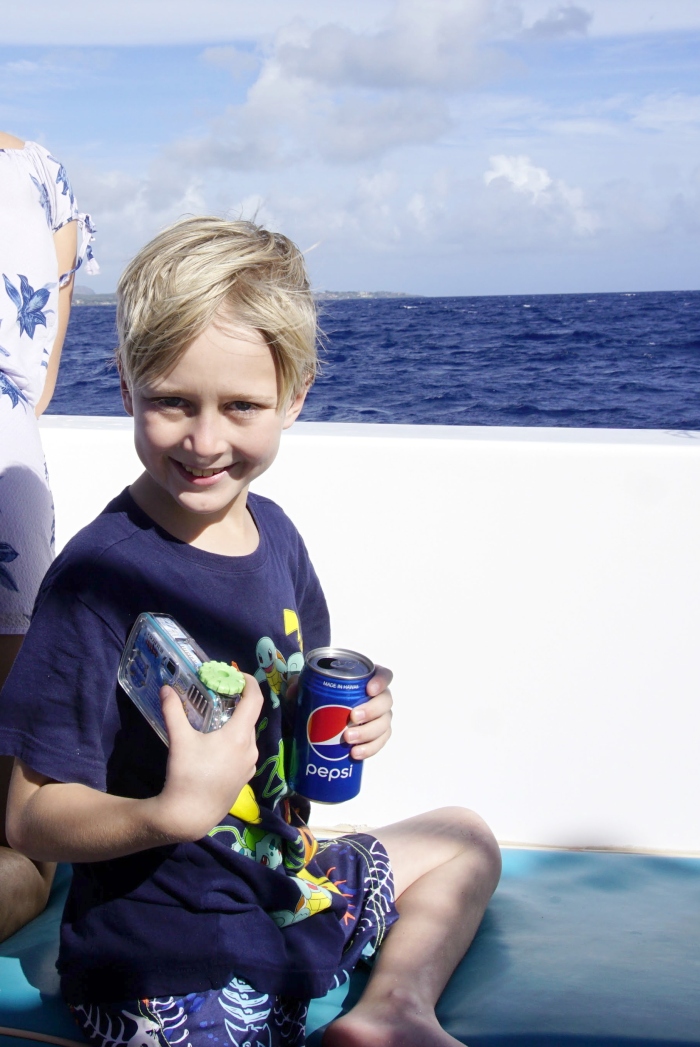 The bad part about the whale tour was that there were no whales!  We saw a couple of spouts and 1 quick glimpse of a tail and that was it!  So, apparently we don’t have the greatest luck with boat tours in Kauai.   As we were pulling into the dock the captain said, “Wow, I think we saw about 10 whales!  That’s great!”  Ummm…..were we on the same boat?  Even though we were a bit disappointed in the lack of whales, overall I’d say we still had a great time. 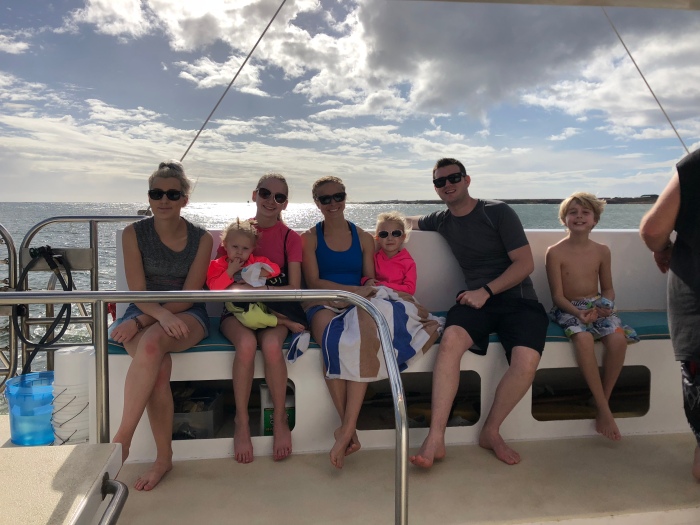 After we got back to the dock we hit up Salt Pond Beach. Salt Pond has some natural fringing reef that makes it a perfect spot for kids.  The water is really mellow and good for snorkeling.  Josh was disappointed by the lack of waves but all that was quickly forgotten when we saw our first SEA TURTLE!!  He looked so ancient.  By the time the trip was over we had seen about 7-8 turtles.  Amazing. 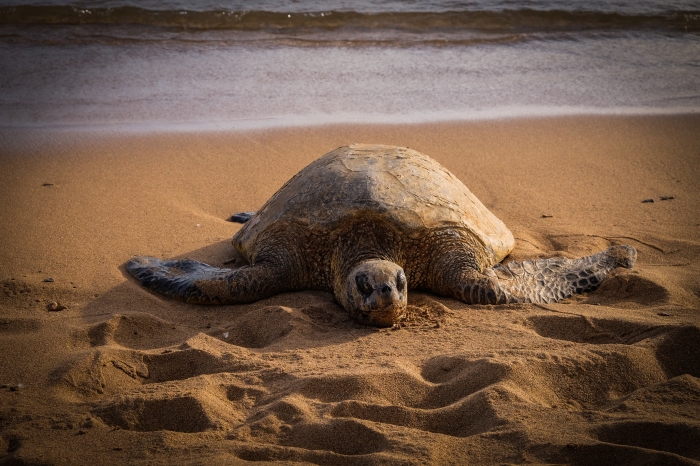 The JJLB club loved the beach.  They dug holes, built forts, and sang all sorts of inappropriate songs. 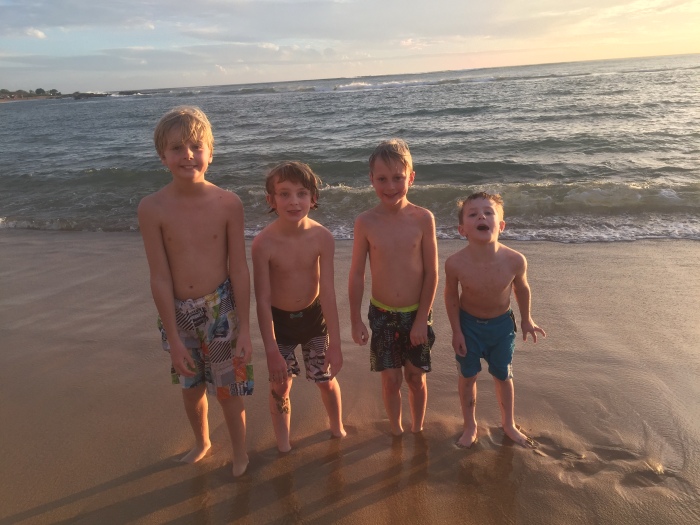 Now I was ready for Shave Ice! Jojo’s was only about 10 min away so Carlie, Nat, and I took orders and drove to pick up the shave ice.  Berry Berry did not disappoint.  I am convinced it’s the greatest shave ice flavor of all time.  We got some pretty funny looks as the three of us carried 10 shave ice out of the shop. 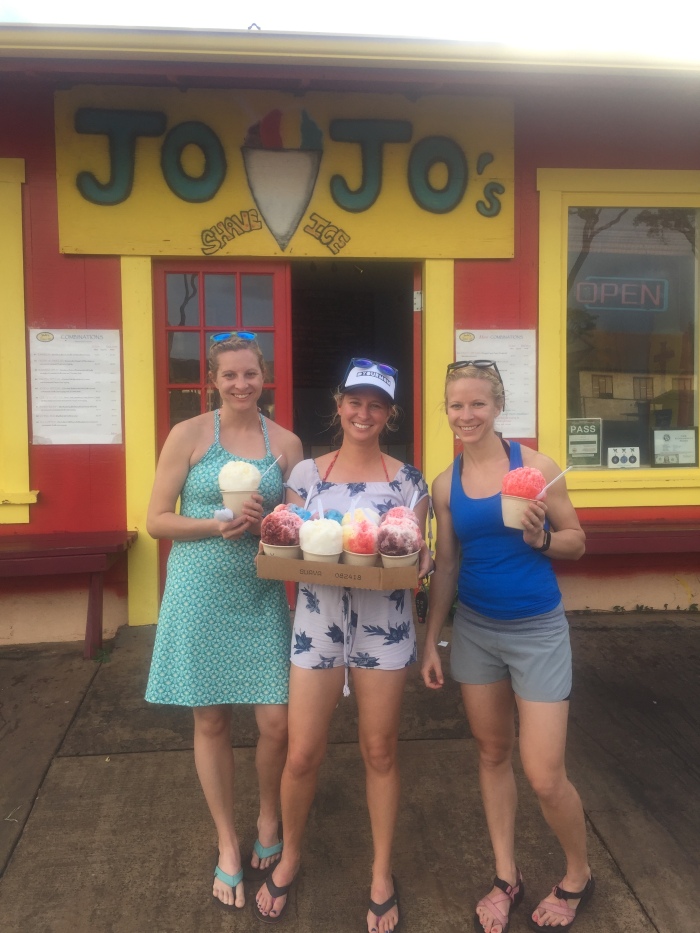 We all enjoyed our treat,  played and played, and watched the sun set over the ocean.  Perfect first full day on Kauai. 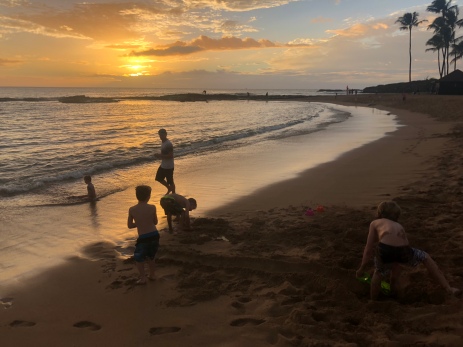 But the night didn’t end there.  We hit the hot tub and the pool when we got home.  This would be a theme of the trip and we swam in the dark almost every night we were there.  The kids loved having breath holding contests.  Josh remained the champ throughout the trip.