On the last day of Carlie and Nat’s visit we started our day with an early morning hike to Twin Peaks.  The fog has been pretty thick in the mornings so we weren’t sure what we would see at the top.  We were pleasantly surprised at how good the view was!  Not surprisingly, it was a steep hike up many, many, stairs.  The actual hiking on Twin Peaks is super easy.  It’s the streets leading up to it that are hard!
We had some great conversation along the way and when we got home most the kids were still sleeping.

(Me and Nat were singing the “Sisters, Sisters, There were never such devoted sisters..” song.  Carlie thought we were weird.)

We had a low key morning and then headed downtown to take a Gold Rush tour from Free Tours on Foot.  We first stopped for lunch at the Ferry Building.  I told the kids to bring their iPod’s just in case the tour was boring for them, but Blake forgot.  So, as we were walking to meet our tour guide he stopped and grabbed a free newspaper from one of the stands so he would have something to do.  Turns out there was a big article about how to find Pokemon on the Muni Metro and he was totally thrilled.  Gwen loves Pokemon and I have no clue, so whenever he needed help sounding out the Pokemon names he’d run over and ask Carlie.  But it turns out that no one needed alternate entertainment.  We all loved the tour!  Josh declared it one of his favorite days in San Fran.  Here are his words: 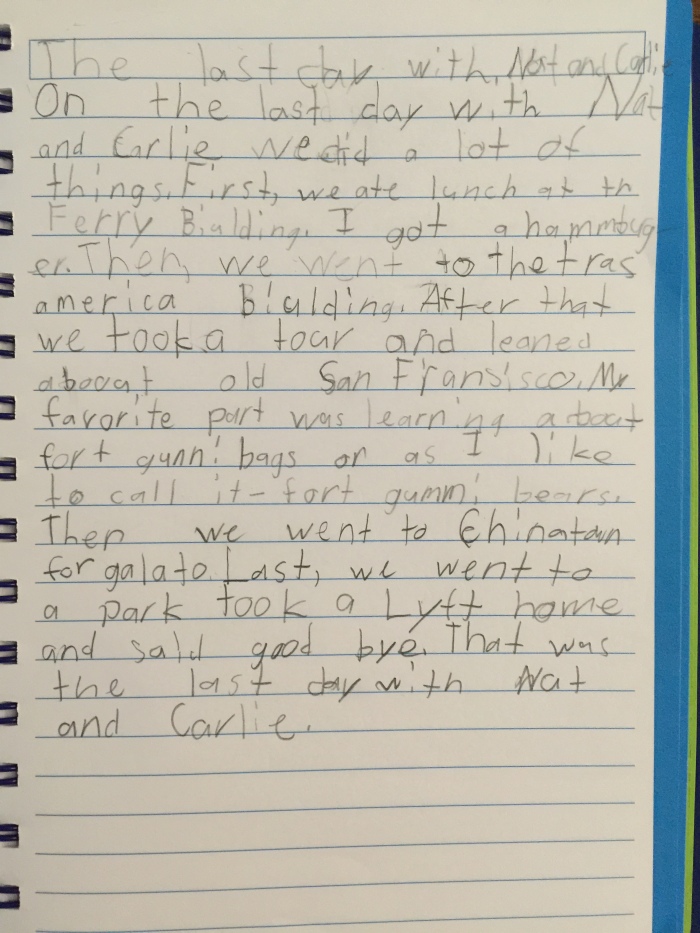 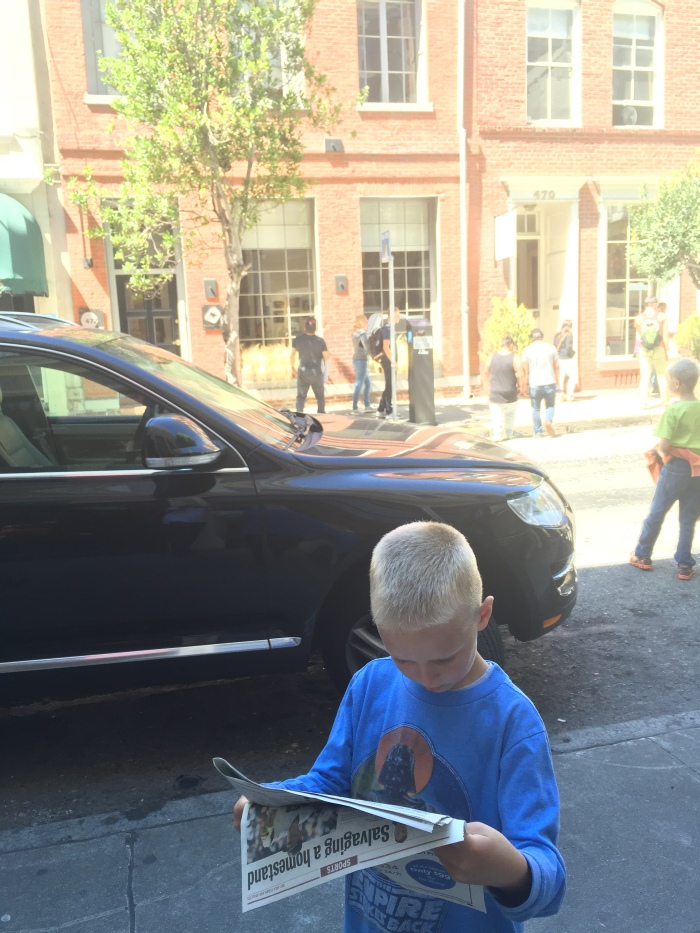 A few other fun things we learned on our tour:  SF grew so quickly in the gold rush that there was no time for proper infrastructure.  The streets were made of wood and fires happened all the time.  The fires would spread through the city via the streets and the whole town burned down 5 times in the space of about 10 years.  The first advertisements for the Pony Express said, “We prefer orphans.”  The Barbary coast was a pretty rough and tumble area.  There was one bar that had a grizzly bear chained up outside and patrons had to run past the bear to get into the bar.

Josh is the King of Selfies.  This is one of my favorites that we took in front of the Transamerica Building which is the tallest building in San Francisco.

We made a brief jaunt through Chinatown where Blake discovered his dream souvineer–a remote control transformer car.  He doesn’t have quite enough money to open it yet so it is sitting in the kitchen and he has been an eager helper to earn the rest of the money! Then it was a quick walk to North Beach where we indulged in some delicious Gelato and also some homemade Truffles from XOX.  We found an awesome park called Joe Dimaggio Playground with this super crazy swing.  The kids couldn’t get enough. 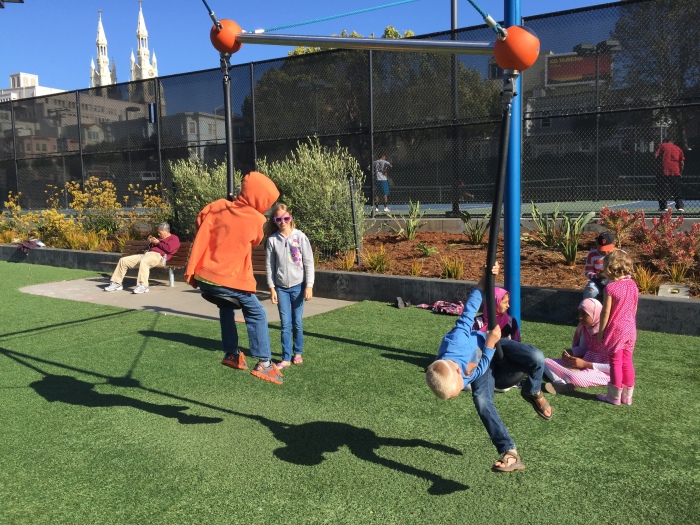 We had such a fun few days with Carlie, Nat and Mave and are so happy they came to visit us!