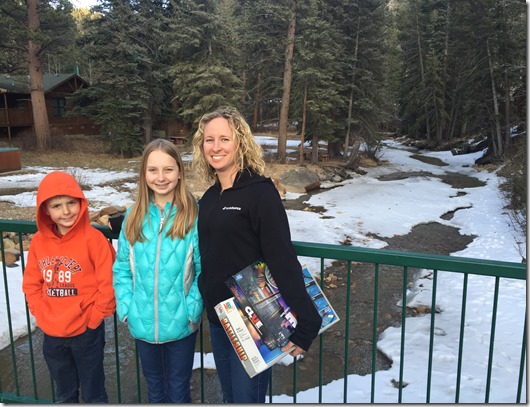 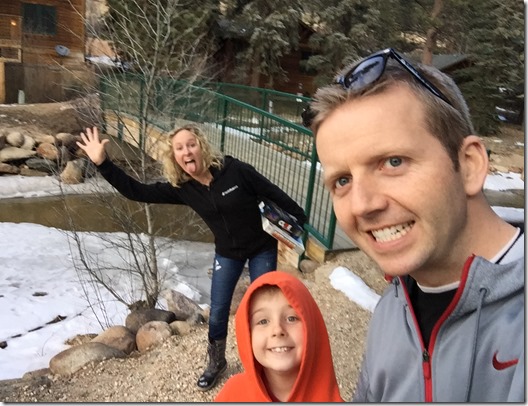 We had a fun little weekend getaway to Estes Park over President’s Day.  Which also coincided with Valentines Day this year.  The weather was supposed to be beautiful and sunny.  So imagine our surprise when it was windy, freezing and snowy the ENTIRE weekend.  Good thing we had a fun, cozy condo to snuggle up in.  The condo was beautiful.  It was right next to the river, had a fun upstairs bedroom for the boys, and a king size bed for mom and dad, and a JET TUB.  Me, Halle and Josh sure enjoyed that little feature.  Halle and Josh were espically fascinated with it.  Halle got a long soak one evening but Josh tried one after everyone had already showered for the morning and the hot water was out.  Not wanting him to miss out, I dutifully filled pans with hot water on the stove and poured them in his bath.  The things we do for our kids….

The kids were really great on this trip and got along super well.  It’s always a wild card to know if that will happen.  They were also adventurous eaters!  We convinced them to try a curry and kabob place.  Halle had chicken, and Josh and Blake shared a combo plate of lamb, chicken and shrimp.  And they all scarfed it right down.  Estes Park must be magic. 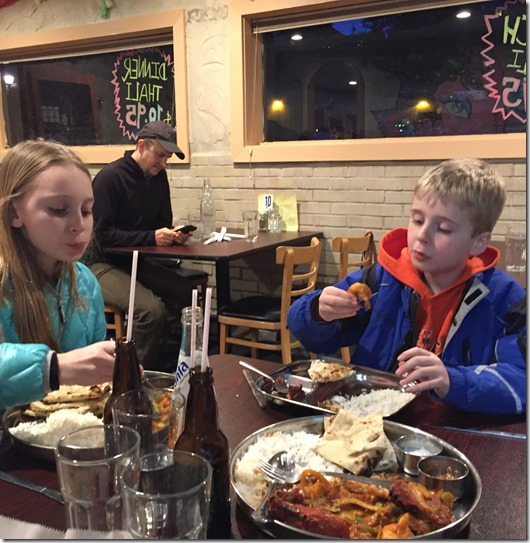 We ended the day watching “What about Bob.”  Rust thought there was no way the boys would sit through it, but they laughed their little heads off the entire time.

The next morning was Valentine’s Day.  The kids woke up to a sweet surprise and a big yummy breakfast. 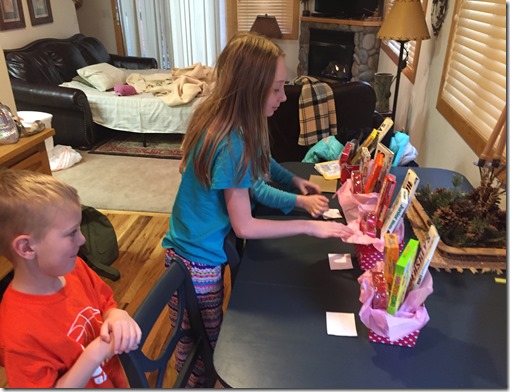 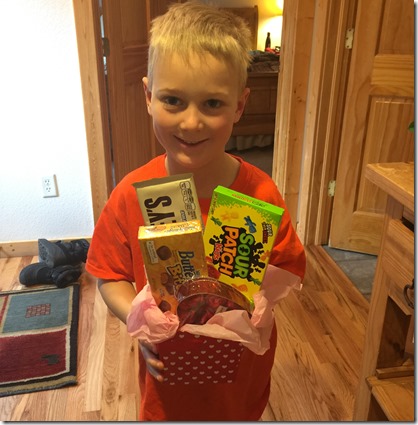 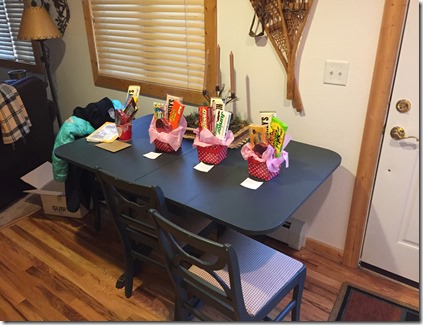 Then we were off to the YMCA.  We purchased day passes so we could do all the fun activites.  We played PIG on the basktball courts, (I won! Wearing snow boots no less.  Blake, let that be a lesson to you…) and went rollerskating on the tiny rink.  We also swam at the pool and played some rousing games of Monkey in the Middle. 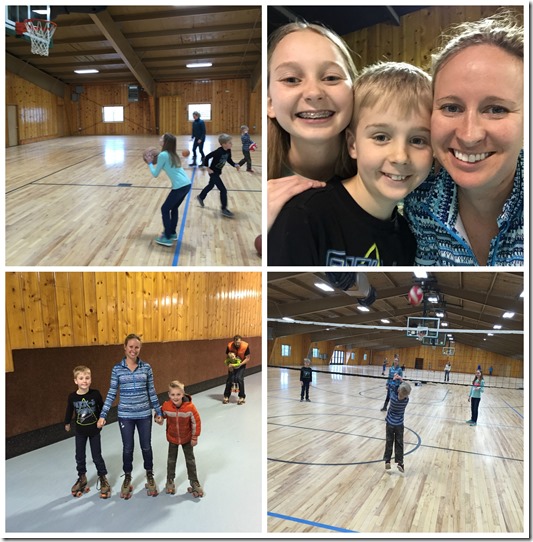 But everyone’s favorite part was the craft center.  Josh and Blake tried their hand at Mosaic art, and Halle painted a darling little ceramic dalmation. 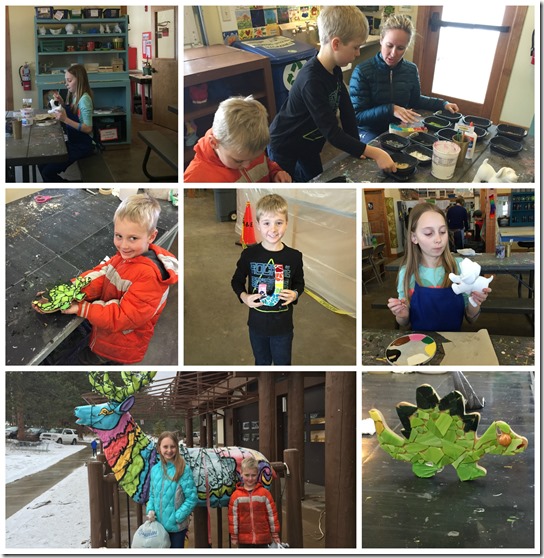 Then it was time to rush home and quickly get ready for Cupid’s Crazy Cafe.  Even though we weren’t at home, we couldn’t abandon this tradition of a mixed up Valentine’s dinner.  As luck would have it, the Scriners were also up in Estes so we invited them to come join us for our wacky dinner.  This year we served spaghetti and meatballs, salad, fruit, and pazookies for dessert.  It was pretty funny when someone got their spaghetti with no fork.  Also, it was uncanny how many of the kids chose dessert for their first course.  I think they may have peaked…

The kids had been begging to have cherry Coke for their special drink.  I told them I’d hunt around for a caffeine free version.  Well, I could only find diet caffeine free, so I just bought the regular.  You would have though I brought home drugs for them to try.  They were flabbergasted.  I told them it was just fine for this one special occasion, and then really did feel like a drug pusher.  Lol. 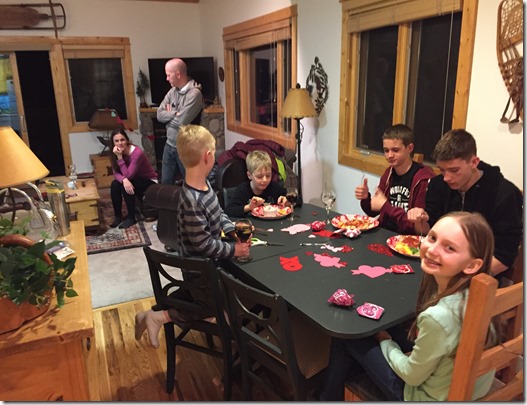 We ended the evening with Minute to Win it: Valentine edition. 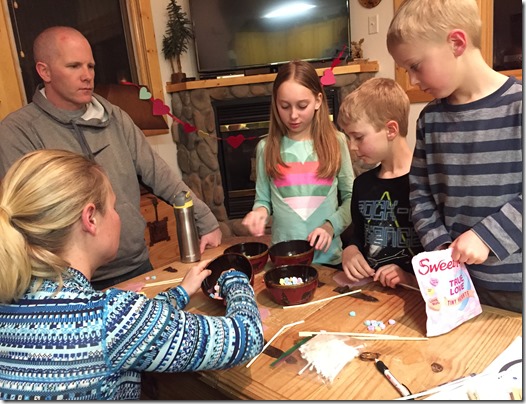 The next day we were slated to go sledding, but the weather really wasn’t cooperating.  We decided to have a lazy morning watching Soul Surfer and playing Clue and then hope the weather cleared for the afternoon.  It didn’t.  We headed up into RMNP anyway.  The wind was fierce!  Josh’s sled got blown 1/2 way down the mountain, and walking up the hill was a major workout because the wind was pushing back against us so hard.  We didn’t last long on the sledding hill but we did get in a few good runs. 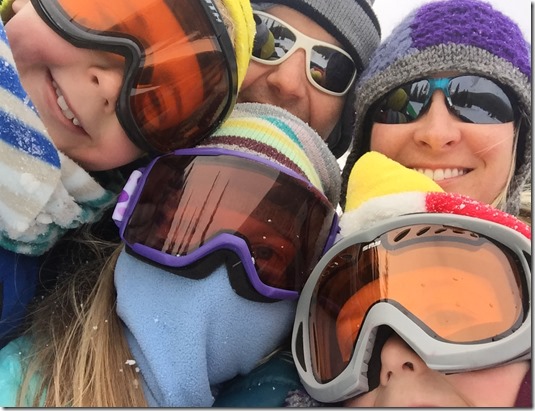 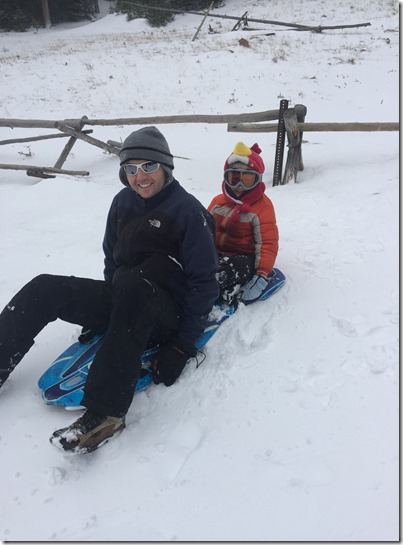 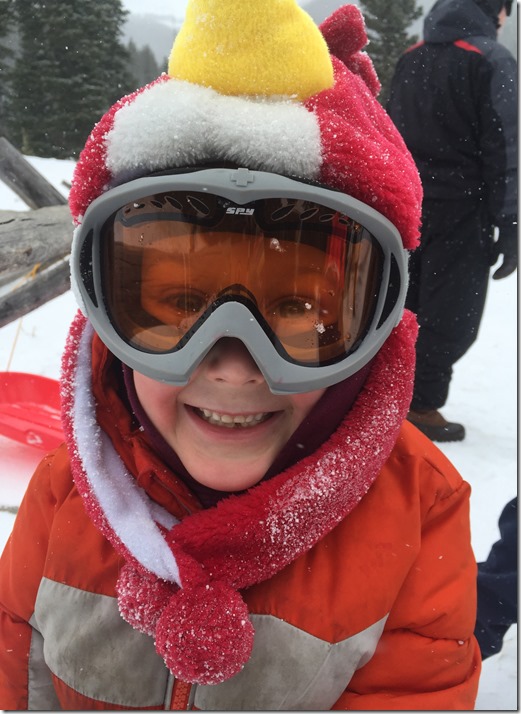 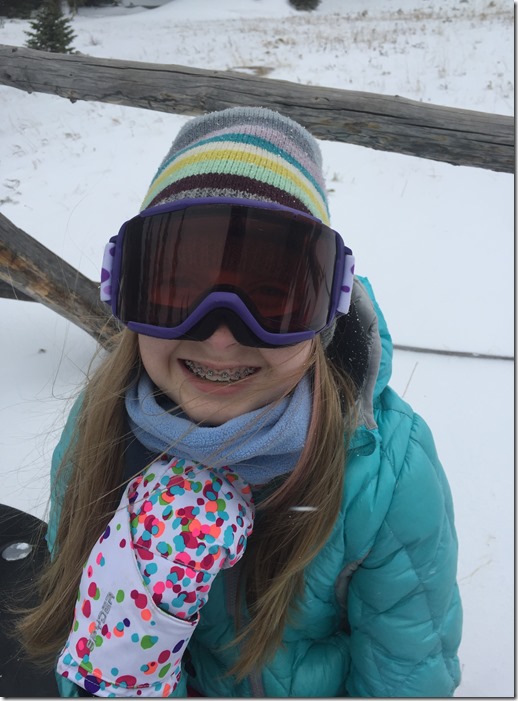 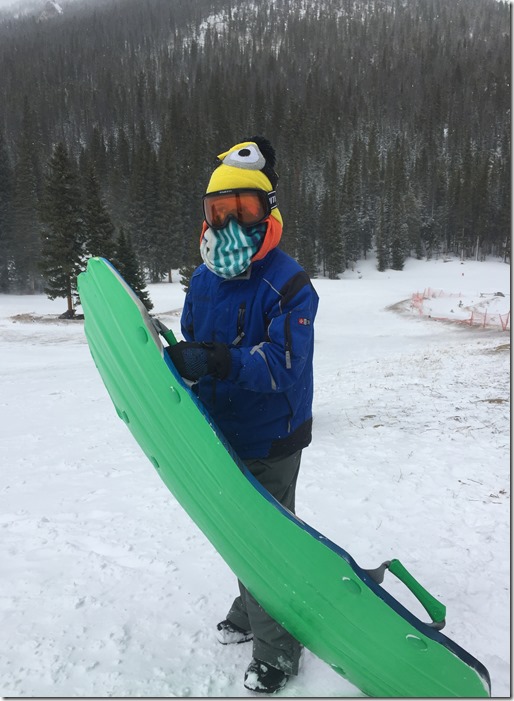 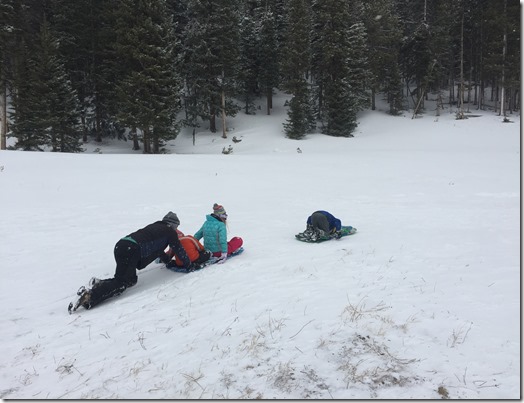 After filling our tummies up at Baba’s Burgers we hit the road for home.