While in Bandon, we decided to hit up the West Coast Game Safari Park.  The premise seemed really fun.  See exotic animals up close and have a “hands on” experience.  We could pet a baby brown bear, baby bobcat, baby leopard, and baby fox.  We could hold a possum, and ferrets.  Sounds like a kid’s dream come true.  But it was actually really awful. From the moment we got there I had the sense that something was off.  It felt dark and sad.  I have my qualms about regular zoos but this one definitely crossed the line for me.  The enclosures were super super small and really nothing more than chain link fences.  There was no real habitat environment.  And when I was trying to probe about how it was ok to pet all these exotic baby animals, I felt like the handlers just dodged the questions with canned answers instead of real ones.  Rusty saw one of the maintenance men fully spray a cougar right in the face with a garden hose to try and get him in his enclosure so he could clean the rest of the cage.  The cougar hissed and arched his back and got sprayed again.  The chimpanzees were pretty aggressive and the whole place smelled terrible.  Josh and Blake didn’t like it either and wanted to leave pretty early on.  But Halle loved seeing all the baby animals.  I was so torn.  Most of me wanted to leave immediately.  But those baby animals were pretty appealing.  Needless to say, we will never ever ever visit one of these kind of roadside zoos again.  Those poor animals.  I’m not even going to post pictures because the cute baby animals will deter you from how awful it was.

But the next part of our day was not awful at all.  In fact, it was pretty down right perfect. After a few hours on the road along the beautiful Oregon coast we pulled into Beverly Beach State park.  What an amazingly fun beach.  It is huge and there is a little stream that runs right into the ocean.  The kids thought that was the coolest thing ever.  Kimberlie and I sat on the beach and gabbed the afternoon away enjoying the practically perfect weather.  The kids mostly played in the little stream because the ocean was freezing.  No one wanted to leave when the time came, but we still had a few hours to Portland and wanted to get there before it got too late.  And apparently I didn’t take any pictures of the stream!  Sad face. 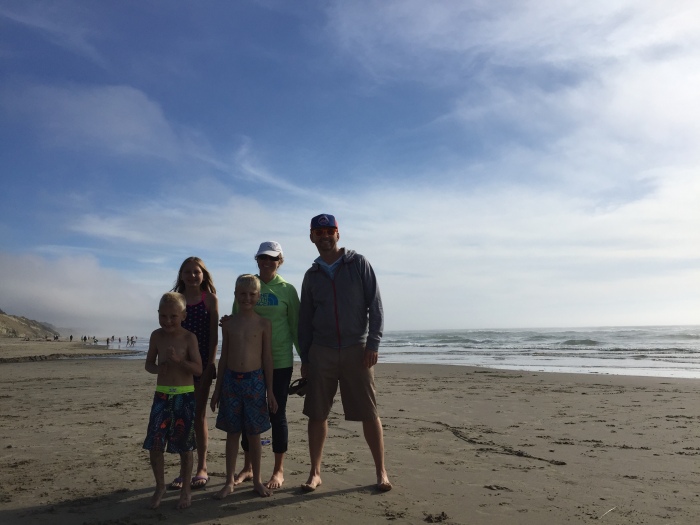 Seeing these two little buddies together again has done my mama heart good.  They are so happy to be with each other again.  They can get pretty naughty but it is so hard to be mad at them because they are having so much fun.

After a 40 min nightmare in a Dairy Queen Drive-Thru line, and a couple more hours on the road, we made it to Portland.  Bob and Kimberlie’s house is awesome.  We were so happy to be there.  The kids watched a few Olympic events and then we whisked them off to bed.  We needed to be up early for the Bubble Run! 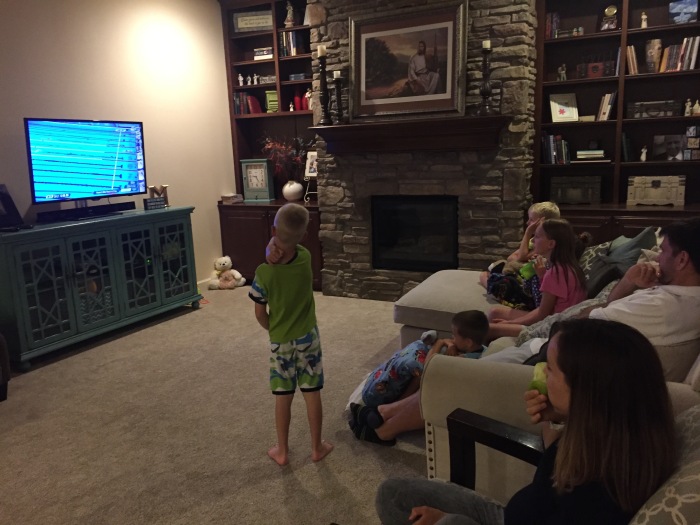 And….Blake Sleeps on the way to Portland. 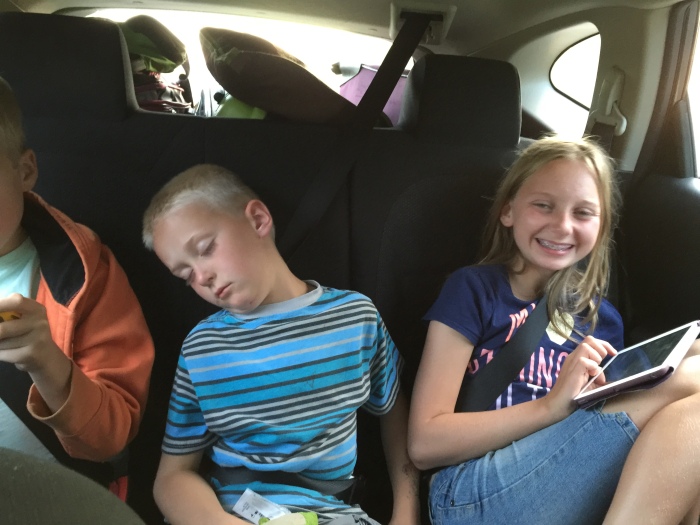