We zoomed up the coast as fast as we could, eager to meet up with the McBrides.  Our first stop was at the Chandelier Tree.  Driving through a tree is on my bucket list so Rusty let me do the honors.  It was a pretty tight squeeze, but we made it 🙂 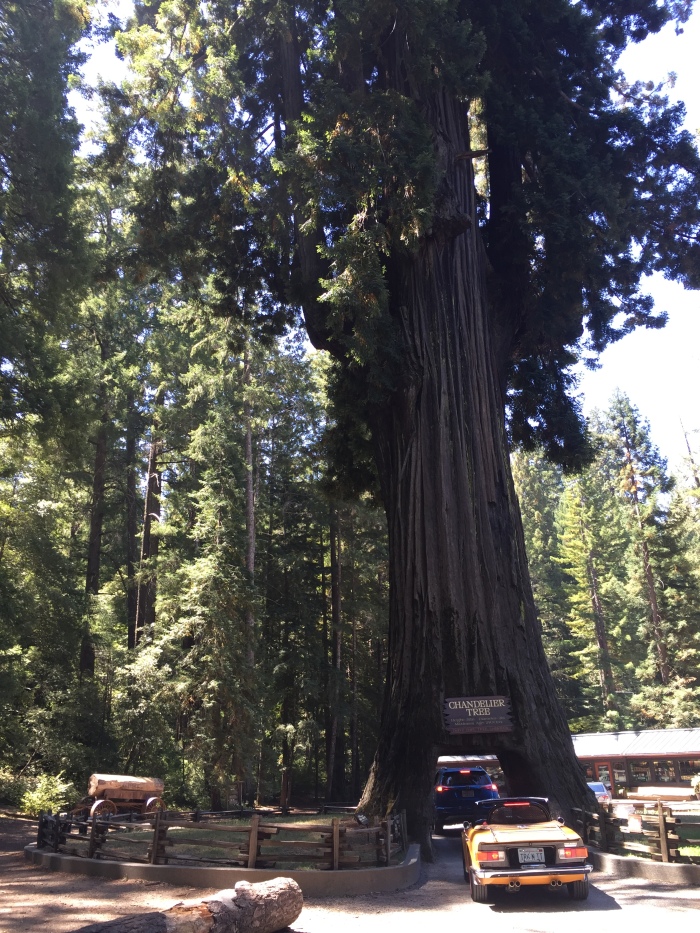 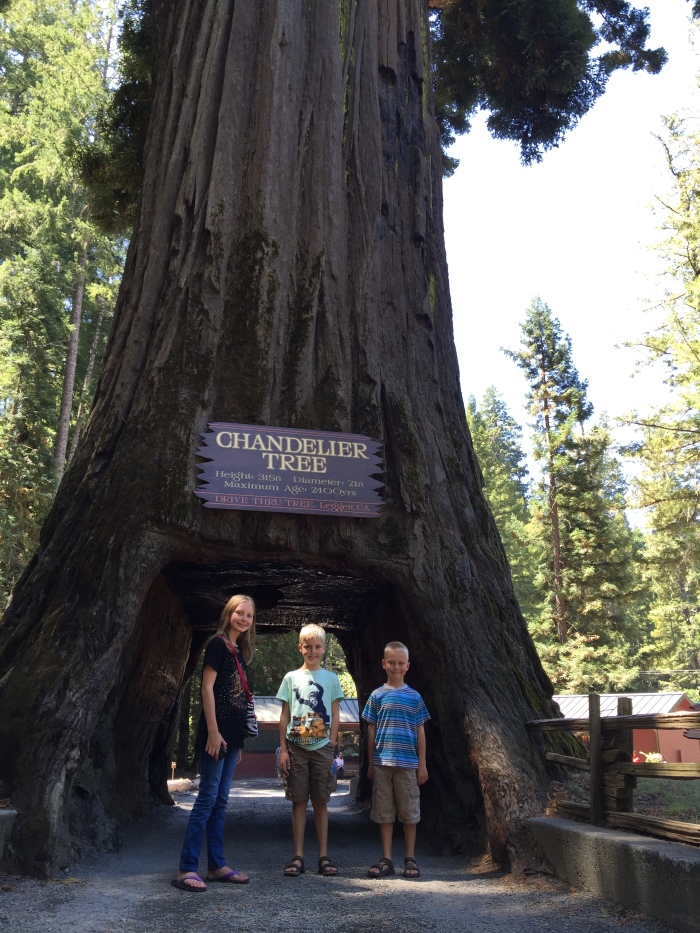 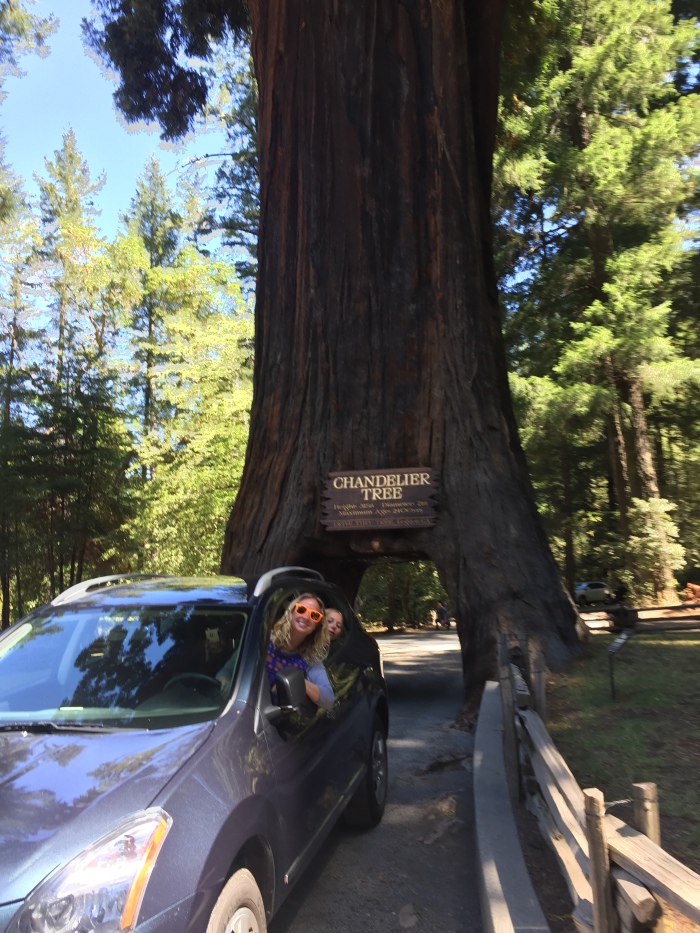 We were a little ahead of the McBrides and had a little time before we were scheduled to meet up so we stopped at a beautiful grove of trees and went for a little loop hike.  Loop hikes were the theme of this trip and we took several more over the next few days.  We thought these trees were gigantic.  Turns out we hadn’t seen anything yet! 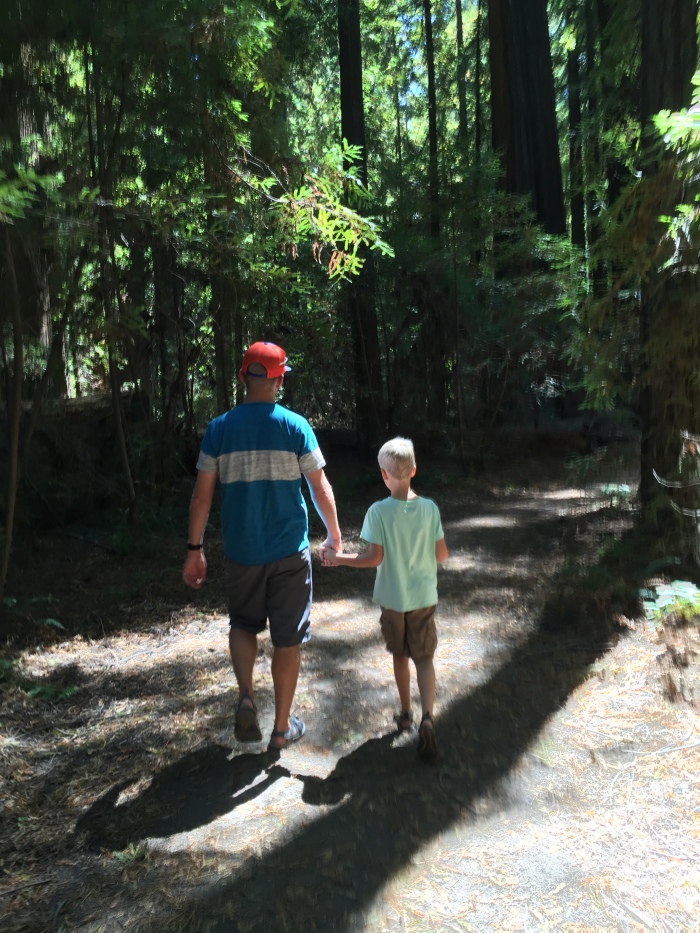 We met the McBrides at the Shine Drive Thru Tree.  When Blake caught his first glimpse of Truman he said, “Mom!  I hardly recognize him!”  It’s amazing how much growing these boys did in just one year.  Within 5 minutes their friendship was rekindled and they were running around like crazy people.

This tree was really cook because the crack is natural whereas the other tree had been cut out.  A big Surburban was trying to fit in before us and we saw them bang into the tree.  They got a pretty big dent on their passenger size.  We made it through safe and sound. 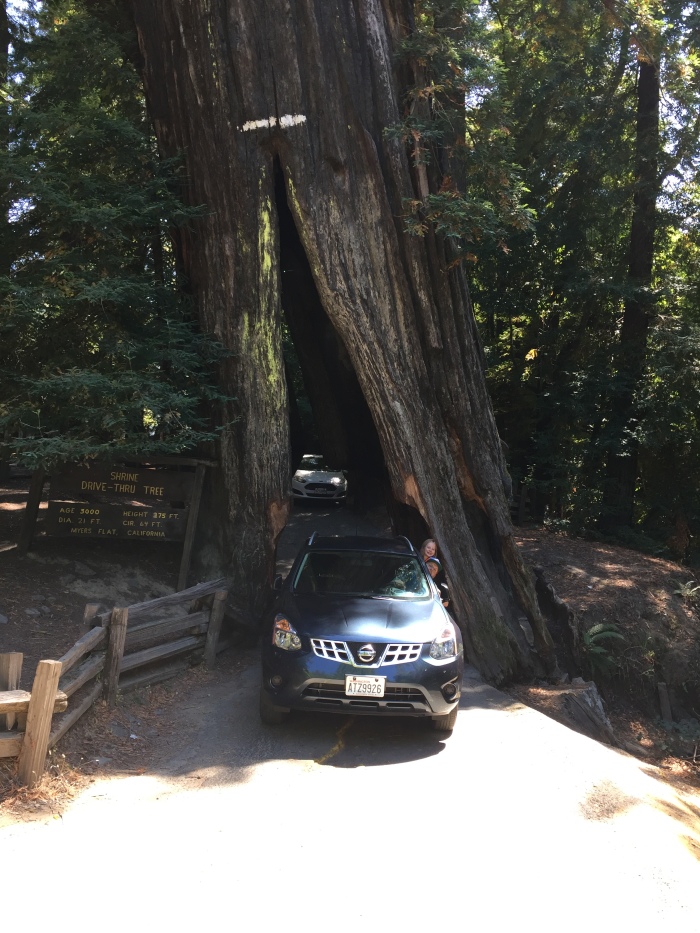 It was so good to see Kimberlie and Bob and Averi and Truman.  They had left Lynnlee and Sam at home with a babysitter which made things much easier on them not to have to worry about the two little ones.  We starting catching up while the kids played in some little tree houses.

Next stop was Founders Grove to see some more Giant Trees.  These trees are really magical.  They just feel old and wise and majestic.  It’s awesome. 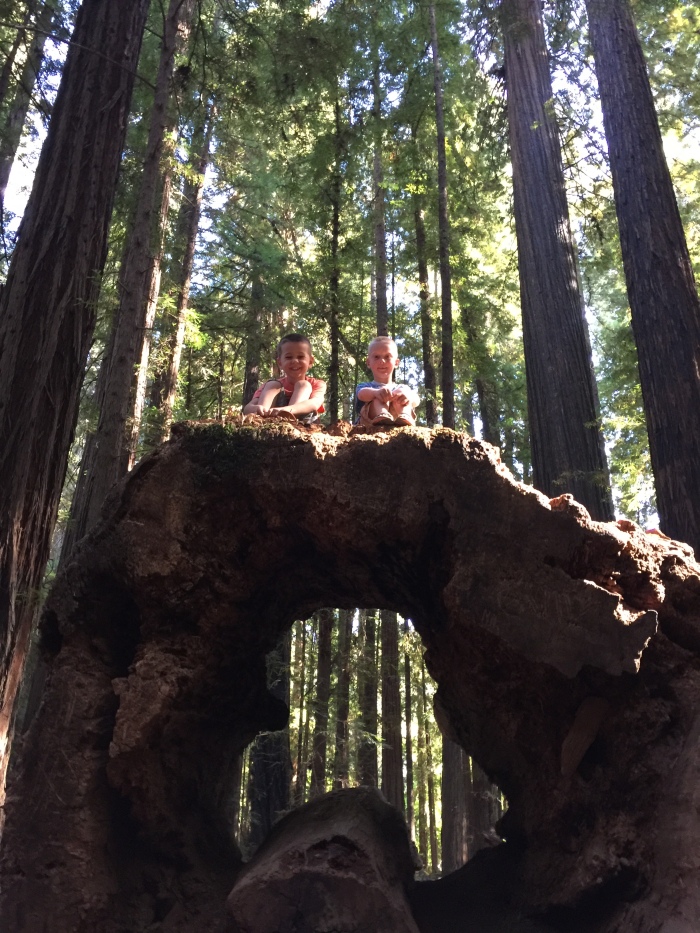 The roots of this tree were one of my favorite things we saw.

This splintered tree was one of Rusty’s favorite things.

We headed to Eurkea and spent the night at the Red Lion Hotel.  It was great! We both had a suite.  Our kids slept in one room and Rusty and I had a King bed.  It was soooo nice to finally feel like we had some room.  It’s amazing how spoiled we are sleeping with a King bed all the time.  The Queen in San Fran felt miserable and cramped. The kids ran straight for the outdoor pool and played and played..  Halle was running and jumping and splashing and Rusty and I were just talking about how grateful we were to see her healthy and happy.  This time last year she would have been sitting out no participating because her Chron’s was making her feel so crummy.  Health is such a blessing. And on that happy note we ended our first day in the Redwoods.