Jan 1, 2020 was our day to explore Berlin. We slept in and let the kids play together all morning. The city was pretty quiet, with most stores and shops being closed down for the holiday. We started in the picturesque Nicholaiviertel and made our way to Berliner Dom. 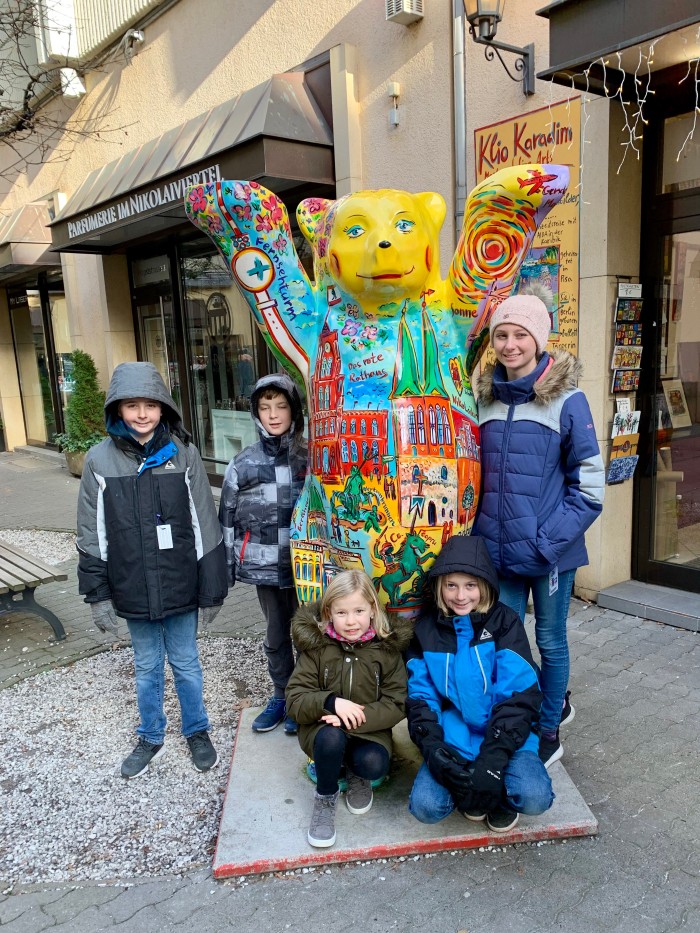 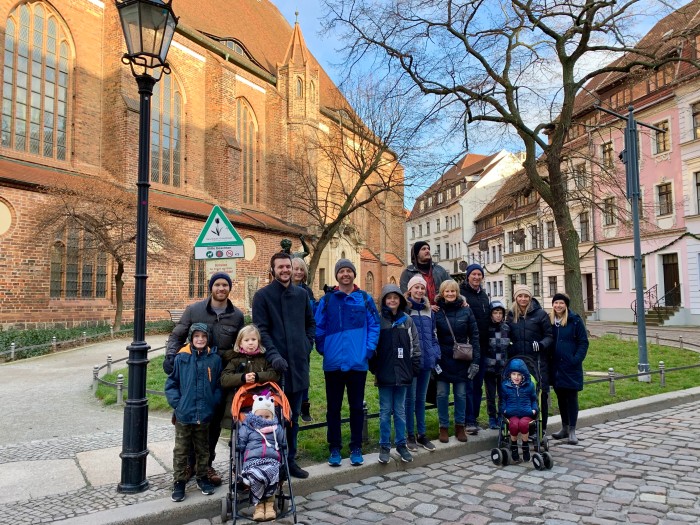 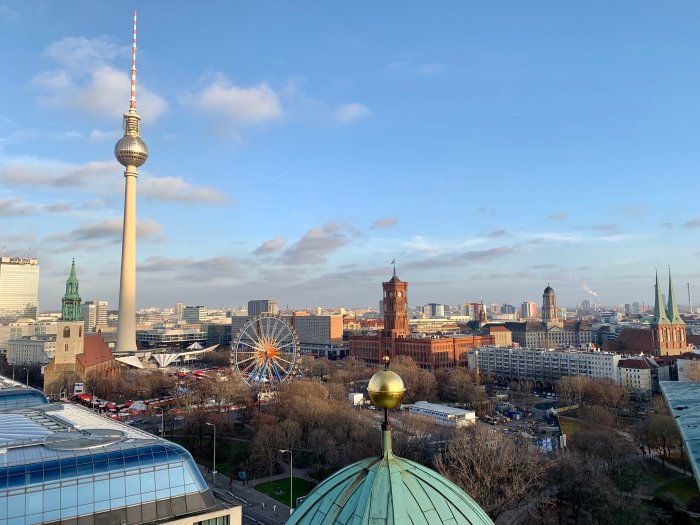 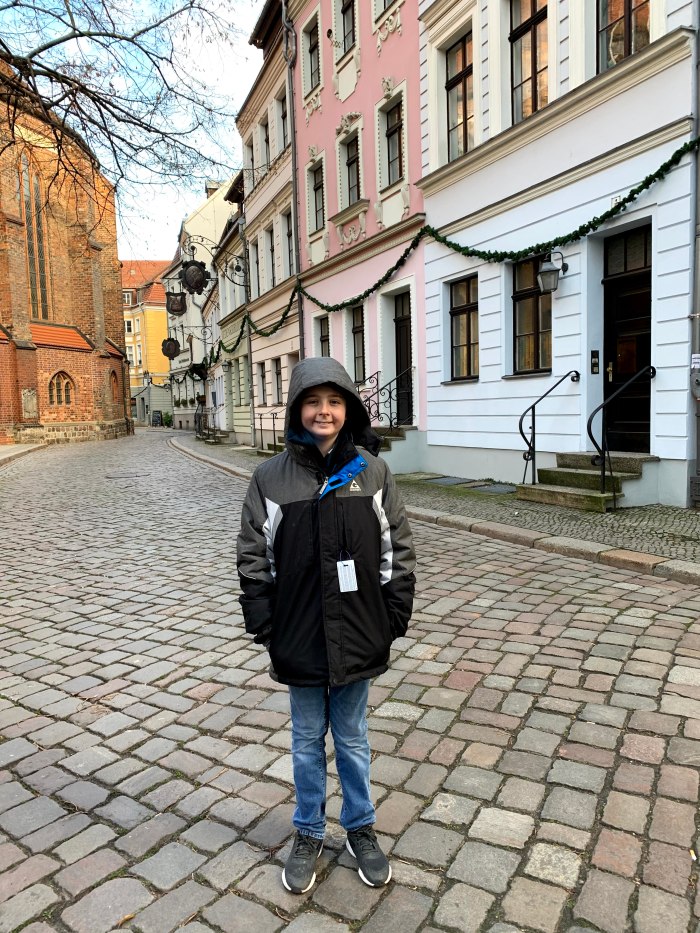 Rusty and Josh, my parents and Cole and Michael and Jack went inside and climbed to the top. They loved it! 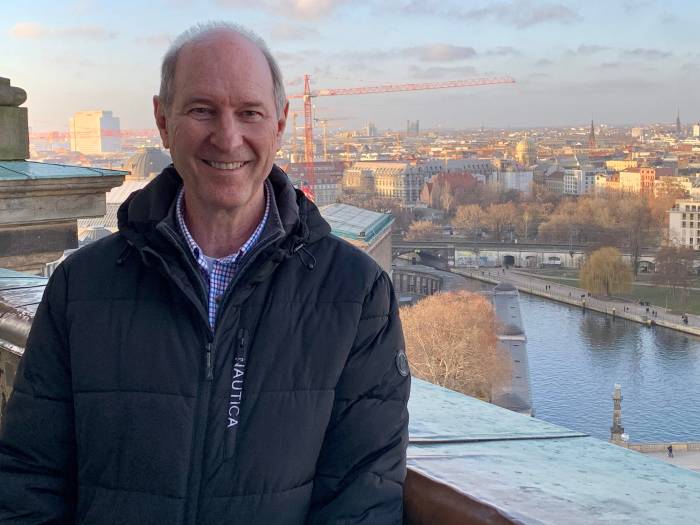 As we were walking through the city we could hear Blake and Leo intensely arguing. We were trying to let them figure it out on their own without the adults intervening but we were so curious what they were fighting about. Finally we heard enough to know they were pretending to be wizards and were arguing about which powers each if them possessed. 😂 The rest of us who had already been to the Dom made our way over to the Christmas Market at Alexanderplatz. I’m not 100% sure why, but this was my favorite one. Maybe it is because I finally got to try handbrot. The most delicious cheese and ham filled bread cooked in a wood fire stove. I seriously wanted to eat like 10. 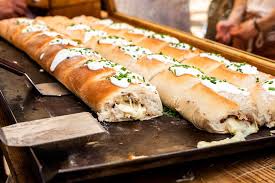 And the other best part was the ice rink. Rusty and the kids went and skating and I took pictures. I loved seeing Mave and Halle skating hand in hand and Gwen and Blake having the best time. Leo has the cutest little penguin to help him along. It was so magical sitting there with the TV tower and beautiful church in the background, watching my family skate around Neptune’s Fountain. 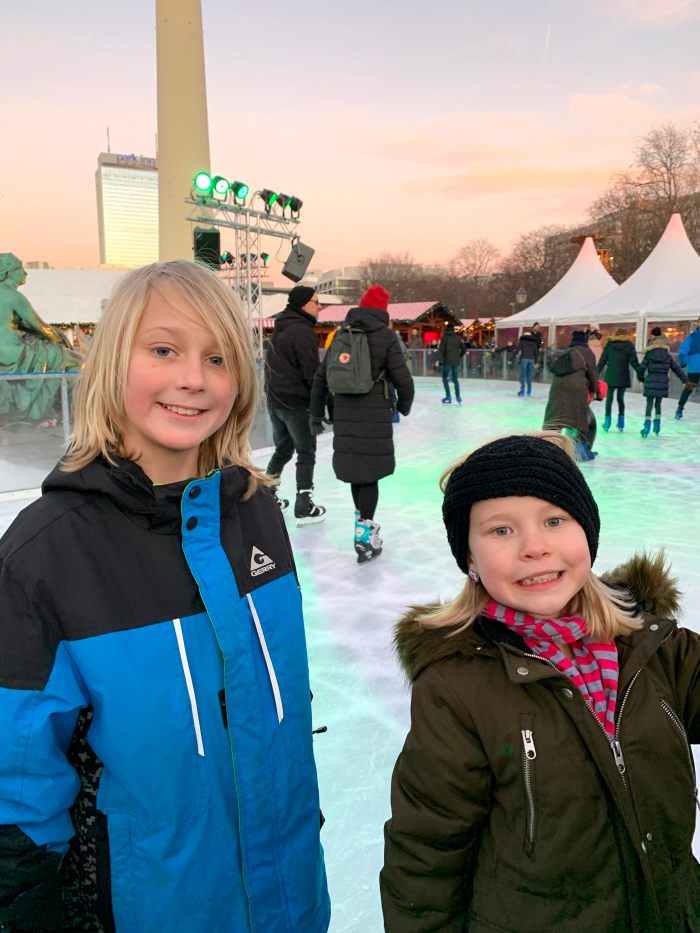 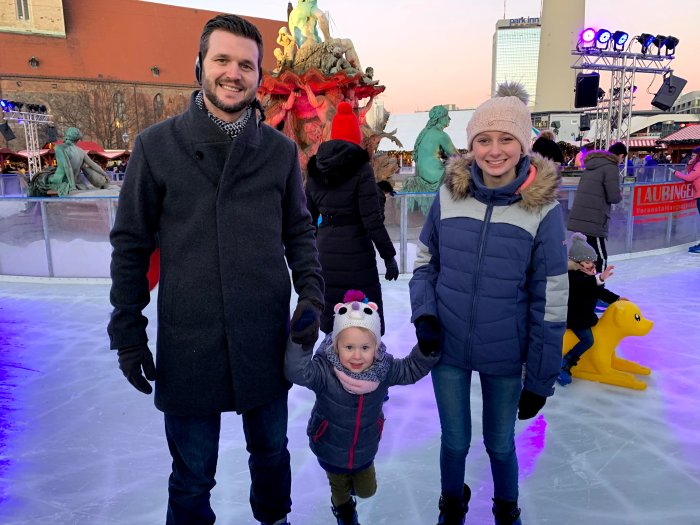 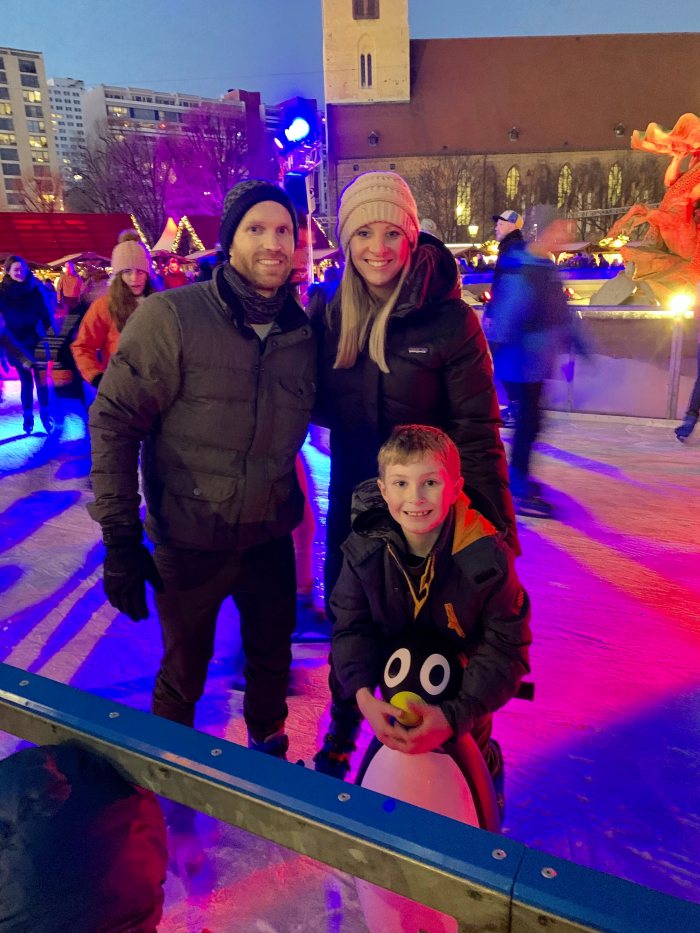 Carlie and I got an apple baked in a clay oven and then filled with vanilla cream, raisins, almonds, and cinnamon. It was delicious! 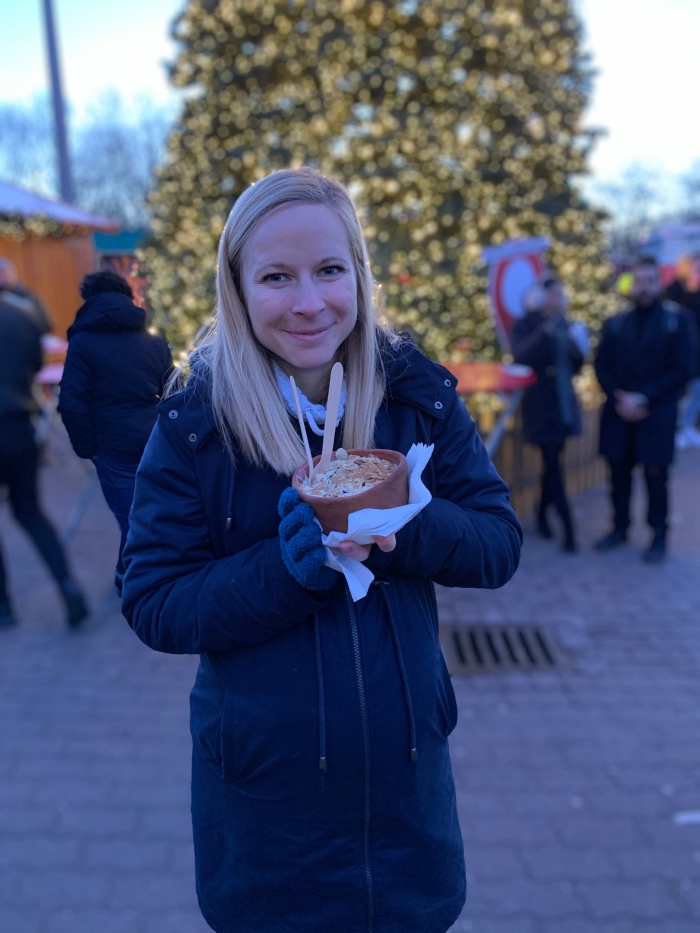 Much to the delight of the children, after dark Santa flew by on his sleigh. Complete with fireworks shooting out the back. 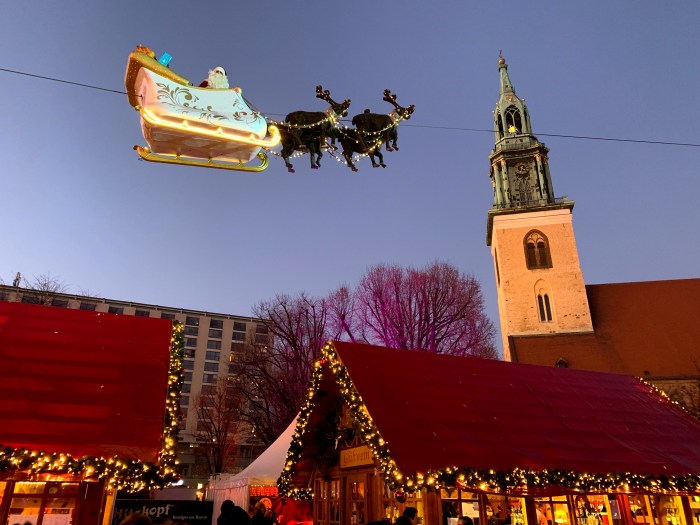 Mave’s little feet were cold so I turned her into a “winter mermaid.” The kids got hot chocolate when they were done skating. I love how eco friendly Germany is. They give out glass cups and charge a fee for them. You can either keep the cup or return it when you are done and they will refund the fee. We found this practice everywhere we went. And not once were we ever offered a plastic straw. 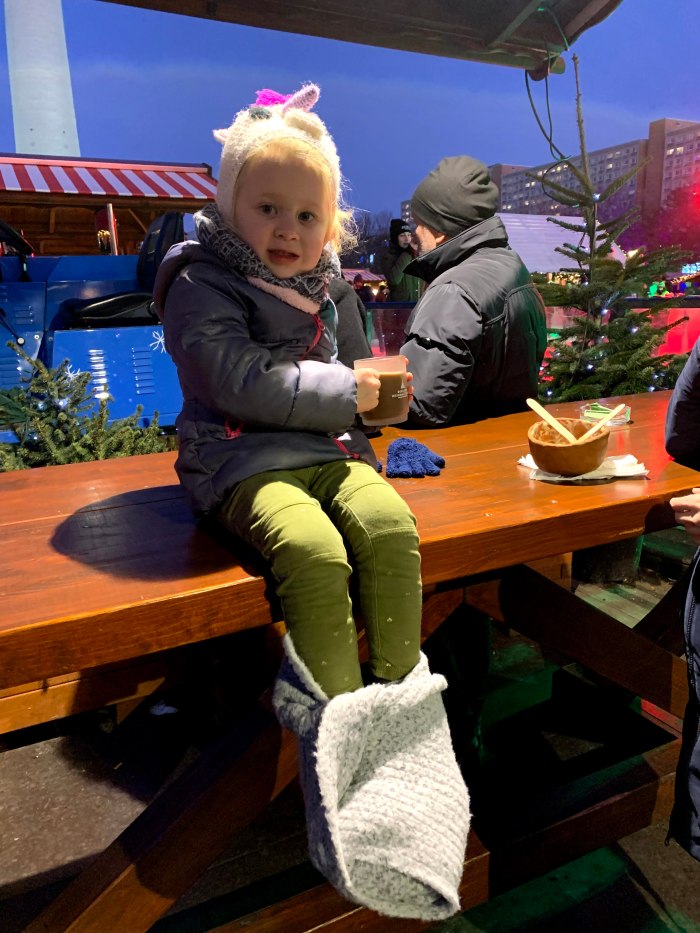 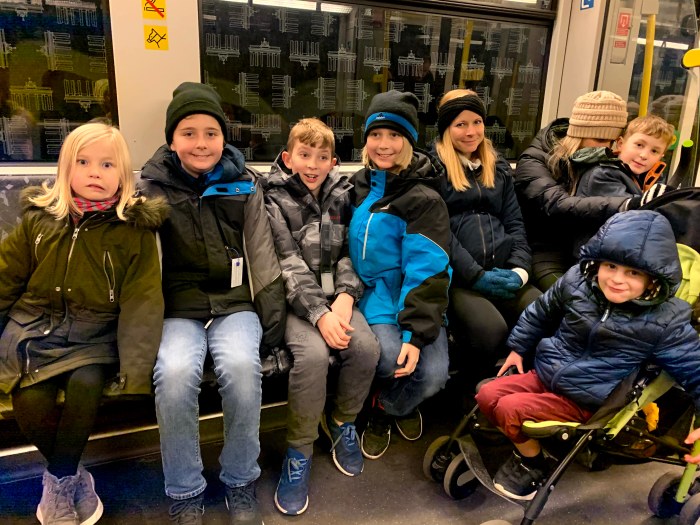 And I just loved this picture with the Christmas Pyramid and the Gingerbread Ferris Wheel.  Pure Christmas magic. 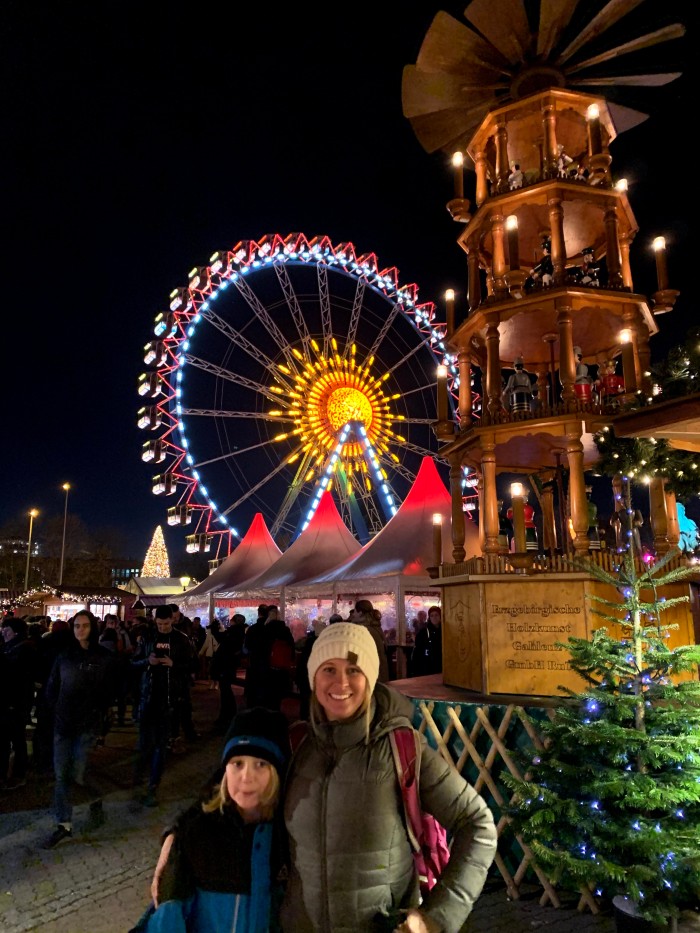 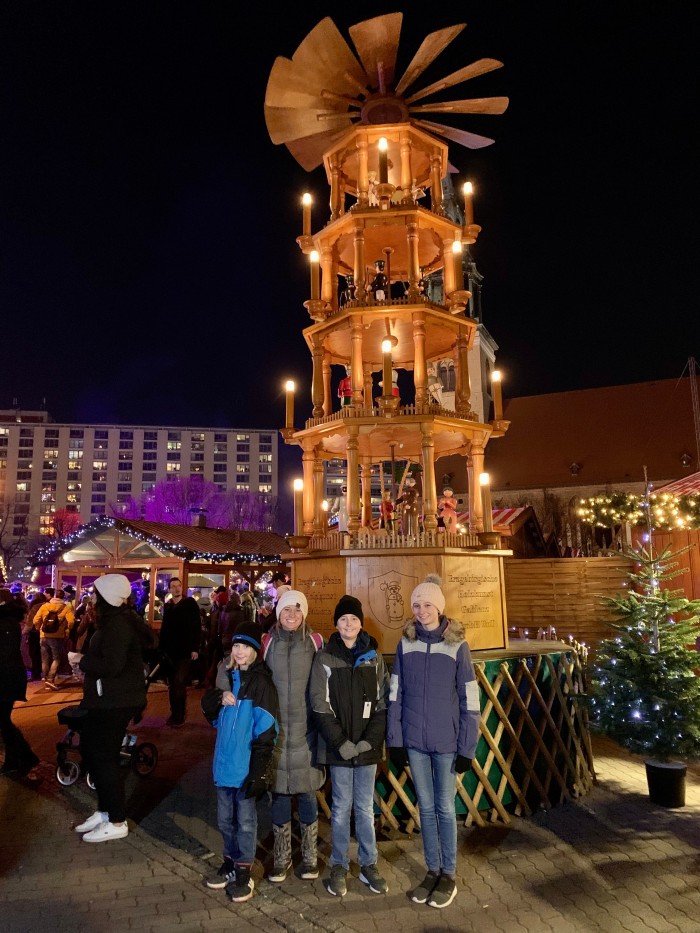 After we had our fill of the Christmas market we checked into our AirbnB and set up for Carlie’s surprise family baby shower. I’m pretty sure Gwen and Mave were waaaay more excited about this than Carlie. All the kids had a blast. We started off with presents, then moved to some games. Nat has a really funny pin the pacifier on the baby game that got really competitive! Then I had a memory matching game that was all about different kinds of baby poop. The kids were equal parts grossed out and totally delighted. But maybe the favorite game of the night was baby bottle drinking contests. We filled bottles up part way and the winner was the first one to chug the whole bottle. All the kids wanted to go again and again. 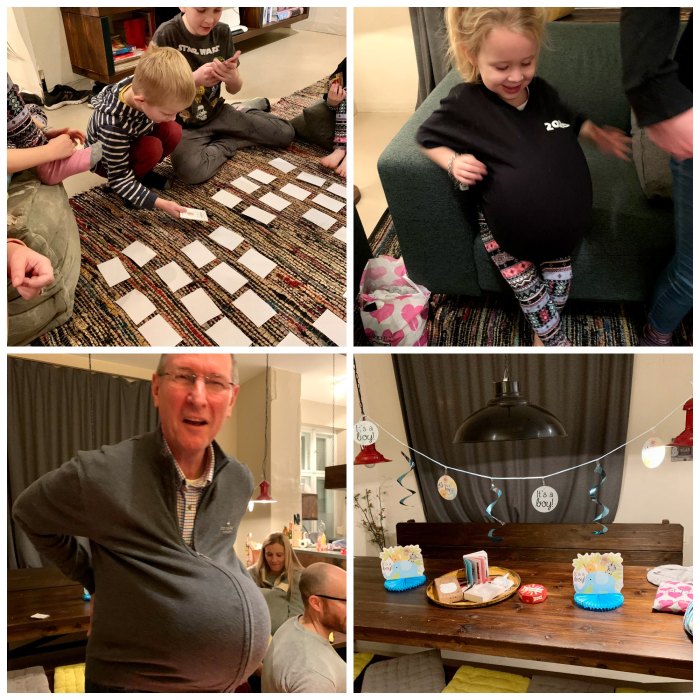 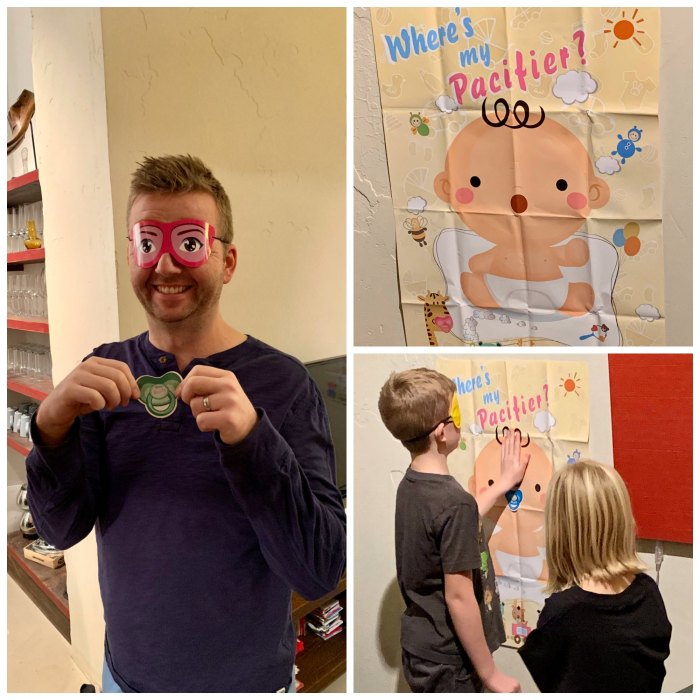 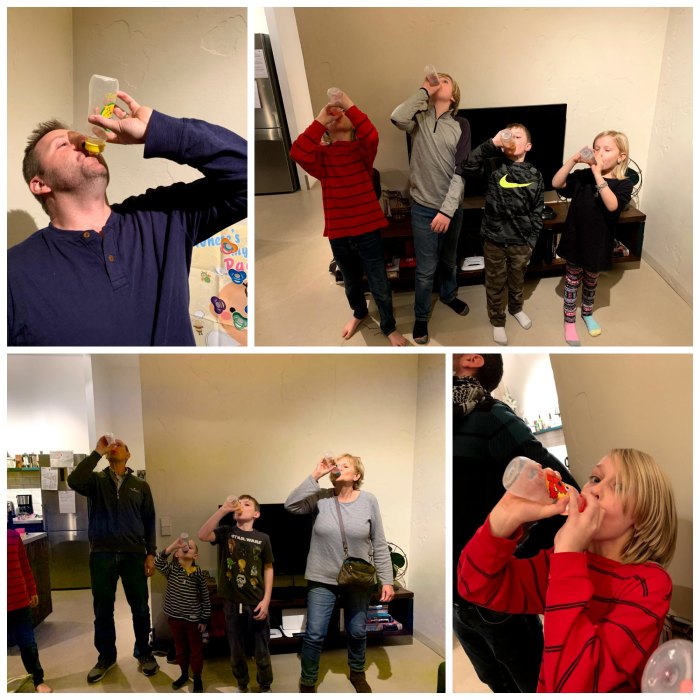 We ended the night with an epic round of Left, Right, Center.  I won! 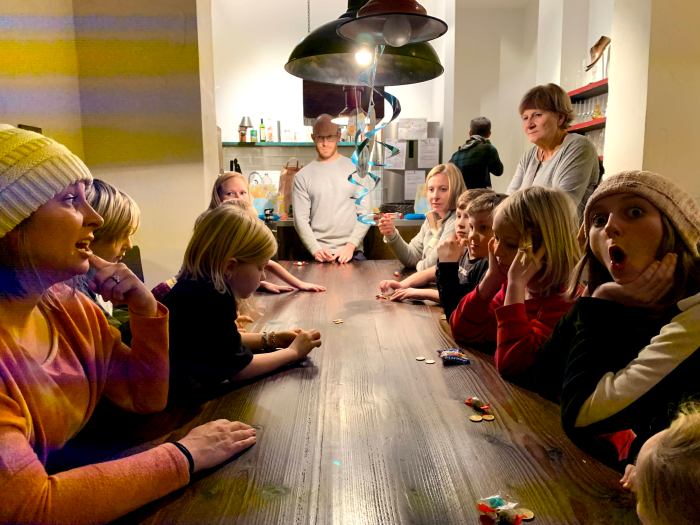 Rusty drove Halle and the Schofield’s and G&G back to their house while the rest of us climbed into bed. Our AirbnB is just perfect. 5 bedrooms, a great kitchen and living room, two bathrooms and a laundry room. We couldn’t have dreamed of anything better.