Where to even begin?!?  It was a whirlwind weekend and I loved every minute of it.  Except maybe the last 4 hours of our 10 hour drive home 🙂  We drove to Utah on Thurs, Sept 8th.  I’ll do a separate post about our fun BBQ at the Banks house and skip straight to the wedding here.

Sept 9, 2016.  Landon and Jhena’s wedding day.  We all got up early to get ready at be at the Cornell’s by 9am.  Halle was going to babysit all the kids while we were at the temple.  Everyone was so excited.  You could just feel it in the air.  The boys were especially excited since this was their first family wedding.  They were a little disappointed when they realized they were going to miss the actual wedding ceremony in the temple.  The Ft. Collins Temple Open House couldn’t have had more perfect timing.  It helped ease their sad little hearts that they got to see a sealing room and the eternal mirrors in person, even if they couldn’t be there at Landon and Jhena’s sealing.  Especially Josh.  He has been so excited about this wedding and seeing his huge grin in the sealing room as we explained the ceremony was so sweet.

The temple sealing was great.  It was so fun to see neighbors, family and friends all gathered in the temple.  The Sealer was funny.  He kept telling Jhena, “Don’t worry what you don’t understand,” referring to her temple endowment the day before.  He must have said that at least 30 times.  Also, at the end of the sealing he said, “We Mormons are a friendly folk.  But please be reverent in the temple and save the hard visiting for outside.” The hard visiting.  We’ve laughed and laughed at that.  Jhena was a beautiful bride and Landon looked so handsome and happy.

Rusty, Michael and Dan rushed to grab all the kids before pictures.  They all got there just before Landon and Jhena came out of the temple.  Funny story: While I was waiting for my family to get back to the temple I went in search of Cole.  I saw a group of Landon’s friends and I went up and asked if any of them had seen Cole. They all looked at me kind of strange. I was standing right next to him and didn’t even see him!

All the kids were so eager to hug the bride and groom.  And it was so sweet.  There is something about a wedding that just evokes the most tender feelings.  Josh just told me that he was the very first person to hug Landon when he came out of the temple.

Then it was time for many, many pictures.  The photographer was pretty strange.  She kept trying to crack jokes and she must have said, “like” about a million times. And she kept telling us to put our heads together.  Which meant we were bent in some pretty awkward positions.  We were all feeling pretty annoyed by the end.  But we persevered and I’m sure her shots were lovely.  I’ll add some of them here when they come in. 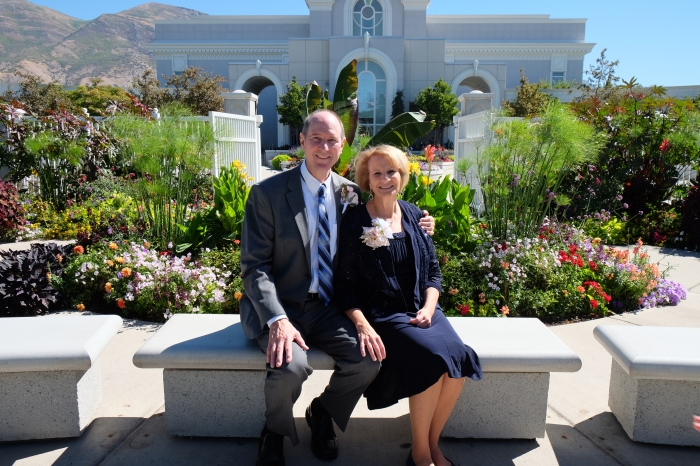 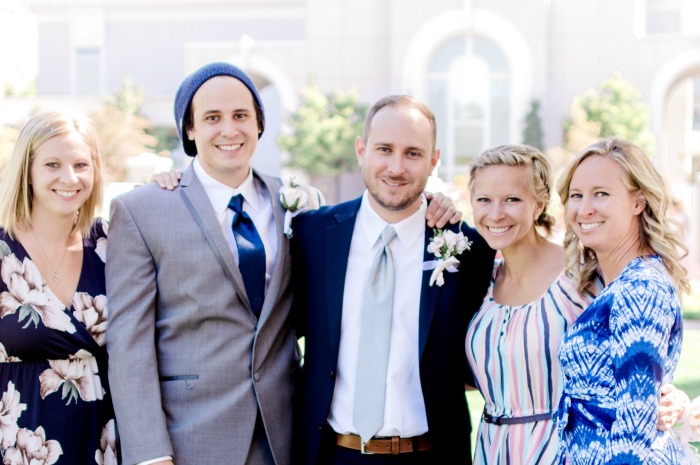 I can’t stop laughing at this one.  Staged laughing is hilarious.

Then it was on to the luncheon at the Old Dome Meeting Hall in Riverton.  It was a beautiful venue!  Magleby’s catered lunch.  We had delicious soups, salads, and sandwiches.  There was a yummy artichoke dip for an appetizer and heavenly chocolate cake for dessert.  My dad gave a cute little speech about Landon and then it was the siblings turn.  We took turns telling Jhena why we thought Landon was going to make a great husband.  We said he was patient, flexible, always up for fun, a tease, and always followed his own heart.  We told funny childhood anecdotes to go along with each trait.  It was fun to meet the Shumway family at the lunch too.  I wish we would have taken more pictures! 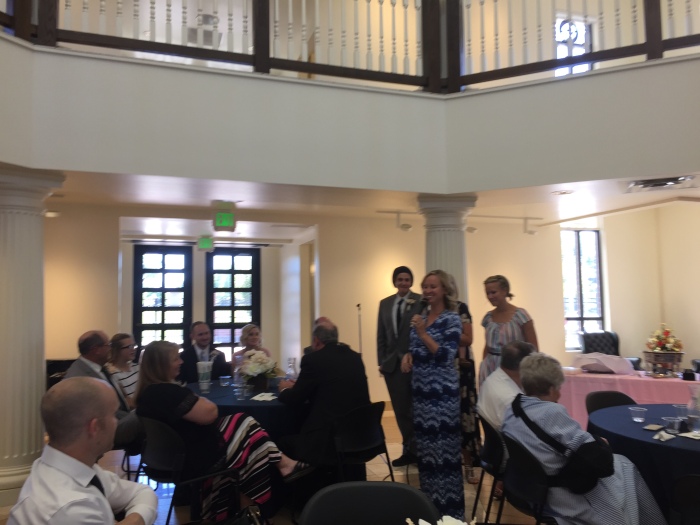 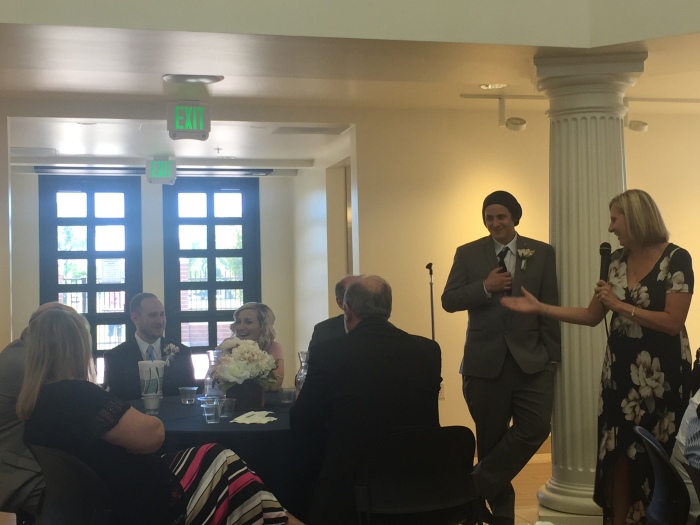 Nat, Mom and I stayed to help set up the reception.  Everyone else went back to Car and Dan’s cute new house for some downtime.  The reception decor was so cute!  Jhena’s mom, Ginger, did such a good job.  Everything looked beautiful and elegant.  After we were all set up we headed to Carlie’s too.

But the wedding cake stole the show.  It was the perfect Landon touch. 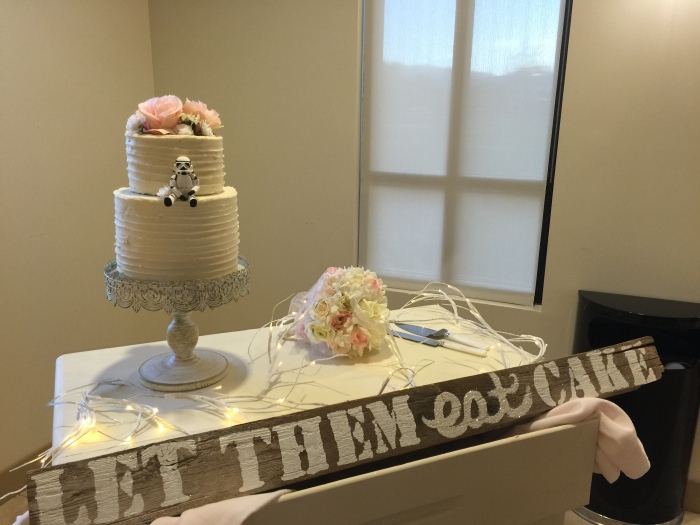 We grilled up a million quesadillas for a quick dinner and then headed back to the reception.  All the kids were SUPER excited for the reception because Cold Stone was catering.  It was delicious and so much fun. 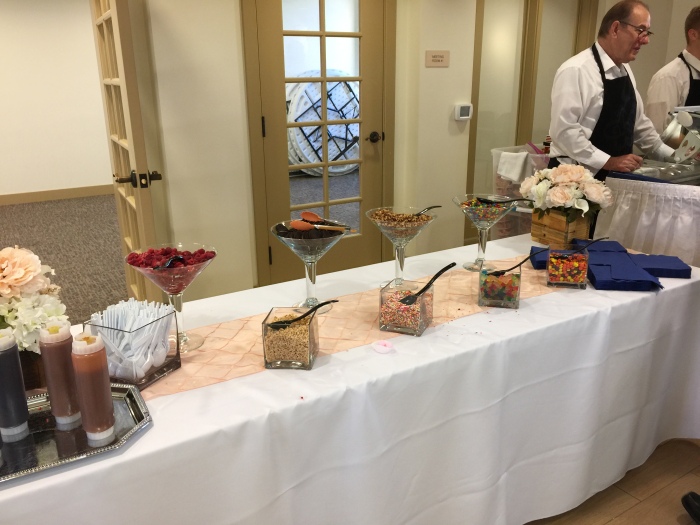 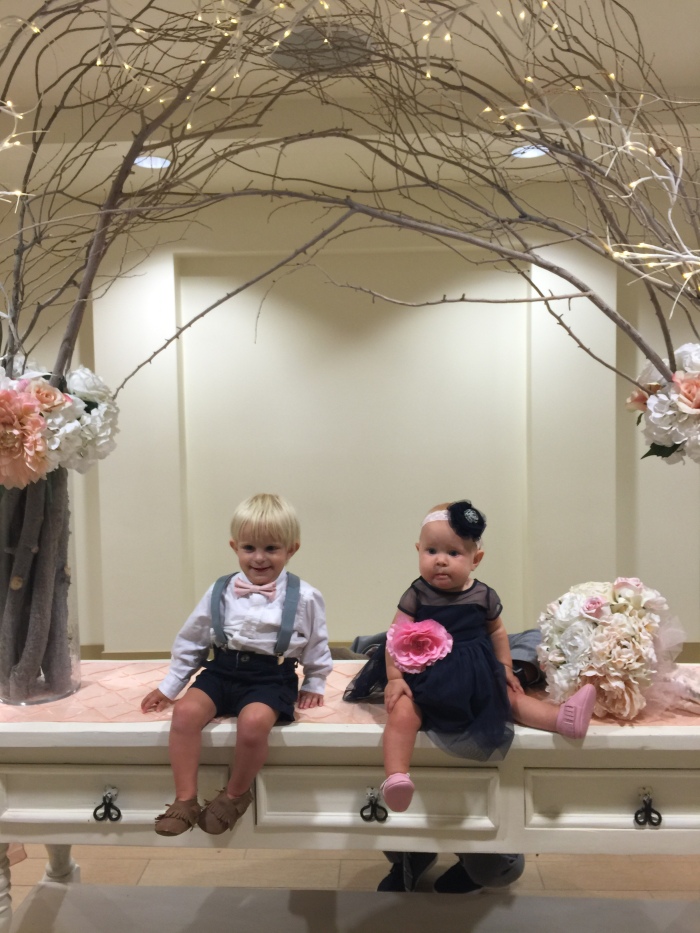 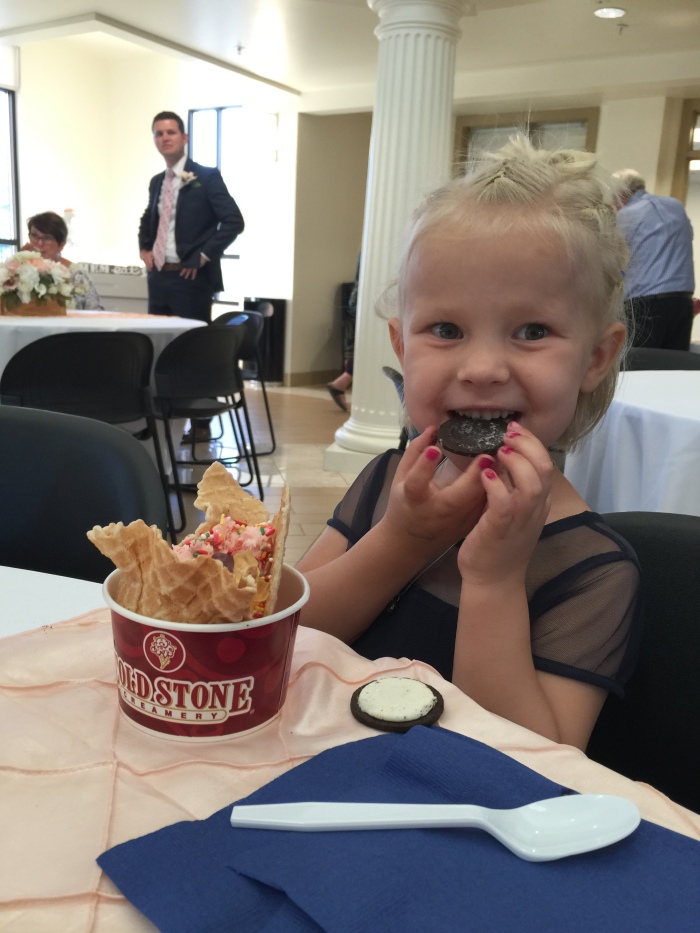 Jhena was pretty exited for the reception to be over.  It’s such a long day!  So after a first dance and and daddy/daughter, mom/son dance we cute the cake, threw the bouquet and got the happy couple on their way.  We all fell in bed pretty exhausted that night.  It was truly a perfect day.  We loved every minute.

But the fun didn’t stop there!  After an early morning run, we threw our stuff in the car and headed to Panaca for reception #2. We stopped in Beaver for lunch at Beaver Taco.  How can you not love this place?  And of course we stopped at Cache Valley Cheese for some squeaky cheese.  Turns out my adult self doesn’t like it nearly as much as my kid self. 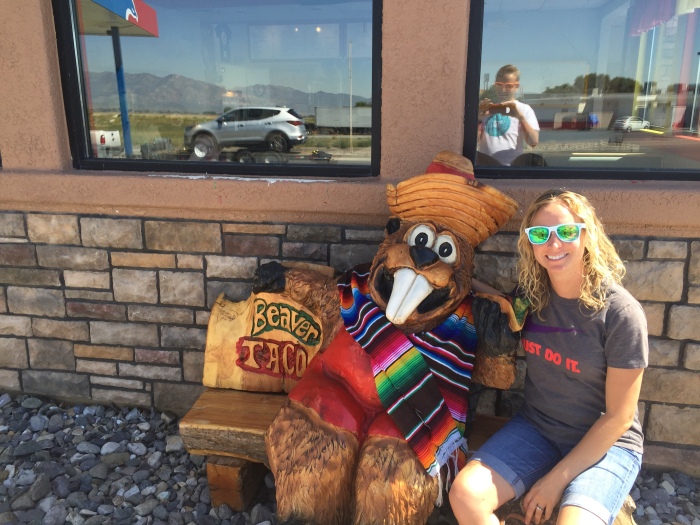 We stayed in the most awesome VRBO.  It used to be a dr office and all the patient exam rooms were now bedrooms.  There was plenty of room for all of us.  So great. 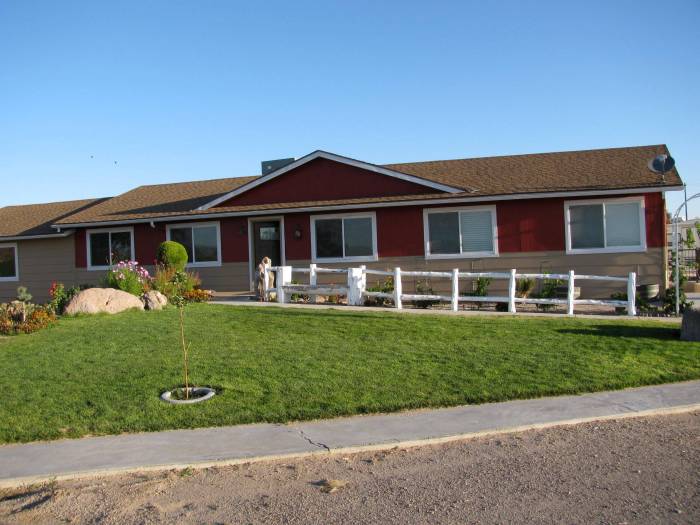 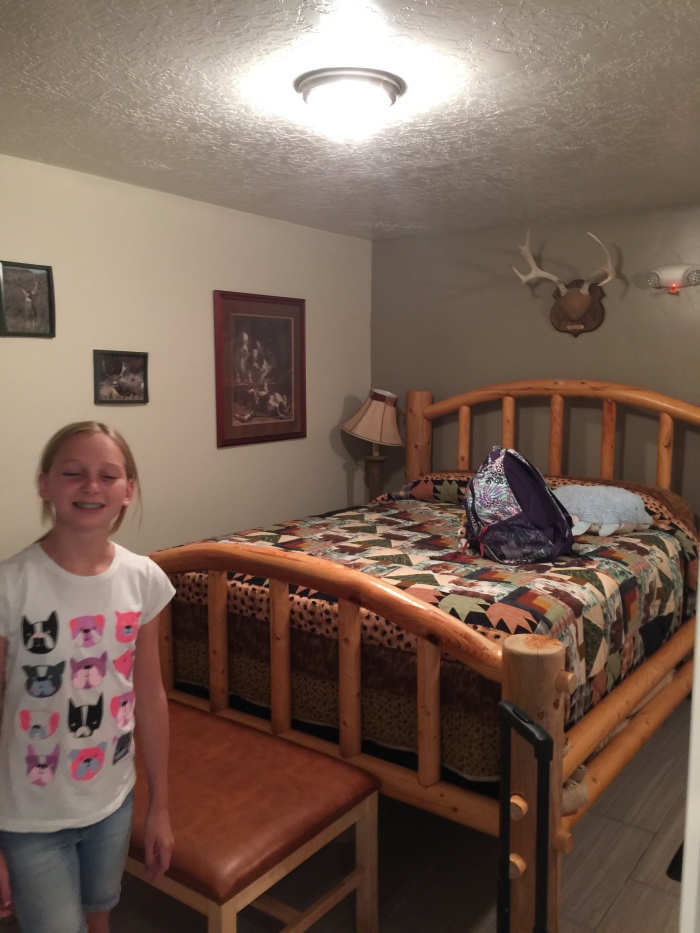 We had a little bit of time before the reception so we decided to go see Cathedral Gorge.  Landon, Jhena and my mom when to get ready for the reception and the rest of us headed for the hills.  It was such a unique place!  The kids had a great time crawling up the rock formations and wandering in and out of the slot canyons.  It was HOT in NV!  We were sweating bullets in minutes. 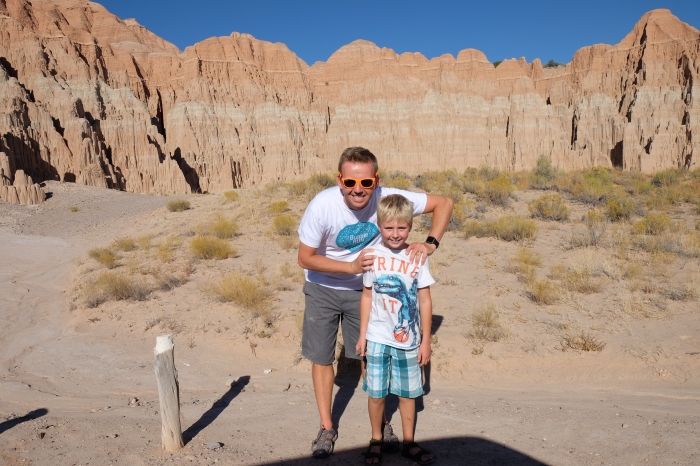 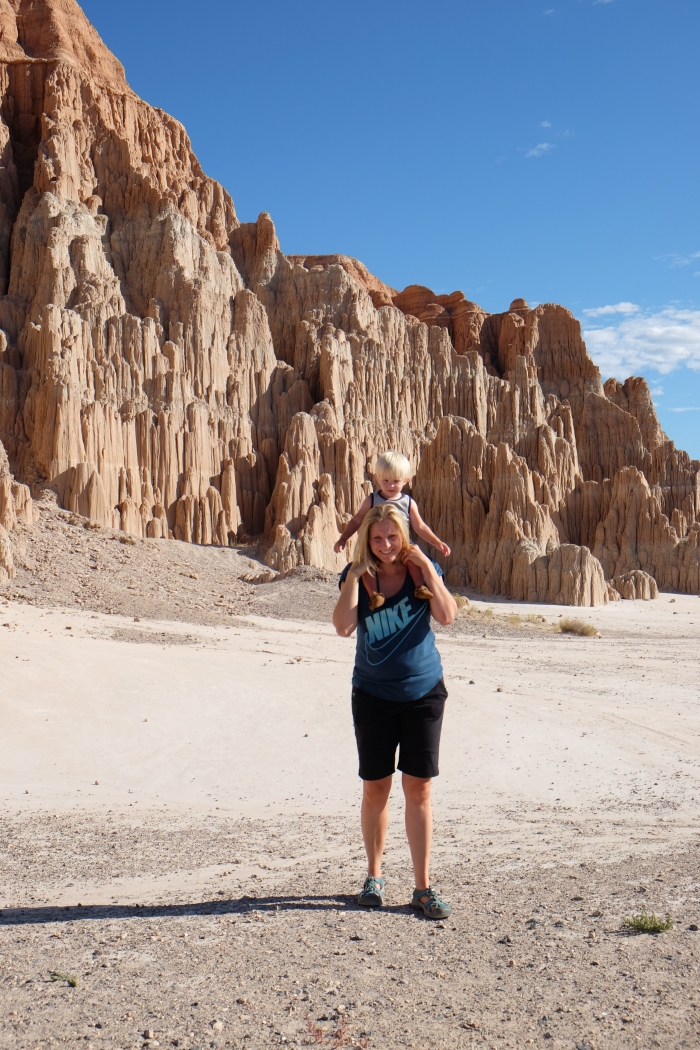 The reception was in Jhena’s backyard and it was lovely!  It was shady and cool and everything looked perfect.  It was fun to meet more of Jhena’s family and to play photographer for the evening.  Me behind the camera meant there were a disproportional number of pictures of the kids.  But they looked so darn cute in their wedding clothes! 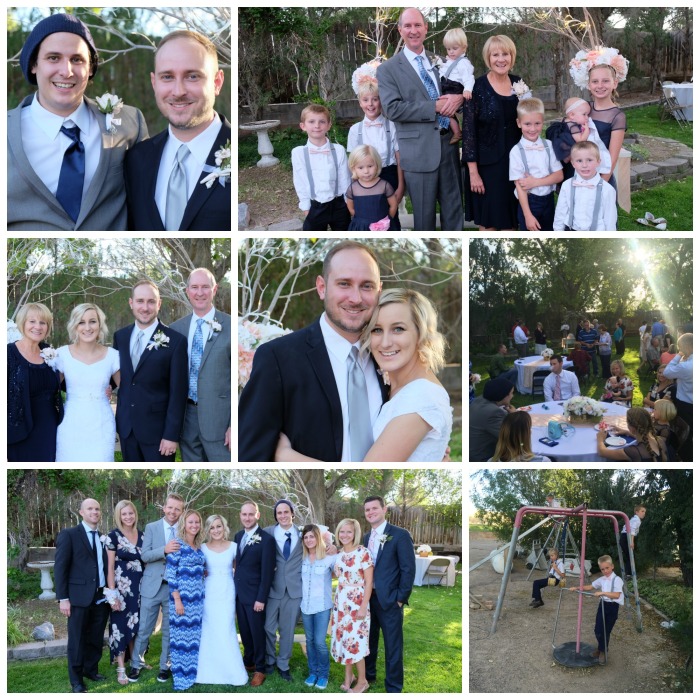 We wrapped things up at reception #2 and the happy couple headed to Las Vegas for the night in order to catch an early morning flight to Maui for their honeymoon.  Cole and Jeannie were going to head out and go camping at Cedar Breaks.  Natalie was trying to convince them to stay and hang out with us.  Cole said, “You will all be in bed before 10:30!”  So, we had to commit to staying up later than 10:30.  It was tough, but we did it 😉  The kids watched a movie and then eventually just put themselves to bed as the adults chatted the night away.

The next day we wanted one last Panaca adventure before heading home.  Jhena’s dad told us about some hot springs so we went to check them out.  Turns out they weren’t very hot at all.  But it was very beautiful.  The kids saw crawdads and tadpoles and that made their day. 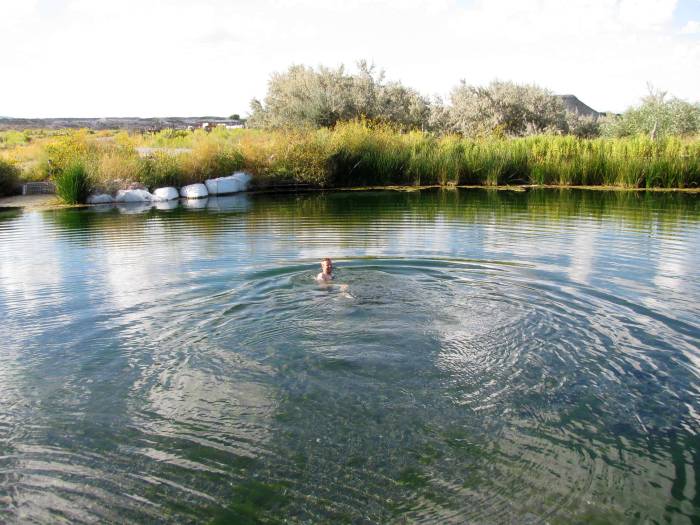 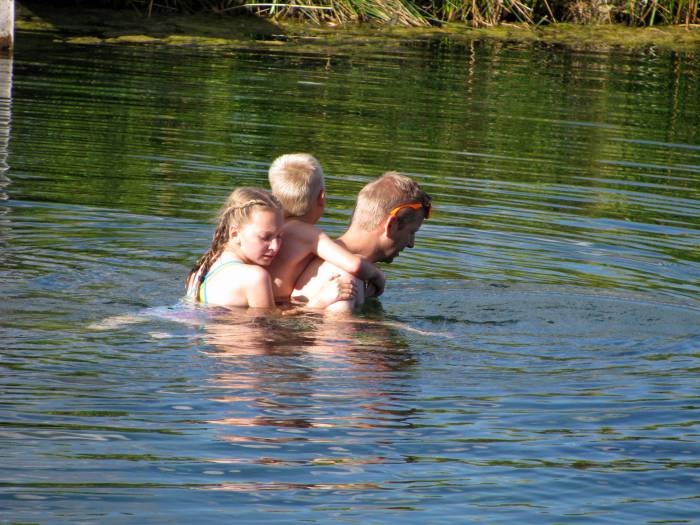 Then time for the loooong drive home.  We stopped in Cedar City and grabbed stuff for lunch and dinner.  That turned out to be a great idea.  Later in the evening we stopped in Glenwood Springs at a park for dinner.  Everyone got to stretch, run around and get their wiggles out.  We made it home around 10pm and we all hope to take a break from the car for a good long while.  What a beautiful weekend.  We loved every second of it!