We walked on sacred ground at Harvard University today.  The tour we took was fascinating—we learned about Harvard traditions and culture, famous Harvardians, and lots and lots of Harvard history—much of which predates the United States!  One interesting fact of the day….women were not allowed to attend Harvard until WWII, and instead attended Radcliff, the sister college down the street.  But, even after women were allowed on campus, they did not receive the same diploma as the men until 1999.  WOW.  But don’t despair, in 2010 there were more women graduates than men.  Go girls!

Halle was delighted to learn that this building was one of the inspirations for Hogwarts.  She said, “Wow…I think I really want to go to college here.  That’s pretty cool to eat every meal inside of Hogwarts!”

We learned about the 3 lies of the John Harvard Statue.  The inscription says, “John Harvard, Founder, 1638.” Actually, the college was founded in 1636, John wasn’t a founder, but donated some land and his library to the college, AND the statue isn’t even John himself.  There was a fire that destroyed John Harvard’s entire library collection and all portraits of the man.  So who is this man?  Most likely it is a former president of Harvard, Sherman Hoar.  Upon their death, most presidents get an upperclassman residential hall named after them.  Harvard did not want “Hoar House,” so they used his likeness for the statue instead

My favorite was the story of the Widener Library.  Harry Widner was killed when the Titanic sunk, not very long after his graduation from Harvard.  His family was very wealthy and donated 3.5 million dollars to the university to build a new library in his honor.  Legend says there were 3 conditions.  1. a vase of flowers and a new book had to be left every night in the reading room for Harry’s ghost.  2. Not one brick or mortar could be altered on the building. (So now the library extends several stories underground) and 3. So as to spare others Harrys fate of drowning, every Harvard graduate had to be able to pass a swim test.

Here’s the lawn where Commencement exercises are held.  Who knows…maybe 15-25 years from now I’ll be sitting here at a Banks graduation! 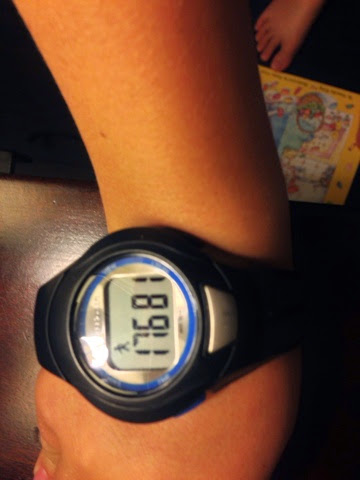