Halle babysat all the darling rugrats so the adults could hit the town.  It’s really a win/win.  She loves to watch the kids, especially because Lynnlee and Sam were there, and we love to go out!

First we zoomed down to Bob’s school (He’s in his last year of Endodontic school) and picked up bikes.  The school has a program where the students can borrow bikes to get around town.  We took them down to the waterfront and rode along the Williamette River.  It was a beautiful night and seeing Portland from the seat of a bicycle was just perfect. We had so much fun crossing the bridges. 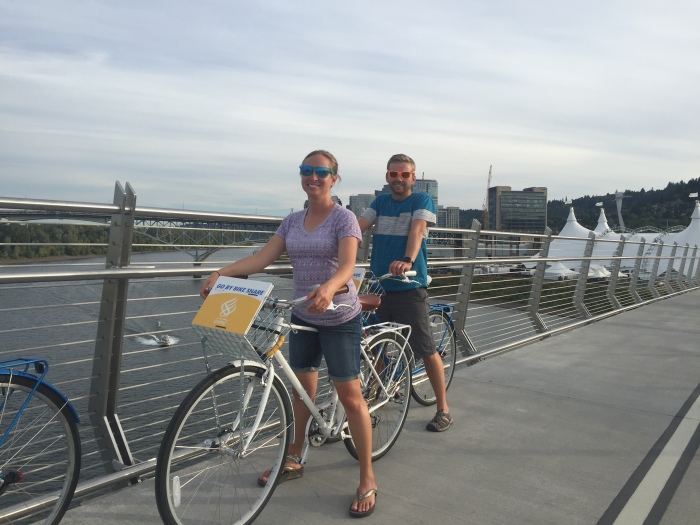 And the highlight of the ride was catching this beautiful sun halo.  And Kimberlie taught us about Sundogs. I couldn’t remember exactly how to describe it, so I’ll turn to Wikipedia.  “Sun dogs, mock suns or phantom suns, scientific name parhelia, are an atmospheric phenomenon that consists of a pair of bright spots on either horizontal side on the Sun, often co-occurring with a luminous ring known as a 22° halo.” It was really a neat thing to see.

We left the riverfront and rode straight through Portland.  I’ve always heard this was a bike friendly town, and it’s true!  No one cared at all that we were riding down the middle of the streets. 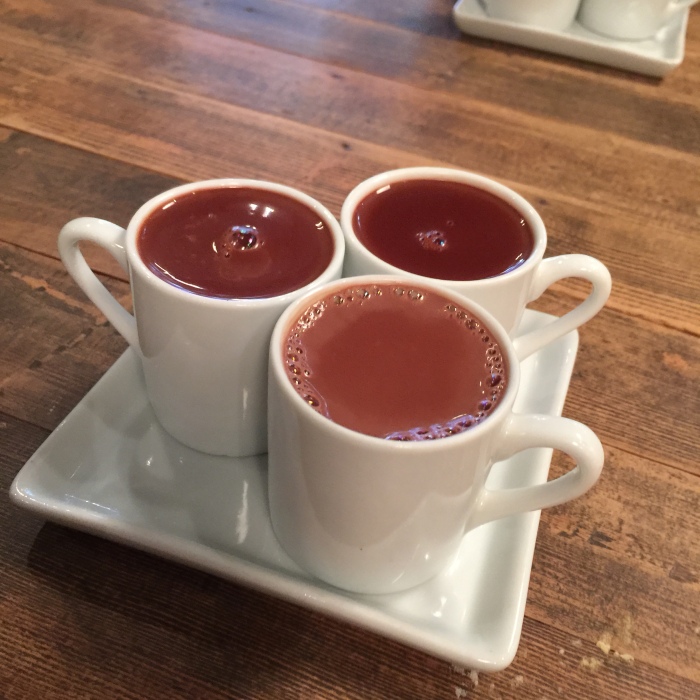 But the party didn’t stop there.  We went to Olympic Provisions for dinner.  It’s in this super cool, industrial part of town.  And, hands down, they served the best foccacia bread that has ever passed my lips.  We shared some plates around and everything was delicious. The dinner conversation was superb and the night flew by way too quickly.  It was the perfect outing for our one night in Portland.  Love those McBrides!